“He's one of the guys that just does not deserve this misfortune at all," Emily Brown said of Turner Valley resident Mike Clark.
Jan 21, 2021 5:08 PM By: Brent Calver
Previous Next
1 / 1 Fire crews from Turner Valley and Black Diamond work to extinguish a fire in the Turner Valley home of music venue Mikey's on 12th owner Mike Clark on the evening of Jan. 17. | Brent Calver/Western Wheel
Expand
Previous Next

The community a Turner Valley man helped foster is now rallying around him in his time of need.

Musicians and staff of Calgary music venue Mikey’s on 12th are coming to the aid of owner Mike Clark, a resident of Turner Valley, after his home was damaged by fire.

The fire, which originated in an upstairs bedroom of the home on Jan. 17, caused significant damage to the home even though fire crews from Turner Valley and Black Diamond were able to extinguish it before it spread.

Emily Brown, a former manager of Mikey’s, began a GoFundMe page, rallying the music community and other staff members to support Clark in his time of need.

“The night after, his co-owner and our chef had heard about it,” Brown said. “It was brought to our group chat and the whole team and everybody that's worked there were really tight.” 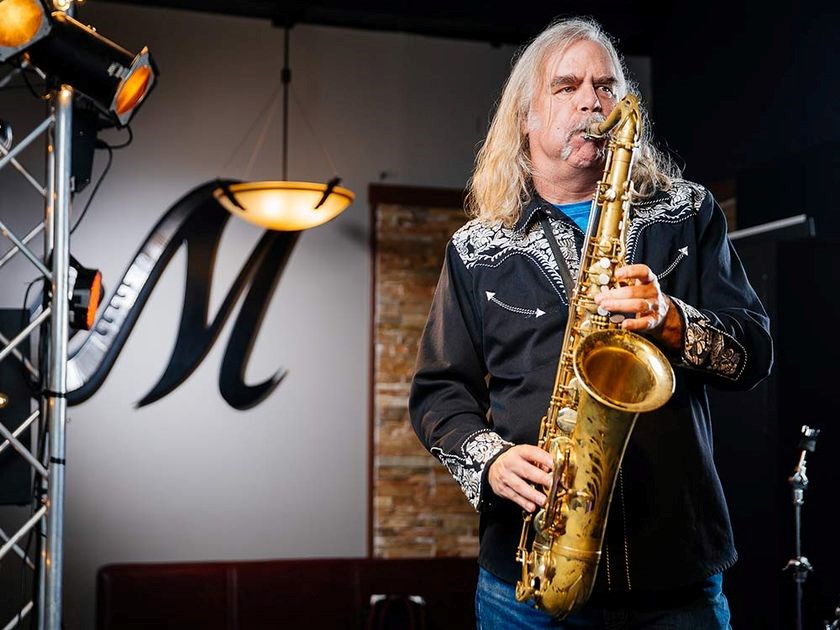 “The community support has been really awesome,” Brown said.

Clark said the support has been uplifting.

“We’re really heartened by the music community in Calgary and the Mikey’s family,” Clark said. “So that’s helping a lot.”

While the fire was contained mostly to an upstairs bedroom and the attic, Brown said the extent of the damage is still unknown due to water and smoke.

“We're coping, I think. The shock is starting to wear off now,” Clark said. “We're starting to realize we have a different reality for the next little while as our house gets torn apart and hopefully rebuilt.”

While the family made it out of the home, Clark’s cat Isis perished in the fire.

Brown said the fire was a gut punch to Clark as his music venue has been shuttered during the COVID-19 pandemic.

“With live music venues due to COVID they're almost all shut down or close to being shut down, so this is the worst timing for Mikey,” she said.

Despite the shutdowns and separation, the close-knit community Clark has helped to foster through his venue is coming full swing to help him, Brown added.

“We’re all supposed to separate, but in turn it’s all bringing us more together," she added. “I think this is a prime instance of that, where Mikey’s music has brought so many people together, even amidst us having to stay physically apart.”

She said it couldn’t have happened to a nicer person, that Clark was always generous and well-liked in the Calgary music scene.

“He's one of the guys that just does not deserve this misfortune at all, but I'm just really happy that I'm part of the team and that I can call him a friend and my boss and that everybody feels the same about him,” Brown said.

Clark, who Brown said has a history of giving back to the community, said he isn’t used to being on the receiving end.

“We're really humbled and heartened by the outpouring from the community,” said Clark, adding that he’s not used to being on the receiving end. “Sometimes it's harder to receive than it is to give — we've done a lot of fundraisers and stuff at the bar over the years and people are giving back to me now.”

Clark also added that he wanted to thank the firefighters.

“I like to say thanks again to all the firefighters from Black Diamond and Turner Valley that were there and put (the fire) down real quick," he said.

The GoFundMe page can be found here.