The Cactus Club Salon and Spa continues to be a popular pick in the Best of the Foothills Readers’ Choice Awards, receiving three gold, one silver and three bronze awards.
Sep 16, 2020 11:51 AM By: Tammy Rollie 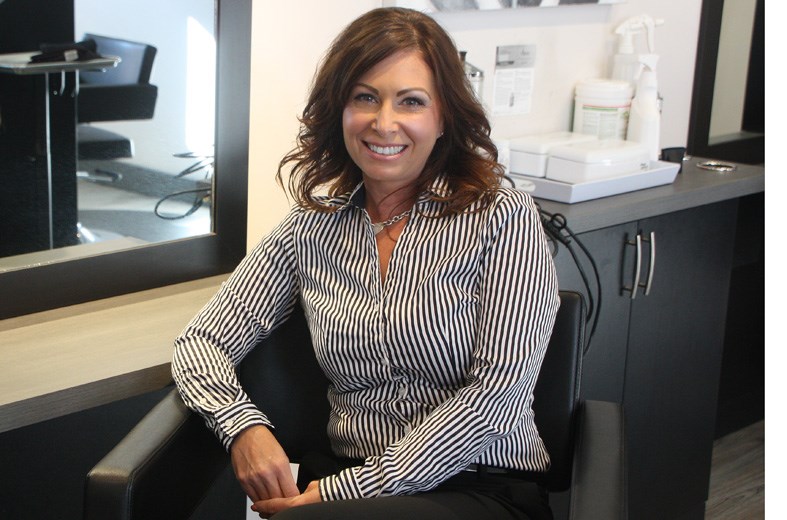 Mandy Best, owner of Cactus Club Salon and Spa, attributes her business' success in the Best of the Foothills Readers' Choice Awards to the hard work and dedication of her staff. (Tammy Rollie/Western Wheel)

A popular salon and spa in downtown Okotoks is upholding its position as the best in town.

The Cactus Club Salon and Spa continues to be a popular pick in the Best of the Foothills Readers’ Choice Awards year after year. This summer, the independently-owned business received three gold, one silver and three bronze awards.

“I’ve got a book that contains all of the certificates in it and I believe we’ve won a culmination of awards every year since it began,” said owner Mandy Best. “It has a lot to do with the longevity of the staff that we have. All of my staff put their clients above all else and it really shows in not only their work, but also the way that they make people feel.”

“I’m extremely humbled this year because we received gold in the three categories that we hold most dear – best hair salon, best aesthetics and best massage,” Best said. “Those three categories represent, truly, every employee in my business and that just shows me and my staff that everybody is doing the absolute best they can.”

Best began working at the Cactus Club in 2008 as a hairstylist. Two years later, she took over as owner.

“The previous owner built an amazing business and valued teamwork, customer service and quality of work above everything, so when I took over in 2010 I was definitely given a business that already had a great culture,” she said.

“We bring in all sorts of world class educators and we’ve traveled all over the place,” she said. “I’ve taken our staff to London to the TONI&GUY Academy and Montreal to Oligo Professionnel. We have to be on the cutting edge of style and trends on the hair salon side of things. Everybody in the building gets consistent education year round.”

Faced with a world-wide pandemic this year, Best said her staff went above and beyond.

“We had no idea what we were in for, but my staff came back with such positive attitudes and such bravery,” she said. “They are doing better than they ever have and I’m just so proud of them.”