A Black Diamond car wash owner who was forced to shut down when the town increased its water restrictions last month would like to see some changes.
Sep 20, 2017 12:00 AM By: Tammy Rollie 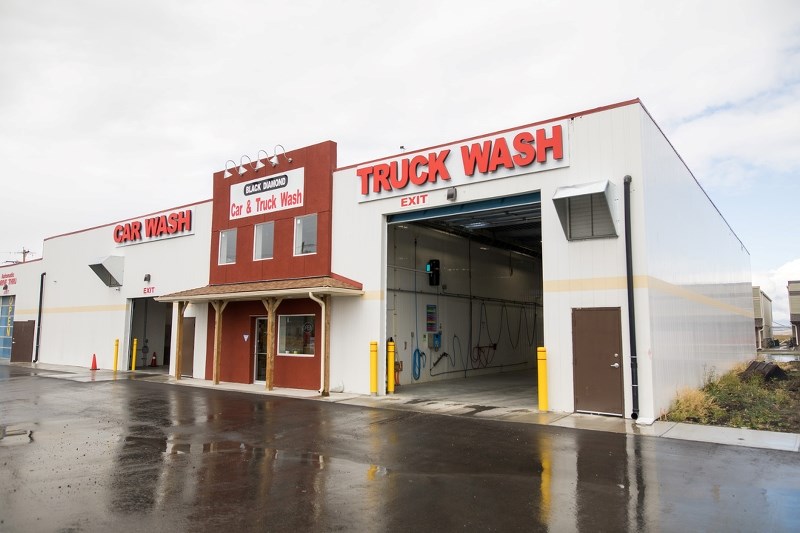 A Black Diamond car wash owner who was forced to shut down when the town increased its water restrictions last month would like to see some changes.

Jae Lee, co-owner of Black Diamond Truck & Car Wash, said the Town of Black Diamond gave him two days notice to close his business when the Town increased its water restrictions from level 2 to 3 in early August.

The three-year-old water conservation bylaw, shared by Black Diamond and Turner Valley, prohibits all outdoor and non-essential water use, including the operation of commercial car and truck washes for level 3 restrictions. Black Diamond has two.

“We’re a fairly new business,” said Lee. “I just took over in June. On my second month in I just got a two-day notice from the Town that basically told me to shut the business down.”

The Towns of Black Diamond and Turner Valley, who share water sources, issued the level 3 water restriction on Aug. 4 after the raw water reservoir dropped to almost 70 per cent capacity, the threshold where the Sheep River Regional Utility Corporation (SRRUC) implements the highest level for water restrictions. It was lifted three weeks later.

“I even offered, ‘Let me run it with reduced business hours or we will try not to clean the bay as often,’” he said. “’We will cooperate, but you can’t just tell me to shut the door down on a business that spends so much money on property taxes every month.’ They said, ‘Sorry Jae, that’s what the bylaw says.’

“What’s the future plan here? Is this going to happen again next year?”

Lee wrote a letter to the Town asking that they change the bylaw so it doesn’t impact local businesses.

“Because I’m a car wash I need to shut the door?” he said. “I don’t think that’s fair. Give us some exceptions here so we can still run the business. If sales are going down because people shouldn’t wash their vehicles, that’s a completely different story.”

At its Sept. 6 meeting, Black Diamond Town council gave administration direction to meet with Turner Valley administration and SRRUC to review the bylaw and discuss amendments.

Brown told council she looked at summer water consumption rates among businesses and noticed that use by the town’s two car washes is less than some busy restaurants.

“Only car washes are specified (in the bylaw),” she said. “Their businesses are greatly impacted. Is that fair for that business? That’s basically what it comes down to.”

Brown said the Towns’ water conservation bylaw could be amended to reflect what surrounding municipalities do in the event of a level 3 water restriction.

Since the 2013 flood, about 65 per cent of Black Diamond and Turner Valley’s water supply has been recovered and SRRUC is working on locating more sources to replenish the raw water reservoir. The corporation is currently awaiting approval to pump approximately 6,500 cubic metres of water per day out of the Sheep River.

Lee said he understands the Town hasn’t recovered all of its water sources since the flood, but that he did get a permit to build the car wash despite the water situation.

“Obviously the town is growing,” he said. “What’s the town’s plan to accommodate that so a guy like me is not hurting because of it?”

Lee said he shut his door for two days before deciding to haul water from an external source, which cost him about $10,000 in expenses and lost sales.

Black Diamond Truck & Car Wash sales dropped by about 30 per cent, said Lee. He also lost business on the Heritage Day long weekend, which he said is usually the busiest weekend in August.