The Turner Valley Rate Payers Board and Diamond Valley Chamber of Commerce are pairing up to offer several Candidate to Councillor Series.
0
Jan 24, 2020 8:00 AM By: Tammy Rollie 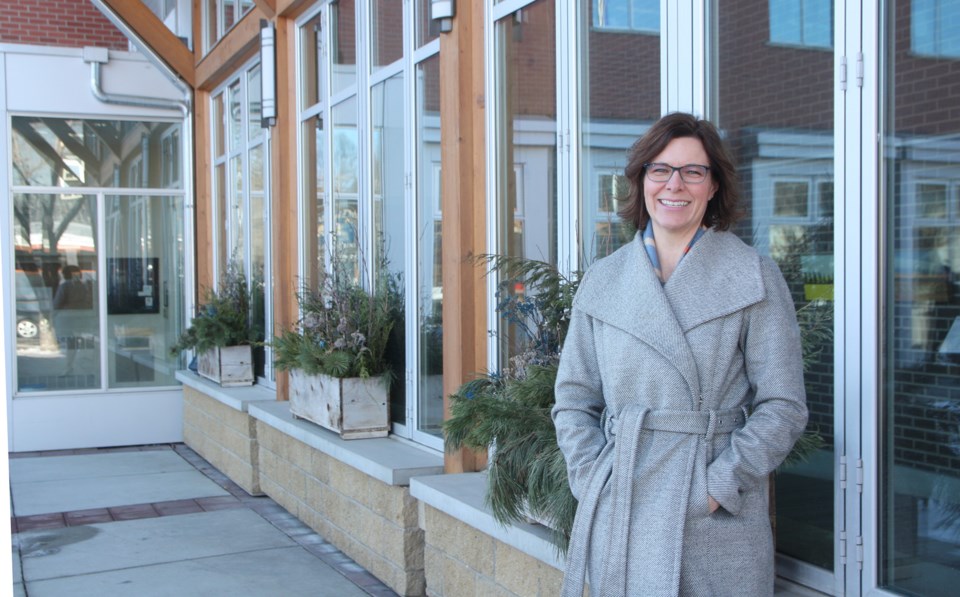 Okotoks Coun. Tanya Thorn will provide her expertise during the Candidate to Councillor Series at the Valley Neighbours Club in Turner Valley Jan. 30. (Tammy Rollie/Western Wheel)

An Okotoks councillor is giving citizens the low-down on what it takes to serve as an elected official in municipal politics.

Tanya Thorn is offering her expertise at the first of several Candidate to Councillor Series that’s being hosted by the Turner Valley Rate Payers Board and Diamond Valley Chamber of Commerce over the next several months.

The first session is at the Valley Neighbours Club on Jan. 30 at 7 p.m. and will be moderated by former Okotoks councillor and federal Foothills constituency manager Carrie Fischer.

“The intent of it really is to educate people that are thinking about running for municipal council,” said Thorn, who is also vice-president of the Alberta Urban Municipalities Association. “It’s a great opportunity for people to come out and hear what the process looks like and what the job entails.”

Thorn, who is serving her second term on Okotoks council, said she will speak about her experiences on council, how to prepare to run for council and what a campaign looks like. Thorn spoke last fall at an event hosed by Ask Her YYC, an initiative to get more women to run for Calgary city council in 2021.

Thorn will also talk about the dangers of candidates running with a personal agenda in mind.

“It’s about more than getting involved in a single issue,” she said. “If you’re going to run to decrease taxes that’s the wrong reason to run. You need more than that because it’s far bigger than just that element.”

The Candidate to Councillor Series will also give Thorn the opportunity to clear up some misconceptions.

“I think that sometimes there’s a misconception out there that you can’t run for council if you don’t know anything about engineering, for example - that you have to have a depth of knowledge in so many different things, but you really don’t,” she said. “You have to be able to ask questions and be prepared with the information you’ve been given. You don’t need to be experts. That’s why you have administration. They’re experts in the field.”

Thorn said she will also provide her experience on the rewards of being a councillor.

“It’s one of those places where you get an opportunity to have a direct impact on your community,” she said. “You are impacting the day-to-day life of your residents. There’s a lot of reward in that, in my opinion. I think it’s import for people to get involved and step up and get engaged.”

Todd Williams, Turner Valley Rate Payers Board president, said this will be the first of many meetings and online events the groups will host before the 2021 municipal election.

Williams said the series strives to engage the public while educating voters and better preparing those planning to run for municipal government.

“Our goal is to continue to build on the theme of better municipal politics - think national and provincial and act local,” he said. “We just really want to see that our community is staying engaged with municipal government.”