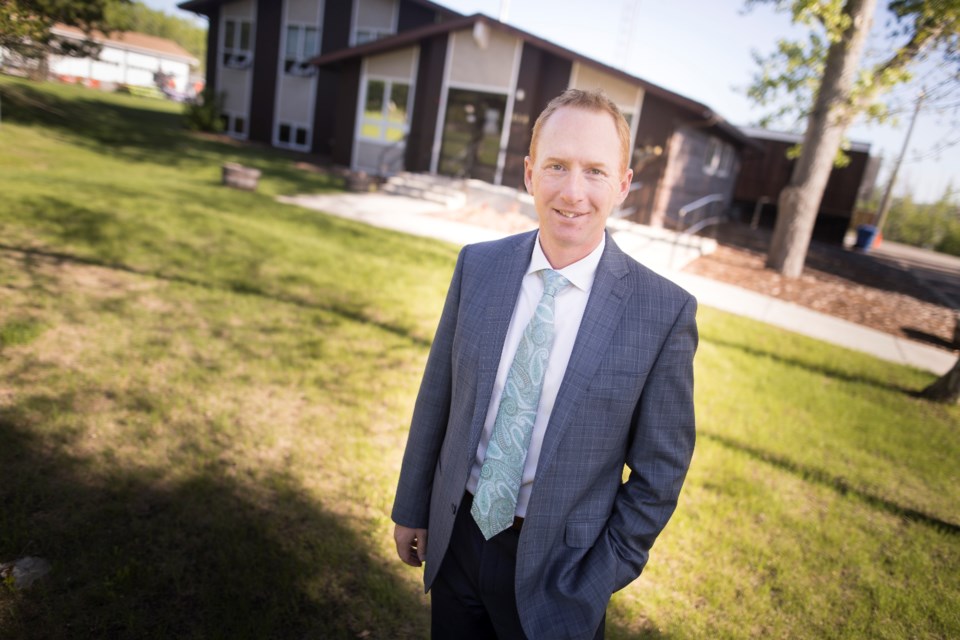 Turner Valley has lost its CAO for much of the same reasons he came to the community some three years ago.

Todd Sharpe is looking for new opportunities, despite enjoying his time working in Turner Valley.

“I am going to start my own business and hope to work with municipalities and non-profits,” Sharpe said. “It is purely about a window of opportunity in my personal life.”

Sharpe was the general manager of parks and recreation in Medicine Hat before coming to Turner Valley.

“I was treated very well in Turner Valley by not only the staff but council as well,” Sharpe said. “I loved working in the Foothills. The working relationships with Black Diamond, Okotoks and High River and other municipalities was second to none. We were all willing to work with innovative ideas.”

One of those close friends, Black Diamond, had Sharpe, Black Diamond CAO Sharlene Brown, the towns’ respective  councillors and staff, coming up with innovative ideas to explore an old option — the amalgamation of Turner Valley and Black Diamond.

“I knew that there had been conversations for many years,” Sharpe said. “I enjoyed it. As much of the work we do on the municipal side is very reactive. Working on that project, it was very proactive for all the right reasons... to me the amalgamation is good news story.”

He said he was able to have open, tough conversations with his counterpart in Black Diamond, Brown.

Sharpe's career in Turner Valley was aided by the positive situation he inherited when former CAO Barry Williamson retired three years ago.

“We just continued on with what he was building on there,” Sharpe said.

He’s most proud of the people who work in and for Turner Valley.

"I am really proud of the people who work in Turner Valley,” Sharpe said. “The residents are very well served by not only the management team, but the front-line staff are some of the most committed people I ever worked with.

“We were able to build some real depth in Tuner Valley."

However, there were obstacles when he stepped in.

“One of the first things that stared us in the face was cannabis legislation,” Sharpe said. “Then we were in the midst of a provincial recession and then COVID hit was a 1-2 punch.

“I was proud at the way staff stepped up.”

For council, Sharpe’s leaving was a surprise.

“It was an unexpected departure,” said Mayor Barry Crane. “Council was quite happy with his work.

“The two of us being younger guys, in our mid 40s, we had a common understanding and we worked well together.”

He said the start of bringing their close neighbours to the east, Black Diamond, even closer was a highlight of Sharpe’s three-year tenure.

“Getting our amalgamation talks to the negotiating table was always a priority for council,” Crane said. “There were always roadblocks to getting to those steps in the past.

“Todd did a great job in building those relationships with Black Diamond.”

“The staff were very appreciative of his leadership style,” Crane said. “He did a great job of gelling the staff around the vision of council.

“Staff liked him, I’m sure it (Sharpe’s leaving) came as a surprise to them as well.”

While amalgamation talks are a plum part of the job which receives plenty of attention, Crane said Sharpe was strong at the day-to-day nuts-and-bolts type aspects of the job.

“It’s one of those soldier-in-the-mud type jobs,” Crane said. “Every job is different, there is a challenge every week that is presented differently."

Sharpe was also effective in keeping the clear guidelines between staff and council, Crane added.

“Council has one employee and that is the CAO,” Crane said. “It’s an important relationship of any council to respect the division of their employee, the CAO and the staff that works under him.

“Our council respects that very effectively and he helped ensure that we stayed in our own lanes.”

Heather Thomson, head of legislature services with Turner Valley, will take over Sharpe’s position in the interim.

“This will be Heather’s fourth time stepping in as acting CAO,” Crane said. “She is a fantastic employee to have on this team. She can always mufti-task to fill any void... She is an ideal fit, but she’s is heading for retirement soon.”

Crane said the Town has received several applications since the CAO position was posted earlier this month.

Council is hoping for a six-to-eight-week turnaround to replace Sharpe.