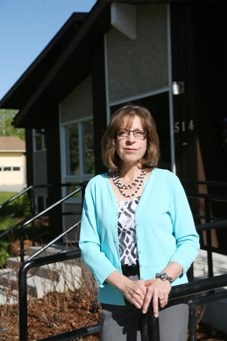 The Town of Turner Valley&#8217; s Monique LeBlanc began her duties as assistant chief administrative officer last week. LeBlanc has been employed with the Town the last four years.

Turner Valley’s new chief administrative officer is getting a helping hand as he begins his various duties in the town of 2,200.

“As a support to Barry it will ensure that we have a strong leadership team at the helm to direct the community toward the objectives in service to our residents,” said LeBlanc last week.

LeBlanc held the title of assistant CAO in past years, but her duties shifted as the position of CAO was contracted outside of the Town.

Mayor Kelly Tuck said putting LeBlanc in the role of assistant CAO is part of the Town’s succession planning.

“It’s someone to move into that position when Barry retires,” she said. “We want to make sure we have someone in that position for a long time.”

In the last 10 years, the CAO position was filled by the Town’s own employee, then it was contracted through an outside company and then through the MD of Foothills before Williamson took on the role this month working directly for the Town, said Tuck.

“There are so many projects going on in the town of Turner Valley and having someone full time committed we wanted to have our own contact,” she said. “There is so many things going on, especially since the flood.

“We’ve got $30 million worth of projects, the spray park, moving of the campground, downtown revitalization.”

As assistant CAO, LeBlanc’s duties include supporting Williamson in building partnerships with Black Diamond and other communities to attract more businesses to the community, overseeing such projects as the downtown revitalization plan and improving communication with residents.

“I’m looking forward to continuing my work with him,” LeBlanc said. “He is very familiar with the issues at hand and is highly qualified and experienced in the area and will bring some great knowledge and leadership to the organization.”

LeBlanc will continue her duties as community services manager — in charge of the Town’s economic development strategy, promoting the community and overseeing town events.

Since joining the Town of Turner Valley team four years ago, LeBlanc helped contribute to many improvements in the community ranging from the development of a downtown revitalization plan that will include a visitor information centre, market, town square and shops to attracting new businesses to town.

“That’s especially important now that we continue in our flood recovery period and I’m excited about having the opportunity to be able to help move the community further along that path to prosperity,” she said.

Williamson, who was a Turner Valley councillor for almost 10 years before beginning his role as CAO last week, knows LeBlanc well and looks forward to working with her in her new role as his assistant.

“To have a defined second-in-command person, the organization knows who that is and I can rely on that person as a partner and she can provide coverage for me when I’m not available,” he said. “That provides the kind of consistency and stability you need in an organization.”