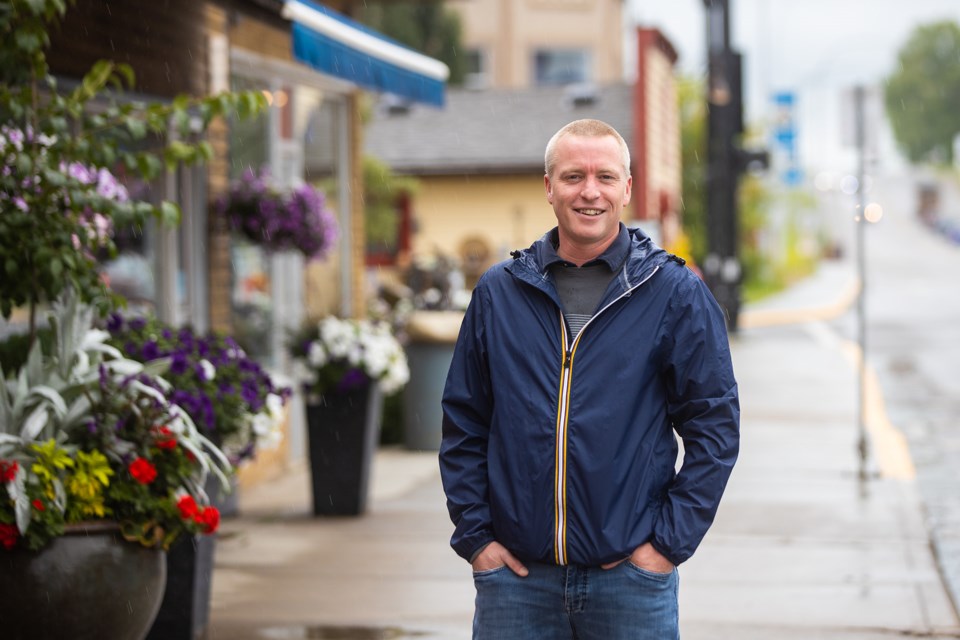 Ryan Lindsay, executive director of the Foothills Tourism Association, said the organization will maintain aspects of Cool Little Towns initiatives, including its tours and logo.

A branding initiative that’s been gaining attention in the Foothills is dissolving, but its image will remain in the region for a while yet.
Cool Little Towns member representatives have been working with the Foothills Tourism Association (FTA) in recent months to transition its assets and dissolve its operation, a move that will become official Aug. 30.
Monique LeBlanc, Cool Little Towns chairperson, said the municipal-run organization had come to a standstill due to lacking resources.
“Cool Little Towns did a really great job of branding and promoting where it could, but regrettably it just didn’t have the resources to be able to connect with the businesses directly and provide them with the additional benefits that the Foothills Tourism Association will provide through their marketing plan,” she said.
Cool Little Towns is a municipal organization representing eight communities and operated by municipal staff, chamber members and economic development organization volunteers with a long-term vision of transitioning to a business-driven structure.
Its initiatives were supported by Travel Alberta, Alberta Tourism and member municipalities through blogger connections and grant funding that enabled it to establish branding, themed driving tours and a website.
Its member communities are Black Diamond, Bragg Creek, Foothills County, High River, Longview, Nanton, Okotoks and Turner Valley.
“Essentially it’s a volunteer position,” said LeBlanc. “It’s very difficult to be able to maintain the energy and focus needed to be able to take it to the next level. I feel satisfied that we have completed our mission as an organization.”
In December, Cool Little Towns underwent an organizational review to determine its next steps, said LeBlanc. It was decided to seek out a partner with a similar mandate to promote tourism within the foothills region, she said.
“We realized that the business model was unsustainable in the long term, primarily because we didn’t have the buy-in from the tourism operators,” she said. “That was due to the fact that we didn’t have enough funding to create a coordinated position to develop a membership base.”
Another missing piece was partnerships with local businesses, said LeBlanc.
“To be truly successful, we have to be business driven,” she said.
That’s where the Foothills Tourism Association came in.
“The FTA provides the tools by which you can implement some of the Cool Little Towns initiatives, which included involving the businesses and elevating the marketing to the point that provided more value for businesses,” she said. “We are very excited about this transition and we look forward to the FTA taking what was initially a vision of promoting this area to the next level.”
The association is a board of local business owners in a non-profit initiative aimed to stimulate growth and tourism year round in the Foothills. Following its inaugural conference in March, the association has been well received with support from the Province, Travel Alberta and more than 500 foothills businesses.
FTA executive director Ryan Lindsay said it aims to keep elements of Cool Little Towns, including many of its tours and its logo.
“It’s obviously a very historical cornerstone of the tourism from this area,” he said. “Obviously we can’t be a double brand, but we’re going to keep some of the elements.”
In the past few months, the association has been creating Travel Alberta profiles for Foothills businesses, and Lindsay said its incorporating elements from the Cool Little Towns language.
He said it’s not something the association wants to completely dissolve.
“I’m driving though Turner Valley and they still have Cool Little Towns flags up,” he said. “We’ll leave them up and strive to use some of the brand.”
To learn more about Foothills Tourism Alberta go to foothillstourism.com