The Society of Tilt and Lance Cavalry is bringing historical societies from different eras and cultures together for its Time Island Project Sept. 14-15.
Sep 10, 2019 8:30 AM By: Tammy Rollie 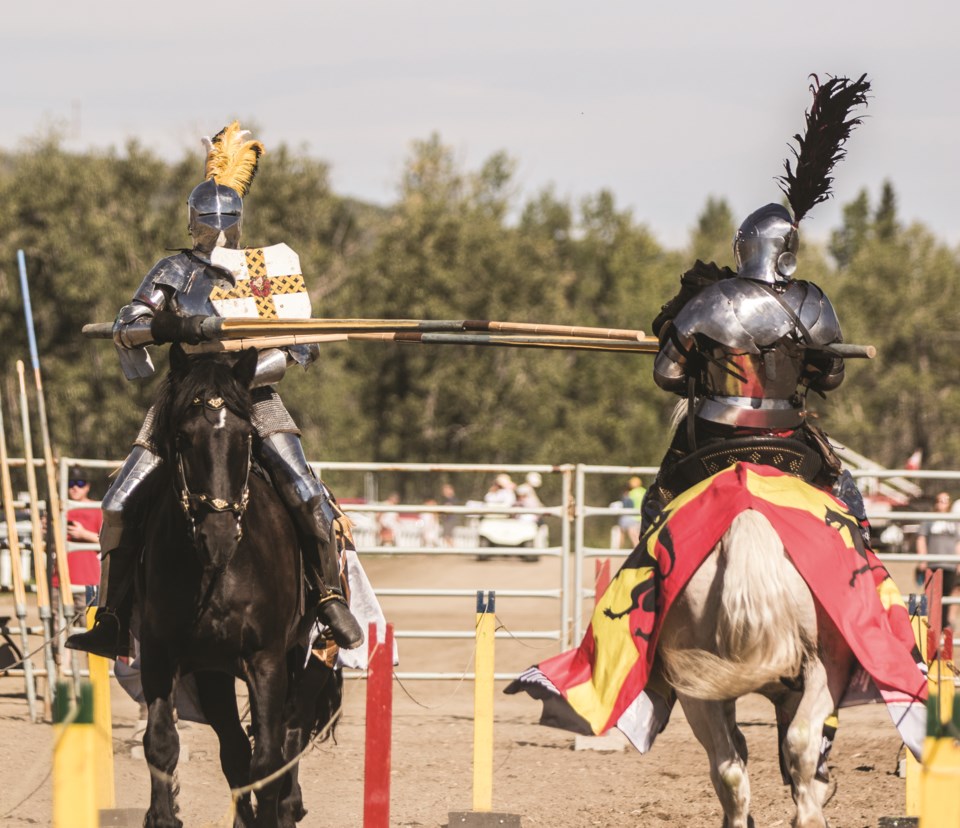 Fire-breathers, storytellers and jousters are among the cast of characters that will roam Time Island at the Millarville Racetrack this weekend.

The Society of Tilt and Lance Cavalry is hosting its Time Island Project, where it will bring historical societies from various eras together for a weekend of re-enactments, performances, demonstrations and games Sept. 14 and 15 from 10 a.m. to 5 p.m.

The premise behind Time Island is time travellers, also known as chrono masters, abducted people from different eras and cultures and placed them on the island.

“There’s going to be people there from the Victorian, Viking, medieval and highlander eras,” said society president Radar Goddard. “We have enough going on that you can wander around and spend a lot of time in each era.”

More than 50 volunteer actors from a dozen societies will be in costume wandering through the different eras and cultures with their own backstories, according to Time Island marketing director Kyrsten Devonshire.

“As you’re traveling through there’s going to be different reenactments set up throughout the island,” she said. “For instance, if you enter the Victoria era you’re going to be having tea with the Victorians. They’ll be showing you what life was like in the Victorian age.”

The medieval village will feature jousting every 90 minutes while the Vikings will burn a ship, said Devonshire.

“As people are walking around they’re getting entertainment from each era that’s set up,” she said. “It’s a family-fun event that introduces people to the life of our ancestors and, through storytelling, reenactments and performances, we’re hoping that people can escape the laws of time that they’re bound to today.”

Vendors will sell items that would have been found throughout the different periods like chain mail jewelry, medieval jewelry, soap, woodworks and ironworks.
Devonshire encourages people to lose themselves on Time Island.

“It’s going to be a historic storytelling,” she said. “Experience what life was like in all these different eras and cultures.”

Visitors can end Saturday with a traditional medieval feast fit for a king or fit for a peasant at 6:30 p.m.

The low-end buffet-style peasant supper costs $35 and the high-end plated royalty banquet is $60. The Circus of Hell, a fire, circus and sideshow entertainment group, will entertain throughout the evening.

The schedule of events on Time Island will be similar both days, with the exception of the meal.

Proceeds from the weekend will support Can Praxis, which helps veterans and first responders and their spouses dealing with post-traumatic stress syndrome regain themselves through the use of equine-assisted learning.

For more details about the event go to timeislandprojectsociety.com