The Foothills Lions Club is offering a $250 reward for information leading to the capture of culprits responsible for stealing and damaging property at the Bob Lochhead Memorial Lions Campground.
Oct 16, 2020 8:00 AM By: Tammy Rollie 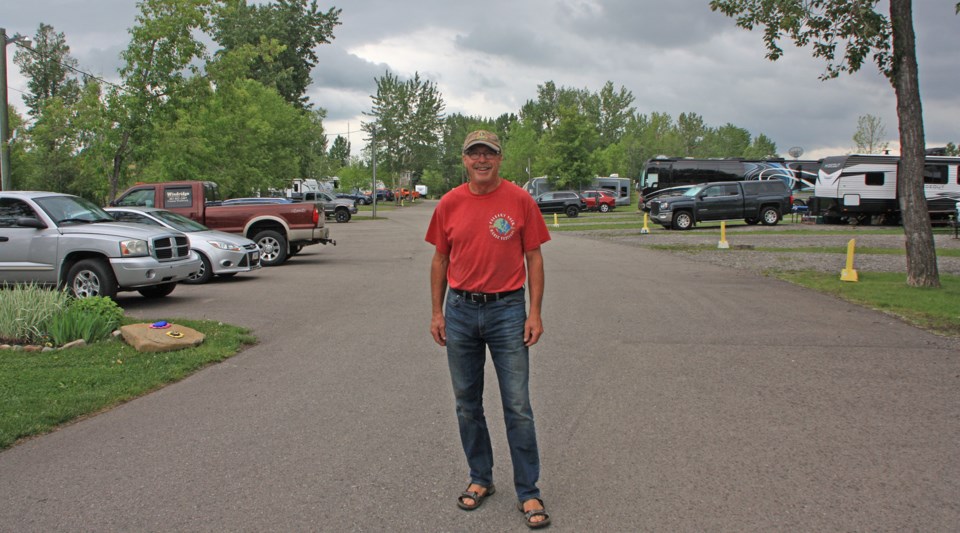 The Foothills Lions Club is offering a $250 reward for information leading to the capture of those individuals responsible for stealing and damaging property at Black Diamond’s campground.

“We are asking the community to help us resolve this matter,” campground chair James Lee posted on Facebook. “These criminal actions cut into the $60,000 to $80,000 that the club gives back to the community every year.”

Lee told the Western Wheel that the incidents started off with missing coolers at the beginning of the season and turned to damage and theft later in the summer.

On a Monday night in August, culprits stole beer from coolers, smashed the bottles on the road leading into the campground, dragged a picnic table over the berm into the river area and smashed the windshield of someone’s vehicle, said Lee.

While attempting to get into another cooler, nearby campers awoke and the offenders took off, he said.

“We called the RCMP, cleaned up the road and made arrangements with the person whose windshield got smashed."

This led Lee to occasionally keep watch of the campground in the overnight hours, but it wasn’t until Oct. 10 that malefactors hit again.

In the early hours of the morning, they stole two coolers and drank the alcohol, pushed the campground attendants’ golf cart out of the campground and into the road and attempted to hot-wire a truck using a knife, which was found broken off in the ignition, Lee said.

In most of the incidents, the culprits targeted sites nearest the berm.

Campground attendant Andre Call, who has been operating the campground with wife Donna since 2013, said this is the worst he’s seen for mischief and vandalism in the campground.

“We get something every year, but not as bad,” he said. “There’s a high school right at the end of the campground and about a week before graduation there’s the odd cooler that gets stolen and the booze taken. Most of the time we recover the coolers.”

Call said the incidents occurred once or twice a season. This season, there have been five or six incidents, he said.

In one occurrence, individuals stole alcohol from a fridge on his deck. After Call put a lock on the fridge, he said the lock was broken and the alcohol taken a few weeks later.

“Stealing the booze is bad enough, but when you start destroying property that’s getting too far,” he said.

Call views the actions as stealing directly from the Foothills Lions Club, which supports numerous community initiatives, programs and citizens.

“To me, that’s money out of the community’s pocket,” he said. “Surveillance cameras is a cost that the Lions will have to pay, which means a shortfall for charitable groups down the line. If it’s $2,000 or $3,000 to get set up, that’s money that could have been used somewhere else.”

Lee reiterated that the $1,000 cost in damages and $2,500 for night-vision security cameras is money that won’t go back to the community.

“This is a community service club and our mission is to make our community better,” he said. “We serve our community in whatever way we can and this takes away from our ability to fund some of the projects.”

Lee said he hopes the reward will help garner interest and loosen tongues. The campground closed for the season this week.