Once hit hard at the onset of the pandemic, the First Nation hasn’t seen a single case in the new year.
Mar 30, 2021 10:17 AM By: Brent Calver/OkotoksToday.ca 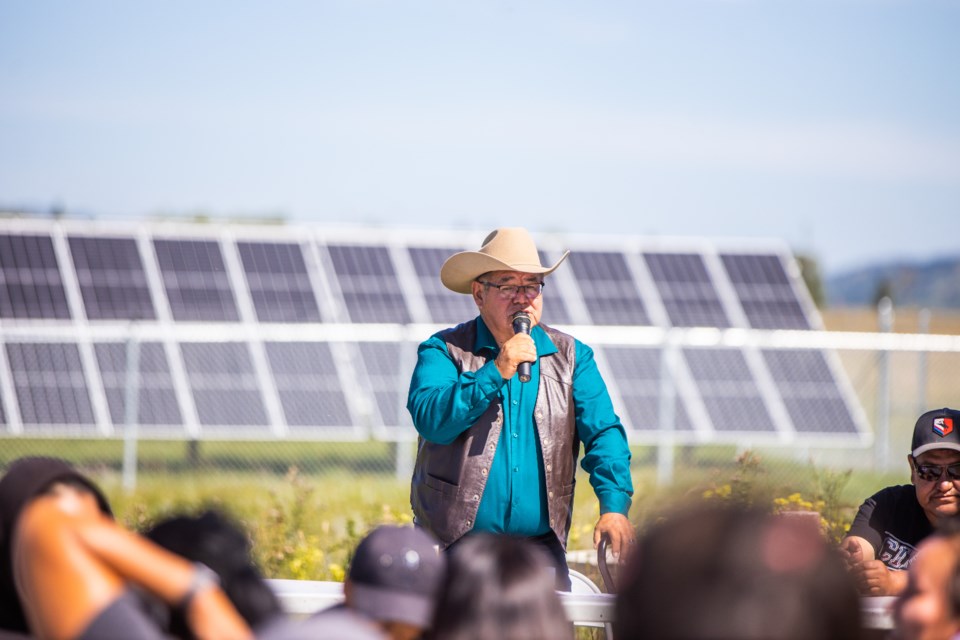 The residents of Eden Valley have turned the tide in their fight with COVID.

Once hit hard at the onset of the pandemic, the First Nation hasn’t seen a single case in the new year.

Coun. Rex Daniels of the Bearspaw First Nation, to which Eden Valley belongs, said that success is largely due to the efforts of the community.

“We tried to educate people about COVID,” Daniels said.  “We did a lot of encouraging ourselves, chief and council.

“All around, it was teamwork, and we would talk to people about protocols and how to keep safe...We just continued that.”

At the onset of the pandemic, the First Nation opted to restrict traffic in and out of Eden Valley.

“When we got hit hard in the beginning, we had around 17 positive cases in a community of 700," he said. “First thing we did was we blocked our bridge — there's only one entrance in Eden Valley."

A security post was set up at the lone road access point along Highway 541 where the Highwood River creates a natural barrier along the road.

Only essential workers and those shopping for food were allowed in and out.

“I could not be more proud of the security team we got,” said Daniels. “They did a marvellous job of controlling the traffic.”

“The health director did a tremendous job with the team and Hopeton also put a lot of effort into it," he said.

“I would give them a lot of credit—all around it was teamwork.”

Bajwa said key factors were the education and adherence to safety protocols by members in the community.

He echoed Daniels’ statements, also crediting his medical team along with chief and council.

“I think it was contained due to the efforts of the community buying into safety and following COVID safety protocols,” said Bajwa. “I think that was huge.

“Our medical, nursing and other staff were instrumental in teaching people COVID safety protocols.”

Through their efforts, cleaning and sanitation supplies were delivered to every home on the reserve.

The medical team also monitored important community cultural events such as funerals and wakes to ensure activities were conducted in a safe manner.

“The chief and council were very supportive around funerals and wakes, where they did ceremonies in accordance with COVID protocols,” Bajwa said.

Efforts to vaccinate the residents of Eden Valley are well underway and 40 people have already received both doses, Bajwa said, who noted Eden Valley, like many other First Nations, will be receiving the Moderna vaccine.

A second round of vaccinations will be administered this week and there are currently 400 doses on order.

“Really, we are at the mercy of whatever Alberta Health Services provides us,” he added.

Availability notwithstanding, Bajwa said the goal is for everyone in Eden Valley who wants a vaccine to have their first shot by the end of May.

Some elders believe more in traditional medicines, and Bajwa said he was approaching those ideals respectfully.

He added there is some hesitancy, but the majority of residents want the vaccine.

“We have a very active awareness campaign underway both in English, and Stoney language and through social media and radio campaigns to encourage people to get vaccinated," he said.

Daniels said once the pandemic is behind the nation, it hopes to have a large celebration.

Until then, he said, the nation isn’t resting on its laurels while cases are down.

“We’re still working hard," he said. "We’re not letting down our guard.”