A Millarville youth is busy perfecting his riding skills and searching the family chicken coop for the best bird with hopes to bring home some red ribbons this weekend.
0
Aug 13, 2014 12:00 AM By: Tammy Rollie 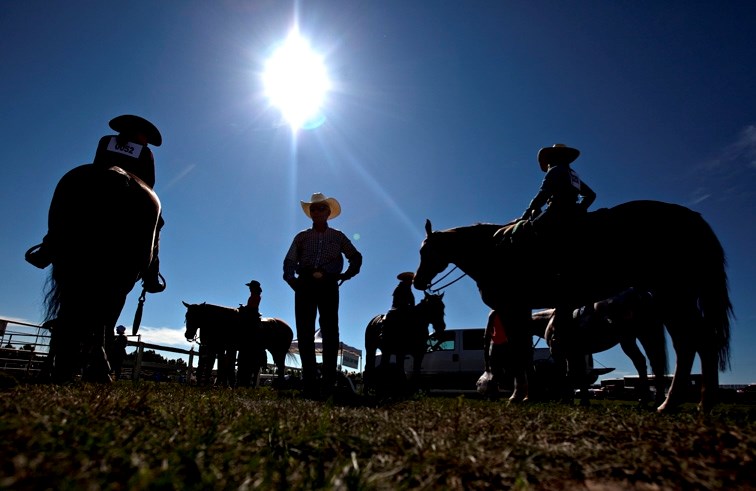 A Millarville youth is busy perfecting his riding skills and searching the family chicken coop for the best bird with hopes to bring home some red ribbons this weekend.

Eleven-year-old Harry Rawn is one of hundreds of youth participating in the Annual Priddis & Millarville Fair at the Millarville Racetrack on Aug. 16. Rawn has been showing his riding and showmanship skills in the fair’s horse competitions since he was two-years-old.

“I just like showing my horse off to everyone,” he said. “I try to do it every year I can.”

Each year Rawn competes is different. Some years he feels more competitive and strives to bring home a ribbon while others he participates just for the fun of it.

Four years ago, Rawn began entering the family’s chickens into the nationally-sanctioned bird competitions, selecting the prettiest bird with the mildest temperament.

Rawn’s mom Jackie said her son and daughter have been competing in the 107-year-old fair in various horse categories since they were toddlers.

“We have quite a strong background both in 4-H and the pony club that runs out of the Millarville Race Track so we are always there,” she said. “They’re there for fun. This is really a good place to come and not be so serious.”

Jackie said both children won trail classes last year and were awarded plaques. She said they are often quite successful in their categories.

Jackie said the fair provides a great learning opportunity to both her children and is a great way for them to stay connected with their community.

When her son’s hen won the top overall bird award one year she said he received overwhelming support from his fellow competitors.

“You’ve got long-term breeders happily answering questions of seven-year-old children,” she said. “It really is a wonderful experience for the kids to be a part of.”

Donna Kendall, the fair’s chairperson, said the animal events are quite competitive for many living in the area.

“It’s the fun of putting your stuff out there with everybody else’s and seeing how it stacks up.,” she said. “It’s to take all your sheep and compare them to everyone else’s sheep and see how your sheep fit in with the rest of the sheep.”

Kendall said she enjoys watching the youth get involved. In fact, there are more youth entries than adult, she said.

“For kids it’s expanding their horizons,” she said.

Some of the other categories are baking, field grass, photography, painting, woodworking, show jumping, artwork, creative writing and the working farm truck competition. Each year there are more than 4,000 entries.

In addition to the competitive events, spectators can sample ice-cream made using horsepower, try their skills at roping, participate in a pie-eating contest, enjoy wagon rides, watch the parade, race stick horses, view the antique tractor show and auto show and shine, participate in the live auction and youngsters can play in the children’s area complete with bouncy castles, face painting, mechanical bull, a petting zoo and other entertainment.

“It’s an old country fair,” said Kendall. “What you used to get at the old country fairs you will get at this fair including some dust and some ice-cream falling off cones. We try and bring it back to represent what it was like 100 years ago.”

In addition to drawing residents from the foothills, Kendall said the fair attracts thousands of people from Calgary.

“There’s grandmas and grandpas bringing their grandchildren who have grown up in the city to the fair to touch the animals,” he said. “It’s interesting to watch a kid spending half an afternoon in the petting zoo holding a chicken and the parents can’t drag them away.”