The Longview Economic Development Committee shared its plans for a potential solar generation project at an open house on Oct. 10.
0
Oct 12, 2019 9:30 AM By: Tammy Rollie 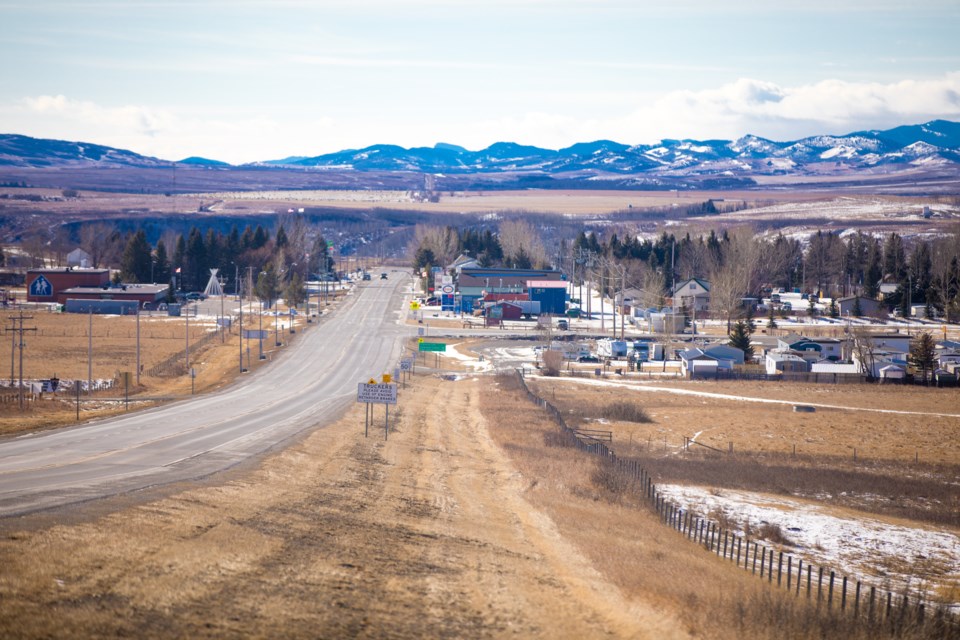 Views range from excitement to concern regarding the potential development of a solar generation project near Longview.

The Longview Economic Development Committee hosted an open house outlining potential plans for the project at the Longview Community Hall Oct. 9 with more than 60 residents in attendance. Information also included details on how solar power works and how to recycle the panels.

The project is in the feasibility study phase after the Village received a Community Generation Capacity Building Program grant of $148,297 to complete a study to investigate the design, cost, technicalities and implementation requirements to build and operate the project.

The proposed site is 90 acres of Village-owned land near the lagoons northwest of Longview that offers south-facing exposure adjacent to the Fortis grid distribution system.

Former mayor Carole MacLeod said she sees the project as beneficial to Longview.

“It will draw people into our community,” she said. “Everyone I’ve spoken to is very positive about it. The development committee led by Kirk (Davis) has done an exceptional amount of work. Kirk is a real asset to our community.”

Avid volunteer Ivor McCorquindale, also a former mayor, said the project would be a positive step for Longview.

“We’ve got the land that needs to be utilized,” he said. “It will no doubt sustain the village in the future.”

Les Jacobson, who lives on a restricted ranch east of the proposed site, is not in favour of the project.

“I know, for sure, that I don’t want to look at it,” he said, adding the mountain view was the reason he bought the property 28 years ago.

“When I bought this place I kept it really low key,” he said. “The property was raw when I bought it.”

While there’s talk that the project will create jobs, Jacobson said he’s doubtful it will make that much of a difference.

“There will be people involved in the installation, but I doubt very much they will be local people,” he said. “I feel it’s probably not going to help the residents of Longview. I don’t think solar is proven yet in towns for being effective.”

Kirk Davis, chair of the Longview Economic Development Committee, said the committee understands the concerns of Jacobson and his neighbours, and it’s something the committee will address.

“We’re going to have to work on that – maybe plant some trees and put the panels lower down on the hill,” he said.

Davis said the solar generation project is a way to keep Longview sustainable with the opportunity to create revenue through linear taxation, particularly with talks at the government level about cutting municipal grant programs.

“It could increase the revenue for the village maybe by one third,” he said. “It might offset some grant cancellations and will help with infrastructure costs. The village could use this.”

The feasibility study is expected to be complete in February, Davis said.

The committee is working with Eco Renewable Corp, Stage Stone Canada Financing and SkyFree on the project.

“We’re just at the initial stage of development, but we expect it will support the longevity of the community,” he said. “There will be a lot of jobs created and some permanent jobs in the community.”

Anderson said he would like to see similar community generation projects across Alberta.

“I’m a proponent of community generation,” he said. “It creates more local employment. We like to have a local ownership with projects.”

Vicky McGonigle, who lives beside the proposed property, attended the open house with husband Wayne with several questions around the size of the project, where the panels will go and the environmental impact.

“If you interfere with the ridge you have to take into account the water flow aquifer and wildlife,” she said. “You’re going to change the habitat for deer, moose, bear, coyotes and waterfowl. This is part of their habitat.”

“It’s all part of the same aquifer,” she said. “If the water table is disturbed they may not have the well sufficiency or quality.”

“There’s a lot of chemicals to get it up and running, then you have to clean it,” she said. “It’s injecting a lot of substances into the earth just to put it up.”

When the project reaches the end of its life, McGonigle said a plan should also be in place to decommission it.

“In 30 years, if the panels are no longer viable, there has to be a rationale and financial plan to put that ridge back the way it was,” she said. “We want them to fund a return of this ridge to its natural state.

“All we are asking is everybody really think about it. We should do it right.”