A university law professor and his students gained a better understanding of the dispute between two Turner Valley residents and the Town over the community’s water supply. On Jan.
0
Feb 4, 2015 12:00 AM By: Tammy Rollie 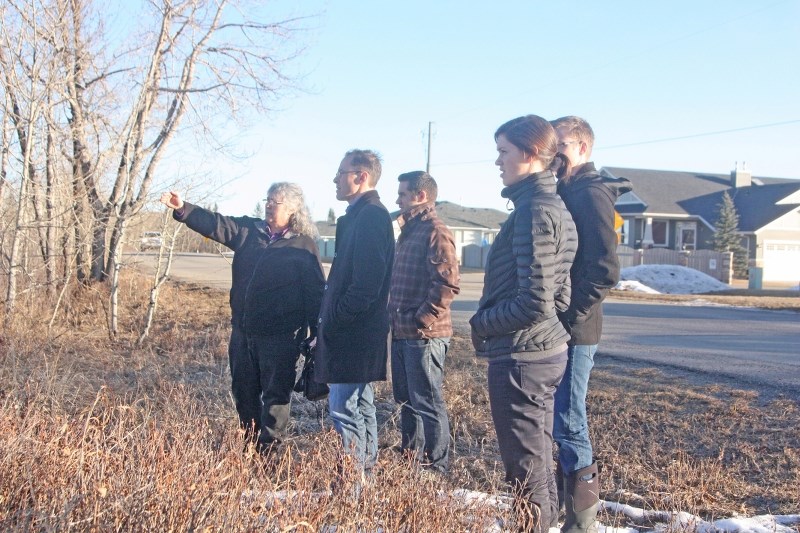 A university law professor and his students gained a better understanding of the dispute between two Turner Valley residents and the Town over the community’s water supply.

On Jan. 30, Shaun Fluker and three environmental law students from the University of Calgary visited various locations associated with appeals residents Roxanne Walsh and Julie Walker are making concerning the quality of their drinking water.

Also in attendance was Udo Weyer, a hydrogeologist with WDA Consultants in Calgary.

Walsh and Walker retained Fluker to represent them in their Alberta Environmental Appeal Board public hearing April 27 to May 1.

“We were there to see the connection between the various sites,” said Fluker. “We are in the starting phases of this in terms of going forward. It’s about helping Roxanne and Julie build their case and representing them through the process.”

The Turner Valley women initially submitted appeals regarding the construction of an infiltration gallery in the Sheep River and its connection to the water treatment plant last spring, concerned about the gallery’s proximity to a former landfill site used by the Turner Valley Gas Plant for decades and 18 decommissioned septic fields in Calkins Place. The women say the water wasn’t adequately reviewed or tested.

A report conducted by Stantec Consulting in 2011 shows the area is at high risk of contamination and pollutants.

Last summer, Walsh submitted another appeal in response to the Town’s proposed water treatment plant expansion due to its connection to the infiltration gallery.

Walsh will complete filing a notice of appeal in response to the Town of Turner Valley seeking approval from Alberta Environment to reduce its hefty testing and monitoring restrictions for its raw water reservoir this week.

These restrictions were put in place after Walsh appealed the construction of the Town’s raw water reservoir in 2008 due to concerns about contaminants in the vicinity.

“After the notice of appeal is filed we will start to piece our case together and converse with the board,” said Fluker. “My role as counsel is to help her prepare for that hearing and help her construct her case through the faculty’s environmental law clinic.”

Fluker said the service is offered free at the university, and the students working with him on the case gain credits towards their law degree.

“Ultimately the hope is the client gets some benefit from that and the students obviously get a chance to work on certain skills on a regular program that the law school doesn’t really offer in terms of classroom,” he said. “The program that we run here is really here to serve what I would call public interest.”

Fluker said Walsh and Walker’s case represents a public interest concern, making it a worthwhile cause for the university.

“She really is advocating on behalf of others who perhaps don’t want to come forward or can’t,” he said of Walsh. “It is a public interest concern in terms of the integrity of the water collection and treatment facilities there.”

Walsh said she and Walker have a great legal team.

“I think we are all fairly newly formed as a team so we have a lot of work to do,” she said. “I’m sure things will unfold in a really good way as things move forward.”