Turner Valley's United Church in the Valley is implementing its outdoor winter clothing initiative again this winter.
0
Oct 5, 2019 10:00 AM By: Tammy Rollie 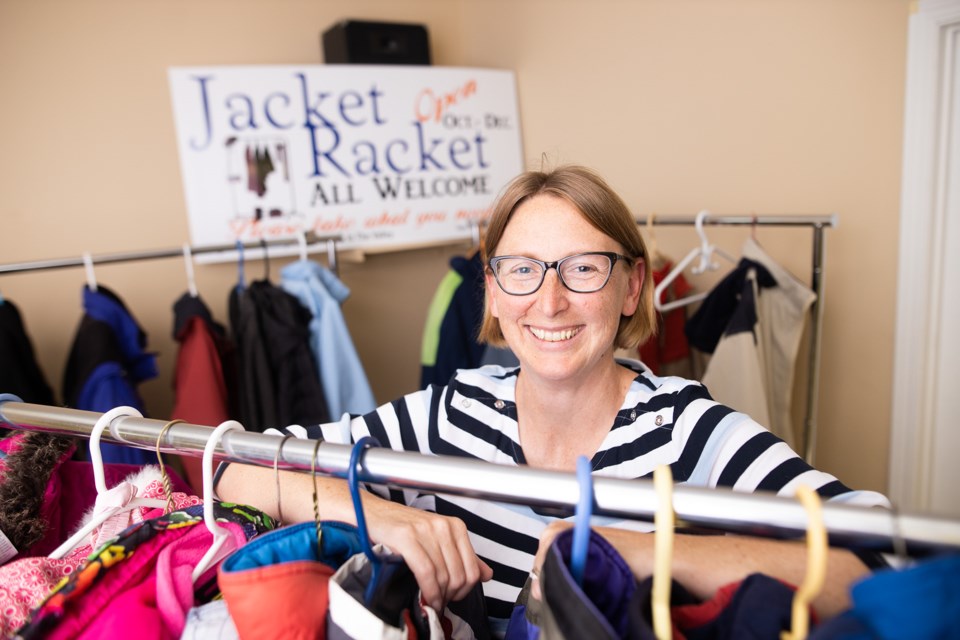 Turner Valley Jacket Racket coordinator Tracie David looks over some jackets at the United Church in the Valley on Oct. 3. (Brent Calver/Western Wheel)

Members of a Turner Valley church are keeping citizens warm this season with much-needed winter clothing.

The United Church in the Valley has four racks filled with outdoor winter coats and pants for its Jacket Racket program and is putting the call out for more gently used coats, pants, scarves, toques, mittens and boots to ensure everyone in the area is clothed adequately for the outdoors this winter.

“Last year we went through quite a few jackets, especially for kids,” said Jacket Racket co-ordinator Tracie David. “Kids grow up so quickly and it’s so expensive to clothe them. We have people who bring back the jackets they borrowed previously and exchange them and upsize.”

David said the program began Oct. 1 with items left over from last year. Collection stations are now at the church and municipal building in Turner Valley and Koops Automotive Repair Service and ATB Financial in Black Diamond.

“Starting off the season we start kind of low so it’s nice to get a bunch in the beginning,” she said. “We have three racks of coats and a rack of snow pants. There’s certainly enough to get people started, but donations are always welcome.”

United Church in the Valley members are asking for gently used, clean clothing. If the coats or pants have broken zippers, they’re discarded, said David.

“It’s not just jackets we offer, there’s snow pants, snow boots, hats, mitts, scarves, anything like that,” she said. “We start off with quite a few jackets and they do get picked through. We have a lot of turnover.”

The Jacket Racket is located in the basement of the church where the Oilfields Food Bank operates.

David said the service is available to anyone in the community – not just those using the food bank. She said it’s a need that continues year after year.

“It’s a service that people are using,” she said. “There’s definitely a need.”

David said Jacket Racket is an opportunity for the church to connect with and give back to the community.

“Part of our church’s goal is to have community outreach and one of the purposes of the Jacket Racket is connecting to the community, reaching out and offering something that’s needed in the community,” she said. “It’s just a great community service.”

In January, members of the church go through the remaining clothes to keep the higher quality items for the following season and donate the rest to the Mustard Seed or another charity that could use them, said David.

“We take about four garbage bags because we don’t have a place to store them,” she said.

Jacket Racket is open for people to peruse Tuesday afternoons in the Lewis Memorial United Church basement. Anyone needing to make other arrangements can contact the church at 403-933-4114.