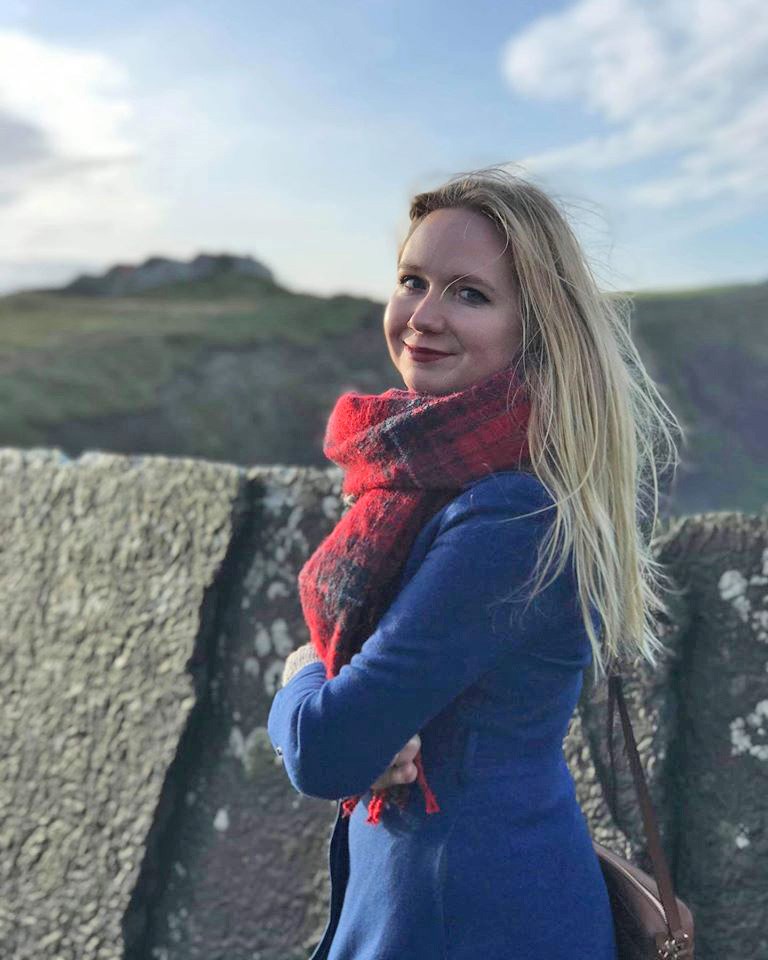 A Holy Trinity Academy graduate is moving up the literary ladder at a rapid rate, and isn’t slowing down anytime soon.

After several of her poems and non-fiction articles were published in magazines across North America the past four years, 25-year-old Erin Vance completed two full-length novels – one of which was named No. 1 on the Calgary Herald’s bestselling list in November.

Last fall, Stonehouse Publishing released Vance’s debut novel Advice for Taxidermists and Amateur Beekeepers to rave reviews. The story centres around the sudden death of Margot Morris and her daughters in a house fire and Morris’ eccentric siblings, one a taxidermist and another a beekeeper, who are left wondering if their sister’s death was accidental or intentional.

“I’ve gotten some amazing reviews for the novel,” said Vance. “It’s been doing quite well for a debut novel. It’s gotten a little bit of international attention with readers in Ireland and the U.S.”

The young writer, who grew up in Black Diamond, is currently waiting for a publisher to pick up her full-length collection of poetry, A History of Touching.

“Self-publishing is certainly becoming popular, but I really enjoy the collaborative process of traditional publishing,” said Vance. “I like working with publishers, editors, publicists, book designers and illustrators. You have a publisher that’s doing the publishing, distribution, design and editing - you just have to do the writing. It might take a bit longer to get there but in the end it’s a little bit easier.”

Vance, who’s currently completing a master’s degree in folklore in Dublin, Ireland, said she’s had a love of writing for as long as she can remember.

“I’ve always written ever since I was a little kid,” she said. “I started taking poetry seriously about seven years ago. I started publishing in literacy magazines throughout Canada and the U.S. The way I see it is you go from publishing individual poems to chapbooks and, eventually, you graduate to full-length books.”

Vance had five chapbooks of poetry published between 2016 and 2019. Three were illustrated and one contains photographs taken by her late uncle, Jeff Lakes, who the book of poems, The Night Will Be Long But Beautiful: The Life and Death of Jeff Lakes, pays tribute to.

In 2017, Vance was nominated by writer and university professor Aritha van Herk for the Alberta Foundation of the Arts’ (AFA) Young Artist Prize, and was one of 10 award recipients.

She was also nominated for the Governor General’s Gold Medal and Chancellor’s Gold Medal for her master’s thesis at the University of Calgary last year.

In addition to Vance’s studies at the university, she took creative writing, history and folklore at the Alexandra Writers’ Centre Society in Calgary.

Throughout her studies, Vance said she was drawn to mythology and folklore, which is evident in most of her published works.

“I was always really interested in literature and writing but I wanted to do some in-depth writing that set me apart from other writers,” she said. “Folklore, myths and storytelling have always been so central to my own writing and research that it felt like a natural next step for me. Either that or write history.”

This is also evident in Advice for Taxidermists and Amateur Beekeepers.

“The subplot is a really old beautiful fairy tale that’s really quite macabre, as fairy tales tend to be,” she said.

Vance’s studies in Dublin revolve around Irish folklore, including the folklore of urban beekeeping and farming.

This isn’t Vance’s first time in Ireland. She went to Dublin in 2016 for the anniversary of the 1916 Easter Rising and in 2018 she studied poetry at The Seamus Heaney Centre at Queen’s University in Belfast.

While Vance initially dreamed of being an English professor, her focus has shifted to archiving after working as an archives assistant at the University of Calgary from 2015 to 2018 while completing her BA and MA in English. She also plans to continue writing books.

“There are so many interesting things to be found in archives and to study,” she said. “I spent a lot of time cataloguing books, making spreadsheets, getting old books and documents ready for exhibits and taking requests from patients. I would help people find original certificates or their grandparents’ marriage certificate or beautiful old church registries.”

Copies of Advice for Taxidermists and Amateur Beekeepers can be purchased at Bluerock Gallery in Black Diamond and independent bookstores in Calgary for $16.95. It's also available for purchase on amazon and as an ebook.