House in letter-writing contest back on the market

A Millarville woman who put her house up for grabs in a letter-writing contest has it back on the market. Alla Wagner spearheaded the Write a Letter, Win a Home contest on Jan.
0
Mar 7, 2019 10:13 AM By: Tammy Rollie 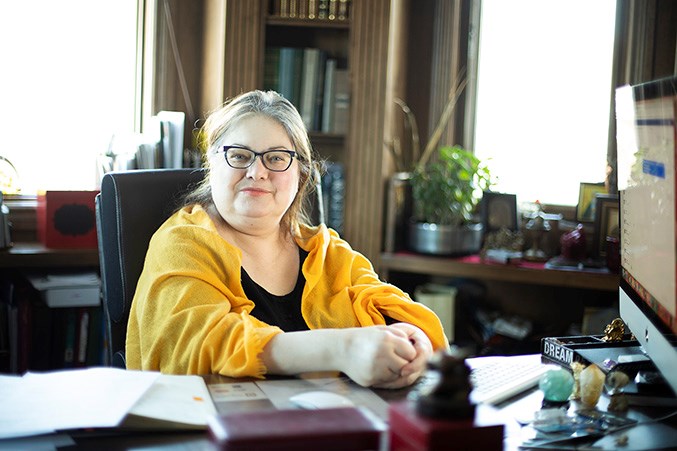 Millarville resident Alla Wagner, who put her house up for grabs in a letter-writing contest, put it back on the market as a back-up plan.

A Millarville woman who put her house up for grabs in a letter-writing contest has it back on the market.

Alla Wagner spearheaded the Write a Letter, Win a Home contest on Jan. 5, inviting people to write creatively about what owning her custom-built 4,000 square foot, two-storey 2011 Millarville home would mean to them. The cost to enter is $25, meaning Wagner needs 68,000 entries to cover the house’s $1.7 million asking price before the April 5 deadline.

Wagner put her house on the market last summer following a back injury, which confined her to an office chair in the upper level of her home, with plans to move into a bungalow to better suit her limited abilities.

After receiving no offers, Wagner took the house off the market in late January so as to not impact the contestants’ hope, but told the Western Wheel she’s reconsidered due to her uncertain future.

Wagner said Redline Real Estate Group is marketing her home while promoting the contest. The house boasts three bedrooms, three full and two half bathrooms, a partially finished walk-out basement with a wine cellar, three-vehicle garage and a mountain view.

Wagner said she’s in desperate need of medical attention. She missed a medical appointment at Rockyview General Hospital last month, which she’d waited eight months for, due to her inability to go down the stairs to the main level of her home despite help from her grown son.

“The pain was like someone was tearing me apart in the back,” she said. “I was screaming with every step. I never experienced anything like this. I already have disabilities but the pain was nothing like this.”

Wagner plans to call for emergency services to assist her out of her home and to hospital next week.

“My foot is turning blue from me sitting too long,” she said. “When I’m reading the letters I put my leg up but it’s still not helping. It’s swelling really bad.”

“It’s so scary what’s going on,” she said. “I was talking to a lady from Hong Kong who sent money to a fake account. I got the FBI involved. I don’t know what else to do. I’m just hitting my head against the wall. I wanted it to be a good thing.”

“I just wish there were payments coming with them,” she said. “I have a few people say, ‘I will send the payment later.’ I can’t count them as a contestant without payments and they get filed away.”

“I have tons of people begging me to delay it because they just heard about it,” she said. “I have people telling me they’re getting people together and shipping via Fed Ex from overseas so it’s safe. I’m thinking there might be a need to extend it. I won’t make that call until the last day.”

When the contest ends, Wagner will narrow the entries to 500 and a panel of judges consisting of realtors and her neighbours will select the winner.

Wagner said five per cent of the proceeds will go to the Calgary Women’s Shelter, which helped her get on her feet after moving to Canada from Armenia in 1984.