Historic building a place of beauty

The 80-plus-year-old building that currently houses One on One Studio on 1st Street SW served as a hair salon in Black Diamond for decades.
0
Sep 5, 2019 8:00 AM By: Tammy Rollie 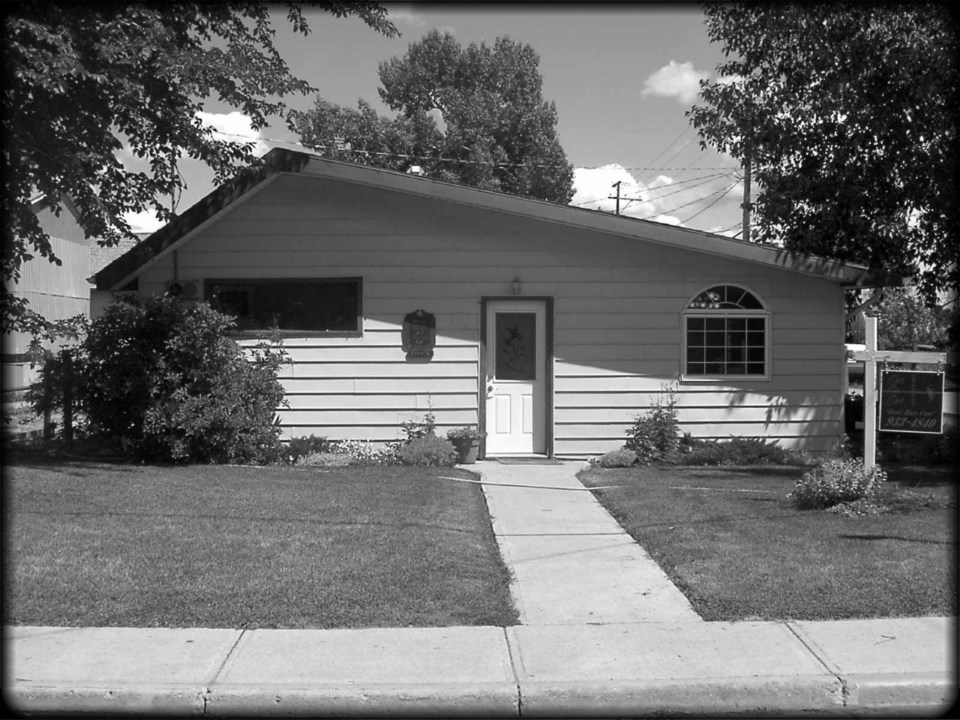 What was Evelyn's Hair Salon in the latter part of last century in Black Diamond remains a salon today, owned by Noreen Hatchard, with a very different look. (Photo courtesy of the Town of Black Diamond)

Tucked away on a quiet street in Black Diamond is a historic building that served as a bustling hair salon for decades.
Several residents in the area have fond memories of Evelyn Siferd styling their hair in the later decades of last century. Now it’s Noreen Hatchard and her staff at One on One Studio who are putting smiles on the faces of clients.
Hatchard took over the salon at 110 1st Street SW 22 years ago, and has been proud to operate her business in one of the town’s historic buildings.
“It certainly has been a wonderful place to do business with such great support from the community,” she said. “I always felt like a real part of the community.”
According to the Town’s historic records, the building was constructed as a home for the Morgan family in the 1930s and served as a residence for about 40 years.
In the 1970s, it was purchased by a local doctor and converted to a medical laboratory. When a new clinic was constructed on the south side of the lot, the building was sold to Siferd, who renovated it to a salon with living quarters.
Siferd had moved to Black Diamond in 1959 after falling in love with the west. She passed away in 2005 from a brief illness.
When Hatchard purchased the salon in the late 1990s, it offered her both a place to live and work.
“I lived in it a couple of years and then bought a house in town so I just made it all into a salon,” she said. “I just thought, I don’t really need an apartment, I need a bigger shop.”
While renovating the interior, Hatchard discovered that the building was originally about half the size.
Inside the interior wall of the living quarters was the home’s original exterior wall, complete with a slanted roof and white clapboard siding with a blue stripe near the bottom.
“It was kind of a lean-to add-on that they did at some point in time,” she said. “Underneath that you could see the original door going into the house.”
When she bought the building, it had two washrooms. One had a cubby with little doors for patients to leave urine samples.
“My kids thought it was so funny,” she said.
Hatchard removed the extra bathroom to allow more space for sinks to wash hair.
In the early 2000s, she participated in Black Diamond’s Main Street Project to give the front of the building a historical-looking facelift that included new siding, a fresh coat of paint and an awning.
In addition to the building’s historical significance, the property also has an American elm, which was deemed a heritage tree by the Heritage Tree Foundation of Alberta. Hatchard believes it was planted in 1938.