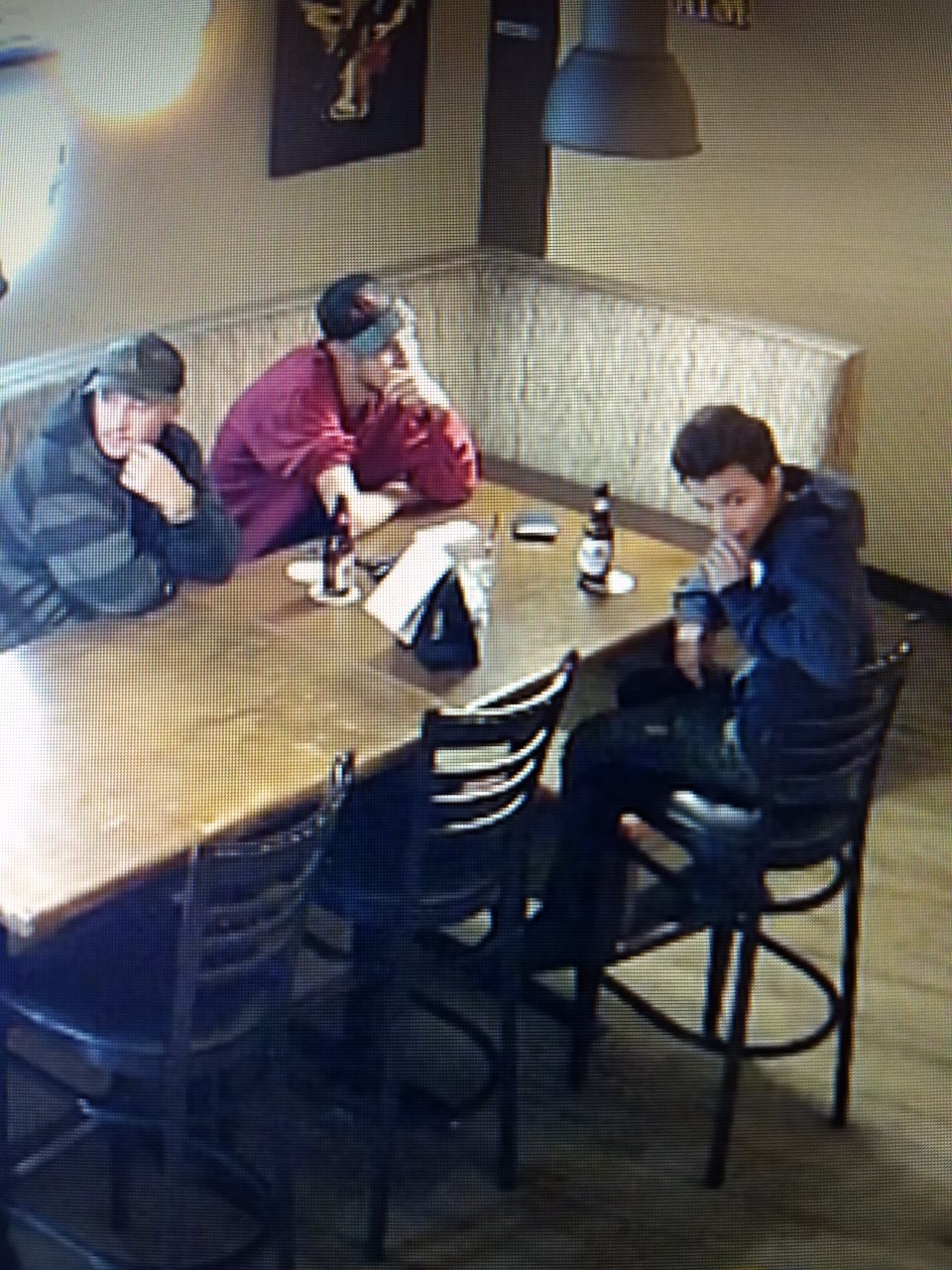 Turner Valley and Cochrane RCMP are looking to speak with these three potential witnesses in connection to a rash of thefts and vandalism that occurred in Priddis, Millarville and Bragg Creek businesses earlier this fall.

Frustration is mounting amongst High Country merchants who were repeated victims of theft and vandalism last month.

Cory Morgan, co-owner of the Water’s Edge Pub in Priddis, had his business broken into with items stolen and damaged twice, causing $8,000 worth of damage.

The crime is one of eight break and enters - five in Bragg Creek, two in Priddis and one in Millarville - that are being investigated by Cochrane and Turner Valley RCMP. The crimes occurred Sept. 29 to Oct. 22. Morgan’s pub was first hit after close on Oct. 15.

Culprits smashed the front door, attempted to remove an ATM with a truck, removed cash and liquor and caused damage.

“They were very destructive,” he said, adding the incident lasted eight minutes.

“Because they smashed the security systems the first time and the computers and where we store data, we put a new system with cameras stored to the cloud,” he said. “We left the ATM and cash register empty.”

The break-in set off Morgan’s home alarm at about 1 a.m., but the culprits were gone when he arrived.

“I missed them by two minutes,” he said. “They smashed the front door and spent a minute with crowbars smashing up my bar.”

The Powderhorn Saloon in Bragg Creek was also hit twice – Oct. 14 and 16, according to owner of 10 years Rose Dallyn.

“It’s frustrating,” she said. “It’s a waste of time and money for everybody.”

Dallyn said, as a result of the crimes, community presence increased.

“Certain people have said they’re driving around at night keeping an eye out,” she said.

The same occurred in Priddis.

The community rallied around Morgan, assisting him with cost recovery and becoming the eyes and ears of Priddis.

“We’ve upped the crime watch in the area,” he said. “We have no formal Citizens on Patrol so it’s time to form one. It really has been heartening having the community behind us on this. We really appreciate that.”

“I can’t sleep so I might as well watch,” he said. “We’re stubbornly staying open. I didn’t miss as day, we couldn’t afford to.”

“It’s difficult with so many square miles to cover,” he said, adding the closest detachment is in Turner Valley. “If they’re in Longview it could be 40 minutes.”

Cochrane RCMP Cpl. Troy Savinkoff said the RCMP are seeking the public’s assistance in identifying three potential witnesses who might have vital information about the crimes. It’s believed they were driving a silver Mercedes-Benz C-Class sedan.

As for the suspects, Savinkoff believes they drive an old model white pickup truck with black rims.

“They’re targeting the same businesses repeatedly,” he said. “They damaged equipment and smashed windows and a television in one business. In all the thefts they’ve had incidents where liquor was stolen.”

Since the crimes, the public has been vigilant in calling in suspicious vehicles, he said.

Yet Savinkoff advises people not to take measures into their own hands.

“Don’t approach these individuals, but call the police so we can set up a strategy to approach them and increase our chances of arresting them,” he said. “Anybody committing theft could be in a flight and fight response and people’s safety is the most important thing.”