Golf season delayed due to weather 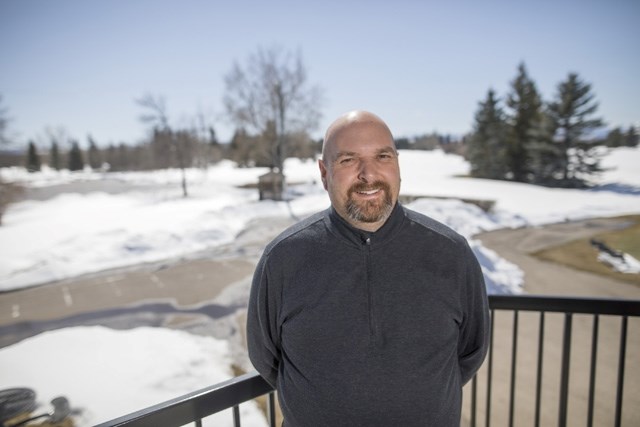 Turner Valley Golf Club general manager J.D. Scheller said golfers will likely have to wait until May before teeing off and about 70 of its approximately 80 employees will have to wait just as long to begin work.

The course typically opens in mid-April, but Scheller said the abundant snow and below-average temperatures the first five weeks of spring means much of the course remains covered in snow.

“Everybody is ready to go, we’re just waiting for Mother Nature,” he said. “As we said to all of our members, we are playing it by ear.”

Scheller said the clubhouse began receiving inquiries from eager golfers two weeks ago, but he’s unable to give an official date when the golf course will open.

“It depends on how warm it gets, how much snow can melt and if it quits snowing,” he said. “It looks like the forecast is pretty good. Hopefully it will open in early May, but I can’t promise that. Unfortunately we can’t give an answer.”

Scheller said the staff has yet to fix the driving range nets and remove the tarps and flax straw from the greens.

Having been in the golf course industry since 1994, Scheller said this year’s weather isn’t common.

“I remember about five or six years ago we opened on May 8 or 9 because we had a blizzard on April 29,” he said. “Other times we opened and had to close because of snow, but not being able to open because the snow doesn’t melt is unusual.”

Avid golfer John Waring, of Turner Valley, said he’s often out on the course with his golf clubs by now in a season that typically runs from mid-April to mid-October.

“You look forward to the course reopening and you have this date in your mind,” he said. “It’s like kids waiting for Christmas. This is like telling them Christmas is delayed until the end of January. It has the same effect.”

Waring isn’t likely to throw a tantrum, he’ll just continue looking at his computer screensaver depicting the golf course completely covered in snow as he waits.

A late start to the golfing season also means a delay in getting the exercise Waring thrives on this time of year.

As a volunteer at the golf course, Waring typically heads to the grounds once a week in early spring, weather permitting, to trim trees, bushes and clear up debris in preparation for the golfing season.

“In a normal year, by the end of February and into March you can get onto the golf course and start doing maintenance type things,” he said. “This year, because of the depth of the snow, you are very limited to what you can do.”