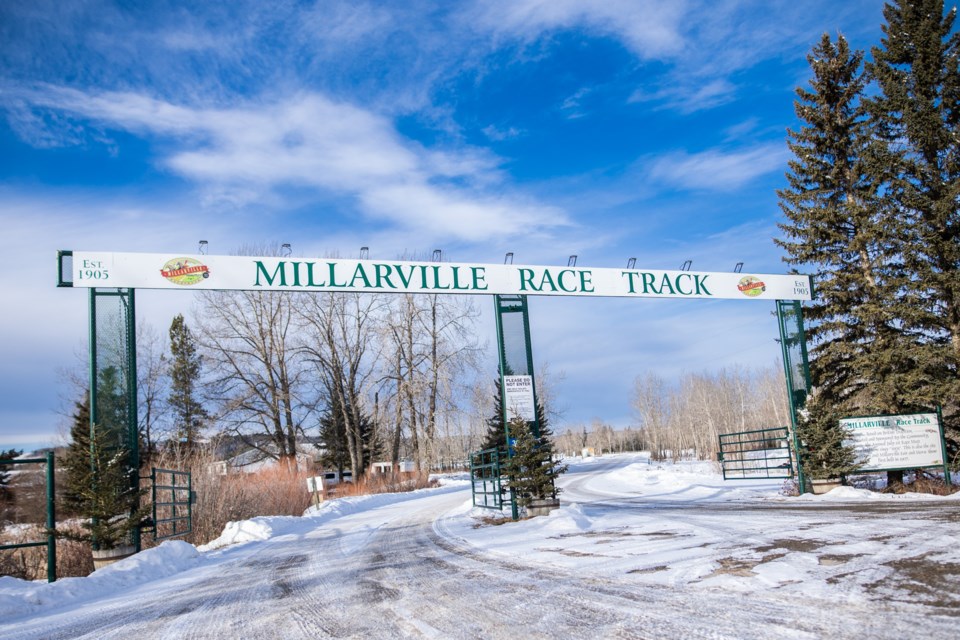 Community, history, and volunteerism are at the heart of a new project underway at one of Alberta’s oldest ag grounds.

The end result will be a 30-foot long, 7-foot tall mural and statue commemorating the society, as well as its volunteers and supporters throughout its 115-year history.

The finished product will be situated at the south end of the riding arena.

To Blaine Clark, a member of the MRAS board of directors, the society exists as it does today, and has weathered hardships such as the COVID-19 pandemic, because of the community of volunteers.

“The races in 1905, that all came together through volunteers from the local community who just made it happen,” Clark said.

The MRAS originated as separate entities with the horse races starting in 1905 and the Priddis & Millarville Fair following in 1907, and the construction of the community hall in 1950.

The three groups amalgamated and registered under the Alberta Agricultural Societies act in 1970.

The resultant society and its grounds have served as a focal point for the region ever since.

“We have a large group of volunteers who support various events. They all come from the community and beyond, including Priddis, Okotoks, High River, and Calgary.

“There's some very, very dedicated volunteers — some spend pretty much full time supporting the MRAS,” he said, adding that the society has several second and third-generation volunteers.

The main feature of the mural, an 8-foot-long metal horse statue, will be composed of 150 steel cut-outs of the names of all past presidents and life members to date.

The project is also open for up to 50 people to donate $1,000 or more to have their name added to a second smaller horse.

“Besides the volunteers and contributors, it's going to be a world class, public art display, to celebrate local culture and geography, history and the talent of our local community,” Clark said.

The 115th anniversary of the historic community hub marked more than a birthday, but also the overcoming of several challenges that came with 2020, Clark said.

As with many organizations, events were cancelled and changed.

The fair, as well as the Millarville Half-Marathon had been converted into virtual events, and the farmers market had to adapt.

The society had their system fine-tuned by fall with the Christmas Market, allowing shoppers to book entry times, resulting in reduced crowding to follow social distancing guidelines.

For Clark, Michael Perks was a natural choice among the proposed concepts for both his work and his roots.

“We were just very impressed with what they presented,” Clark said.

“Michael is a very talented and accomplished local artist and craftsman.”

Perks himself holds the community values of the society to heart.

“To me it’s about community, the celebration of our heritage,” said Perks.

“It’s about getting to be part of something that a pandemic has taught me is worth so much more than I thought in the past.

“And what an amazing place for us to celebrate that.”

The craftsman’s tenure at the market and artisanal prowess aren’t the only things grounding him to the project. His wife Claire’s grandparents, Art and Theresa Patterson, were one of the founding families of the races and fair.

As he puts it “I am wedded into this heritage through Claire's family.”

The mural is expected to be unveiled at the Millarville Races on July 1, 2021.

According to a press release from the MRAS, proceeds of the Legacy Recognition Project will be directed to projects such as arena improvements, a playground, or other long-term community infrastructure sustainability projects.

For more information or to support the MRAS in the project, call 403-931-3411, email office@mras-track.com, or visit www.millarvilleracetrack.com