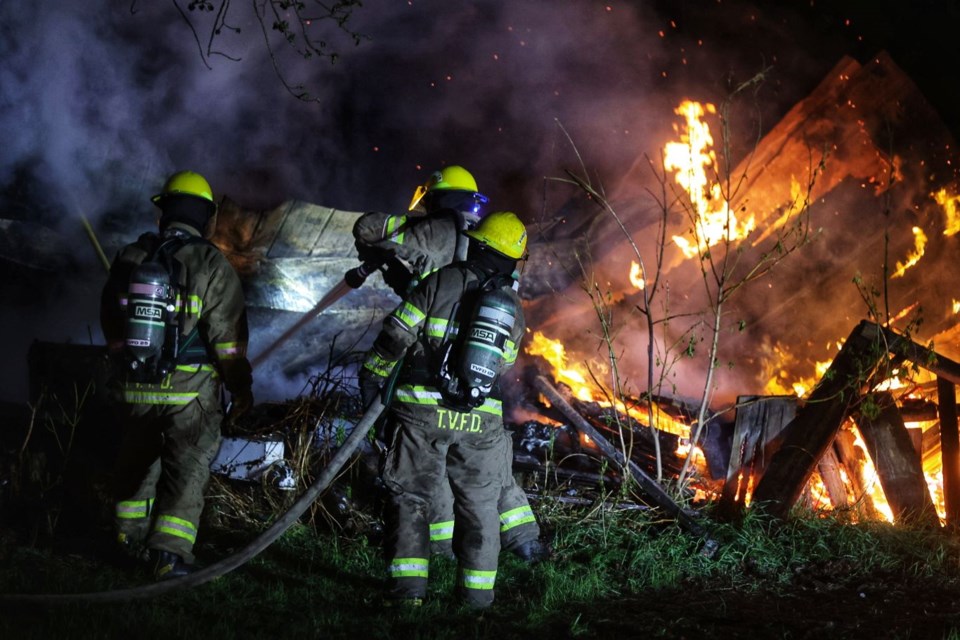 Firefighters extinguish flames at a mobile home near Longview on May 23.Brent Calver

A Longview area home was lost to fire Sunday night.

Fire crews were call to a reported house fire on an acreage near the East Longview Hall around 10 p.m. on May 23.

No one was in the home at the time, and Campbell said it's believed to have been unoccupied.

Firefighters were able to extinguish the flames by 11 p.m. and remained on scene to tackle hot spots.

Another residence on the property was not damaged by fire.

The cause of the fire has not been determined and is still under investigation.