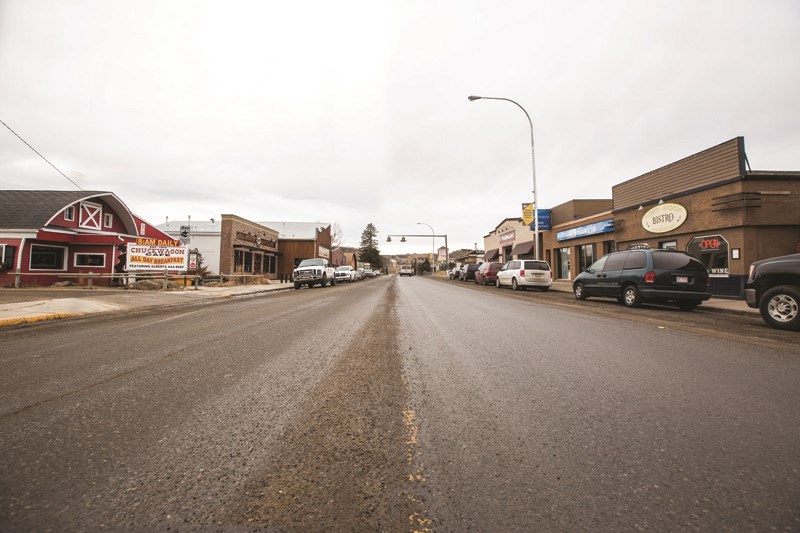 Finances and services were two concerns raised by Turner Valley and Black Diamond residents about the proposed merger of the two communities at a pair of online open houses last week.

“Lots of questions about finance,” Turner Valley Mayor Barry Crane said after the April 1 meeting. “They (the questions) are going to be coming forward to the finance committee for investigation and recommendations.

“That’s the one thing we want to make clear. Financial information is not an easy yes or no. We need to do the homework. We need to do the analysis and we have to let the finance committee do that work and bring it back to the proper channels.”

Crane said the main reason for the open house sessions on March 30 and April 1, which were attended by approximately 60 people each, was concern about misinformation.

“Council really looked at the possibility of misinformation to be spread by social media and how we curb that is by directing everybody back to the Towns’ websites -  we will post all of the Q&As and we will post all the factual information relevant to what the public needs to know and all the information we can relay as fact,” Crane said.

He added information posted on the website will not be rumour, conjecture and “definitely not rhetoric through social media.”

He said the Towns are already combining services, most notably the sharing of water and sewer through the Sheep River Regional Utility Corporation and West End Regional Services Commission.

“We have a lot of intermunicipal collaboration going on right now and over the past 30 years,” he said.

Black Diamond Mayor Ruth Goodwin said at the April 1 meeting the towns are presently working together on economic development issues.

“We believe in that to the extent we have formed an intermunicipal and growth development committee,” Goodwin said. “They are hard at work to ensure that our municipalities align with our business mindset.

“(We are) also moving forward making sure our bylaws align to make development and business much more attractive within our two municipalities which will become one.”

One question at the open house was whether Family and Community Support Services would be compromised if the amalgamation proceeded, adding the services are much in demand especially during the pandemic.

“FCSS between the two communities work very closely together and have for a long time,” said Black Diamond CAO Sharlene Brown. “We continue to find ways where we serve residents based on their needs.

“I don’t anticipate this will change and it (FCSS) may be enhanced based on the skillset around the table.”

Concerns about skyrocketing RCMP costs were also addressed, as both Turner Valley and Black Diamond will face increasing policing costs after some of the expenses have been passed on to municipalities.

Brown said prior to 2020, municipalities under the population of 5,000 people did not have to contribute to RCMP costs.

Brown said while she could not give specific figures concerning Turner Valley, she speculated it would be similar costs.

Brown said there is an approximately $200,000 policing assistance grant once a community reaches 5,000 people – a number that would be reached if amalgamation proceeds. (Turner Valley had a population of 2,748 people according to 2020 provincial statistics, while Black Diamond was at 2,816).

A per capita grant of around $8 per person is also available for policing once a municipality reaches 5,000.

Mayor Goodwin stressed there would be no compromise of emergency services if amalgamation proceeds.

The public engagement will continue until June. No date for the next open house has been set.

Once the information is gathered, it will be up to the respective councillors to decide whether to proceed with the amalgamation process.

“There will be no plebiscite through this process,” Crane said. “Council through the MGA (municipal government act) has given three different criteria for how to engage the public.”

Those criteria were set by the JFAC, which is the Joint Friendship Agreement Committee, which consists of all 14 town councillors from the respective communities.

The councillors will decide in September whether to submit an application to the municipal affairs minister for amalgamation. That date is approximately one month prior to the 2021 municipal elections.

Maven Strategy is assisting the communities in the amalgamation process.