Volunteers at the Oilfields Food Bank are expecting an increase in demand in the coming months.
May 15, 2020 8:00 AM By: Tammy Rollie 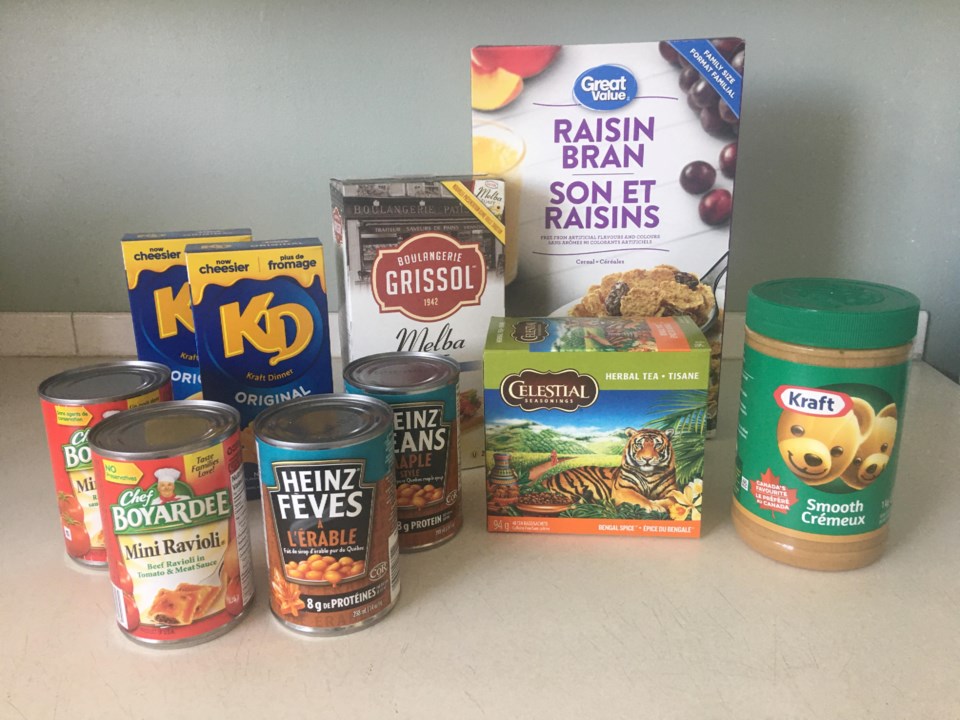 The demand for food is expected to increase at the Oilfields Food Bank in Turner Valley following a lull in April. (Tammy Rollie/Western Wheel)

The demand for food hampers in the High Country area has dropped significantly, but a volunteer with the Oilfields Food Bank expects it’s temporary.

Karen Milne, who is on the food bank’s board of directors, said volunteers prepared just 15 hampers throughout April, compared to 31 last year.

She credits the decrease to the Province distributing two $2,000 Canadian Emergency Response Benefit (CERB) cheques, starting last month, to Albertans who were laid off from work due to the COVID-19 pandemic in Alberta.

“People were well served by the two successive CERB payments,” she said, referring to the April and May cheques several laid off Albertans received last month. “The first payment was retroactive and a week or so later they could apply for the second one. Right now, for us, it’s a real good news story.”

Requests for hampers almost tripled in March compared to the same month last year, Milne said. The requests are starting to increase again, she said.

“We had that moment in time to catch our breath, get our stocks all built up and be ready for when things do start to surpass the need, which I know they will,” she said. “Typically for us June is a busy month and the fall is usually very busy. I don’t see that changing.”

Milne said the majority of the food bank’s client base in recent months ranged in age from 36 to 50 years old.

Food banks across Canada are predicting the economic forecast of when the pandemic will hit households financially to be this fall, said Milne, with an expected rise in personal bankruptcies.

In the meantime, Milne said the Lewis Memorial United Church basement in Turner Valley is stocked with plenty of food, thanks to the generosity of residents before and during the crisis, and the support of the Okotoks Food Bank, which is serving as the regional hub during the pandemic.

“They let us know what they have in access so we can hand it out to people,” she said. “There is that kind of sharing that goes on.”

In following physical distancing regulations, Milne said food bank volunteers made some changes for the safety of themselves and the individuals, couples and families they’re supporting.

Instead of just dropping by the church basement, those requesting food hampers must arrange pick up in advance so their hampers can be left at a table in the parking lot to reduce contact, Milne said. Those in need can request two hampers a month and must pick up their hampers Tuesdays between 1 p.m. and 3 p.m.

“Having people call in with their hamper requests has made it easier for our volunteers to handle,” she said. “We can organize the hamper for them before they arrive. Before, we would sometimes have three or four drop-ins at once.”

The uncertainty of the pandemic has left volunteers unsure as to what to expect each week, Milne said.

“Not knowing how many are coming in the door in a given week is pretty common right now,” she said. “It’s fluctuating a lot.”

Milne suspects there are several people who need the service, but aren’t utilizing it.

“What I find when I’m doing intake is it’s very hard for someone to walk through the doors for the first time,” she said. “Generally, people will do whatever they can to stretch their dollars and try to pay their bills and put food on the table for as long as they can. It’s hard for many to have to say, ‘I need money for food.’”

Milne said each hamper is supplied with plenty of food, due to the food bank’s abundant stock and generous donations from the community.

“We’ve had so many donations,” she said. “We even had someone donate bunches of tulips one week. That was nice to put in the hampers.”

“Lots of times people will feed their pet before they feed themselves," she said.

To request a hamper, make a donation or volunteer for the Oilfields Food Bank, or for more information, visit https://www.oilfieldsfoodbank.com/