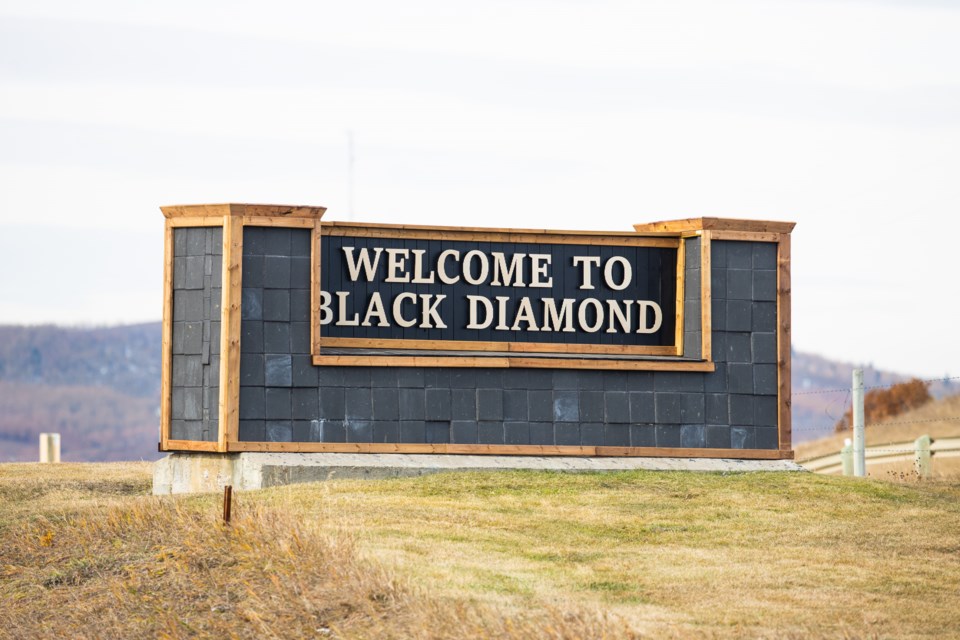 An application to rezone land for a restaurant in the west end of Black Diamond passed second reading in council last week despite receiving opposition from some nearby residents.

The hearing was regarding the proposed change to the land use bylaw to an empty lot on the south side of Highway 22 (Centre Ave.), facing onto 4 Street SW, from the current zoning, which allows for a 12-unit adult multi-family residential building, to zoning that would allow for a drive-in food service restaurant on the site.

Black Diamond Mayor Ruth Goodwin said 16 letters were submitted in time for the the council package, with three in support of the change, and 13 against.

Another eight were read in, with several in favour of the business.

"There were high-school age residents that wrote in and there were people that lived in other areas of town that wrote in in support as well," Goodwin said.

"There was a lot of signatures. Some of those letters contained up to 17 signatures.”

Resident Carol Gauzer, who lives on the same block as the site in question, spoke against the application, citing noise, litter, and traffic as concerns.

"Regardless of how you zone it, the reality is this a residential block and area full of single-family, owner-occupied dwellings," Gauzer said.

Gauzer said she would prefer to see a community garden or municipal park (the property is not currently owned by the town), single-family homes, a duplex, or small professional offices buildings.

The lot is directly across from a commercial mall that is home to the AG Foods grocery store, as well as several other small businesses and the post office.

Tim Morrison, the would-be builder of the restaurant, has owned and operated the Dairy Queen in Cochrane since 1994.

Morrison stated to council that lots in the business park on the northeast area of town had already been investigated, but are spoken for or otherwise unavailable. He also said there was a parcel of land off Government Road near the hospital, but it was not suitable for their business.

He also answered questions of noise by saying that sound mitigation measures would be taken with rooftop mechanical installations. He added that smell would not be noticeable from off the property.

Goodwin said she acknowledges and definitely heard the concerns from the residents that live directly adjacent the property.

"I'm very glad that they came to talk what their concerns were," Goodwin said.

"Now it will be our job if it goes through third reading to make sure we make every effort to mitigate those concerns."

Also in question in regards to the Dairy Queen was the paving of 4 Street SW, which is currently gravel. A concern that featured prominently in the discussions and concerns from residents was increased traffic and dust.

According to the Town's development officer, Denice Stewart, administration recommended following the Municipal Development Plan policy that developers are required to pay for new or upgraded infrastructure to serve a development, with three potential scenarios proposed.

The first would be that the developer pay for upgraded infrastructure such as the sidewalk and an asphalt paved road for the entire length of 4 St. SW between Centre Ave. and 1 Ave. At an estimated cost over $100,000, the second being the Town pay for it and the developer pay it back over time, or the third, where the developer is not required to pay for an upgraded road.

In the meeting, Deputy Mayor Daryl Lalonde countered the policy should not apply in this case.

"I'm still befuddled by the definition of developer,” Lalonde said. "If you're building a new subdivision, you put in the roads, the substructure and that's fine. This is a property that's being built on. If you're going to put three homes on it, do the three builders have to pay for a road?

“This is the Town's fault these roads haven't been done...the Town should be picking up the tab,” he continued.

While some of the letters of opposition voiced concern with the aesthetics, Morrison was emphatic that the venue would work to match the Town’s style.

"I think the downtown look in Black Diamond is a really cool thing,” Morrison said.

"I think it's important that if we're going to be a part of the community, we do as much as we can to go along with it.”

On second reading, council had amended the change in bylaw, passing the motion put forward by Lalonde 5-2 to amend the bylaw to remove the stipulation that the road be paved by the business owner, but that the Town would be required to pave a sidewalk from Centre Ave. to the south side of the alleyway bordering the lot.

As of that point, there was no motion or plan put forward to pave the road.

The proposed bylaw change will get third reading in the Nov. 18 council meeting.