Council opts out on mandatory masks for Black Diamond 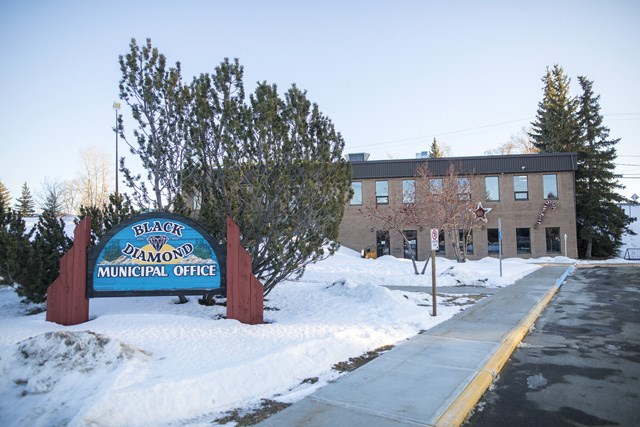 Mayor Ruth Goodwin said the bylaw, which was voted on at council's Nov. 10 meeting, would have specifically covered Town-operated indoor facilities.

Goodwin cited a lack of information from Alberta Health Services that would allow council to adequately gauge the current level of risk and actual cases within the immediate community.

She said that while larger municipalities in the region such as Okotoks and High River are provided case counts within the town proper, Black Diamond is lumped into a larger geospatial area that covers a large swath from Priddis to south of Longview, or simply all of Foothills County, depending on which data set is used.

“They chunk us into a very large and spread out area.”

As of the latest numbers reported by the Province on Nov. 14, the geospatial map shows the Foothills Country region — in which Black Diamond is a part of — had 19 active cases.

Coun.Ted Bain, who says he himself belongs to more than one risk category, says he is paying attention, but doesn't believe enough information is being provided for municipalities to effectively judge the situation.

"What I'm certainly willing to do, is if the Province mandates something, whether I agree with it or not, well okay let's follow it,” Bain said. "I can go along with that because they are in a better position to make a decision.

"Health is a provincial responsibility. We as council do have a responsibility in addition to safeguard our own population. We don't have enough information to make a good decision on whether or not we should be imposing masks.

“It is a complex unknown thing we're facing. It was let loose on the world and now we're trying to cope with it without the information.”