Foothills residents may see more tourists roaming around their cool little towns this summer.
Jun 18, 2014 12:00 AM By: Tammy Rollie 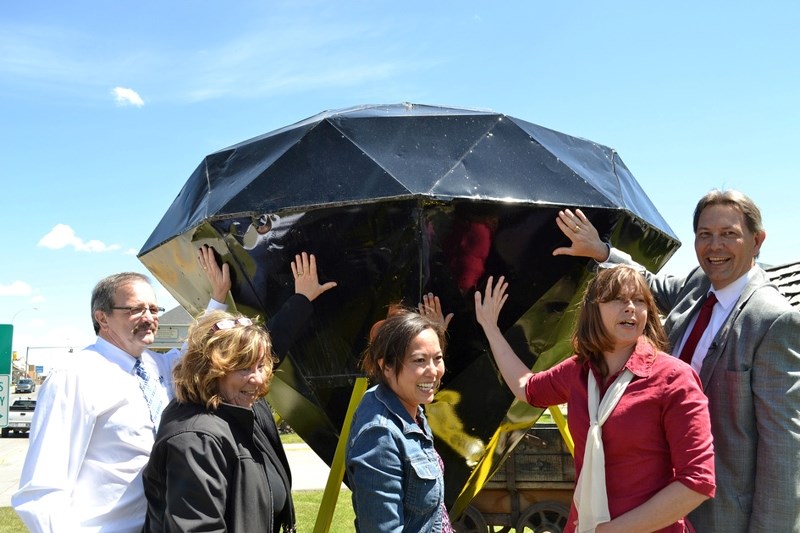 Municipalities involved in the Cool Little Towns partnership created five years ago by the Town of High River to attract visitors to the foothills are getting a $50,000 boost from the Province to put their initiative into action.

Richard Starke, Alberta’s minister of tourism, parks and recreation, approved the $50,000 funding application submitted by the Cool Little Towns committee. The initiative is a partnership between Black Diamond, High River, Longview, Nanton, Turner Valley, Okotoks and the MD of Foothills. The $50,000 in provincial funding is part of $550,000 the Province designated to help strengthen southern Alberta’s tourism industry following the 2013 flood.

“It’s going to definitely put us on the map in Calgary and that’s what we’re aiming at,” said David Petrovich, Town of Black Diamond economic development and events co-ordinator. “Our goal is to get Calgarians to know what’s on their doorstep.”

Petrovich said since the initiative was developed little was done besides creating the website www.coollittletowns.com with links to each towns’ websites. The vision for the project was to create a website that provides suggested daytrips, lists community events and suggests places for tourists to visit, he said.

“It’s very difficult for our regional group to work together when we have our own list of jobs to do,” he said. “It’s been over five years, but it’s never gone anywhere because we’ve never been able to get money to hire someone to do the leg work.”

Petrovich said the Cool Little Towns website is a leading driver to attracting tourists to Black Diamond, but it has the potential to do much more.

That is where Jean-Marc Lacasse with PerformAction Consulting in Airdrie and Melissa Scaman with Inginuity Consulting in Edmonton come in. Lacasse and Scaman were hired to spend the next month developing strategies to grow Cool Little Towns and upgrade the website.

“In some ways it’s an introduction to the communities as well as it’s especially helpful to flood impacted communities such as Turner Valley, Black Diamond, High River, and the MD in promoting our communities as being open for business,” she said. “There is always a chance that they will come back to invest whether it be in a business or in a home.”

LeBlanc said Cool Little Towns is a great example of how working with other municipalities can result in a successful collaborative initiative.

Petrovich said partnerships are critical for these types of initiatives.

“Doing it as a region is better than doing it as a single town because people want to go where there is a variety of things to do,” he said. “To make a trip for just Black Diamond isn’t as easy of a sell as come down to BD, but on the way stop at Okotoks and go to the Big Rock. Eventual goal will be to have businesses buying into this concept. Have a cool little town label and have some kind of offering for people.”

“The strongpoint right now is the name,” he said. “With that includes the marketing with tactics and strengthening over the next year or two. It’s trying to create a stronger product.”

The revised website for Cool Little Towns is expected to be complete at the end of the June.