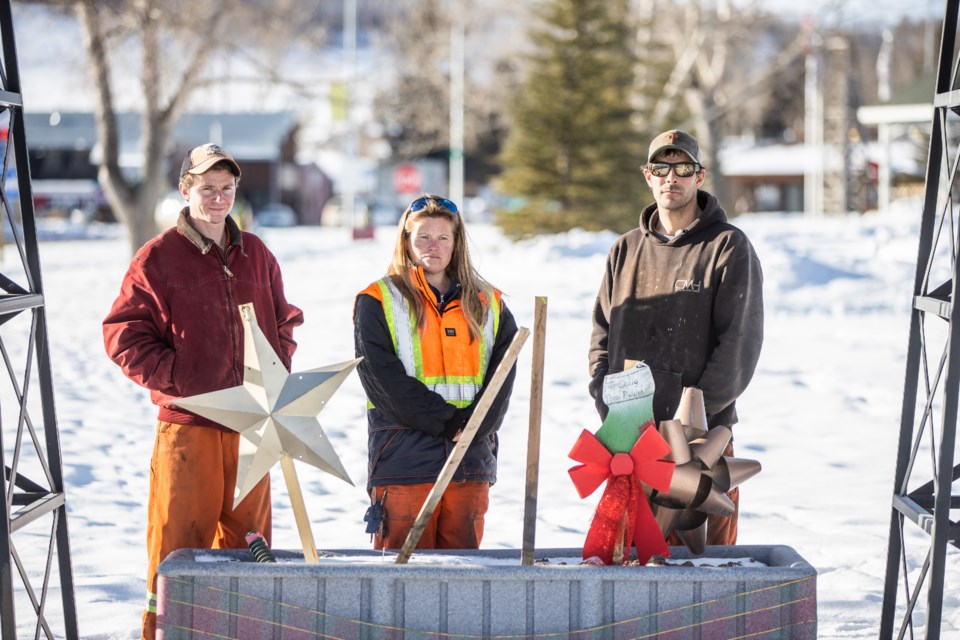 Missing decorations from green spaces in Turner Valley’s downtown core, built at the hands of the parks crew, has spread disappointment throughout town this week.

Heather Thomson, manager of legislative services, believes four of the 18 artificial topiary trees that decorated the grounds at Millennium Park, the Sheep River Library and Dr. Lander Memorial Swimming Pool in the weeks leading up to Christmas were stolen. She said staff has been unable to locate them anywhere in town.

“It’s mostly just a let-down that somebody could do that,” she said. “It’s just upsetting. We would like to have them back.”

The Town posted about the missing trees on Facebook earlier this week in hopes that the alleged culprits responsible for their disappearance will return them.

“It’s about trying to get the attention of whoever did it and see if they will show up back in the park,” Thomson said. “The public was commenting how the downtown core looked really nice. Now they’re commenting that it’s real disappointing. The community is disappointed that this has happened.”

“We removed all of the garland, bows and the stars and we decided to add them to some of the planters and use them as decorations in some of the green spaces,” she said. “We made 18 of the little trees.”

Sinclair said the crew also welded together six metal structures that they decorated with lights and placed them throughout the downtown core.

It was on Dec. 30 that one of the crew noticed some trees had gone missing.

“It was upsetting to all of us just because we built all of those things,” said Sinclair. “It takes time and it can be a meticulous process. We took pride in decorating. It was a let down.”

Sinclair said the decorations didn’t go unnoticed by members of the community.

“Quite a few of the people I work with said that they looked fantastic and my neighbour thought it was the best season we’ve had for decorations,” she said. “We’ve been building on them the past four winters and trying to make it that much more enjoyable for the community. It’s nice to have positive feedback from the community and sometimes it’s just the simple things that make the difference.”