Invitations will soon go out to potential members for an ad hoc work committee in preparation for Black Diamond's downtown redevelopment plan.
Jul 10, 2021 8:00 AM By: Tammy Rollie 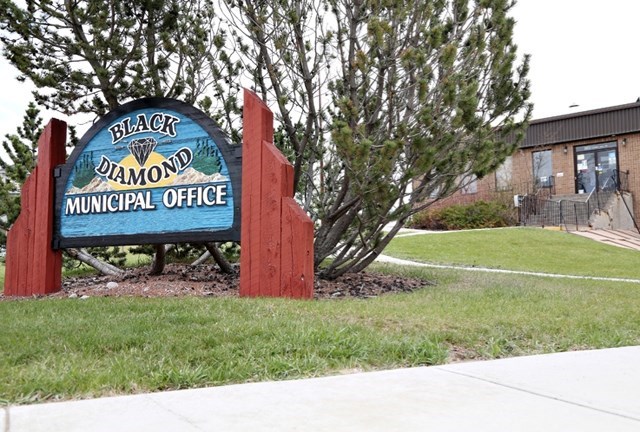 The Town of Black Diamond will be appointing members for an ad hoc working committee that will guide the town's downtown redevelopment plan. (Wheel File Photo)

Future development in downtown Black Diamond will be in the hands of almost a dozen councillors, residents and merchants.

Black Diamond Town council approved administration’s request at its July 8 meeting to strike an ad hoc work committee that will provide guidance for the preparation of a downtown redevelopment plan in the coming months.

“Because the area redevelopment plan will have a significant impact on policy around municipal infrastructure on the downtown and land use regulations and policies, administration feels it’s important that there be significant council representation on the committee,” Ross said. “That’s why we’re recommending four councillors be appointed to the community.”

He said administration will extend invitations to the above committees to provide appointees for the ad hoc working committee rather than advertise and wait for applications.

“We hope to bring forward appointees to council in early August so the committee can start working in September," he said.

The purpose of the committee, Ross said, is to consider interests of various stakeholders and perspectives, and to ensure a comprehensive understanding of the views and interests of the community at large and the landowners and business community.

“The working group will review, identify, explore and discuss relevant planning matters at key points in the planning process, and will provide direction in the preparation of strategy and policy in the area redevelopment plan,” he said. “We want a lot of people at the table bringing forward their views, ideas and representing, hopefully, a diverse range of opinions and hopes and aspirations for the downtown.”

Ross said administration contracted the Town’s engineer and planning consultants to work with the Town to provide their services in preparation of the plan.

Once the committee is formed, it will present a detailed work plan to members that will outline the approach to be taken for public consultation, community engagement and outline the scope of the work, he said.

“They will meet a number of times over the length of the project and eventually present council with a draft of a downtown area redevelopment plan,” he said. “This committee will be bringing forward a stakeholder and public consultation strategy.”

In addition to requesting a timeline for the completion of the plan, which Ross said is unknown, some councillors expressed concerns about striking the committee so close to the municipal election in October.

“If we put this group together we have four people that may not be there after an election so you will have to bring them up to date with the work that’s been done up to that point,” said Mayor Ruth Goodwin.

Ross replied that while administration understands the concerns, it made sense to go ahead when weighing the issue of a potential turnover of four committee members with the need to move forward on the plan this summer.

“We would like to do some consultation while it’s still warm out and visitors are coming through downtown,” he told council. “We want to take advantage of the season to have effective public consultation. If we delay it, it would be a significant delay.”

Ross said while the election could have an impact on members, there would still be some continuity.

“The hope is the new councillors appointed can be bought up to speed in terms of where the committee is at and work that’s been done,” he said. “This is something we’ve talked about as a challenge, but we felt that given all of the other work that will be on council’s plate, potentially in the coming year, we felt it was important to get this project moving.”

Starting this summer would allow the committee to collect the views of not only residents and merchants, but also visitors to Black Diamond, Ross said.