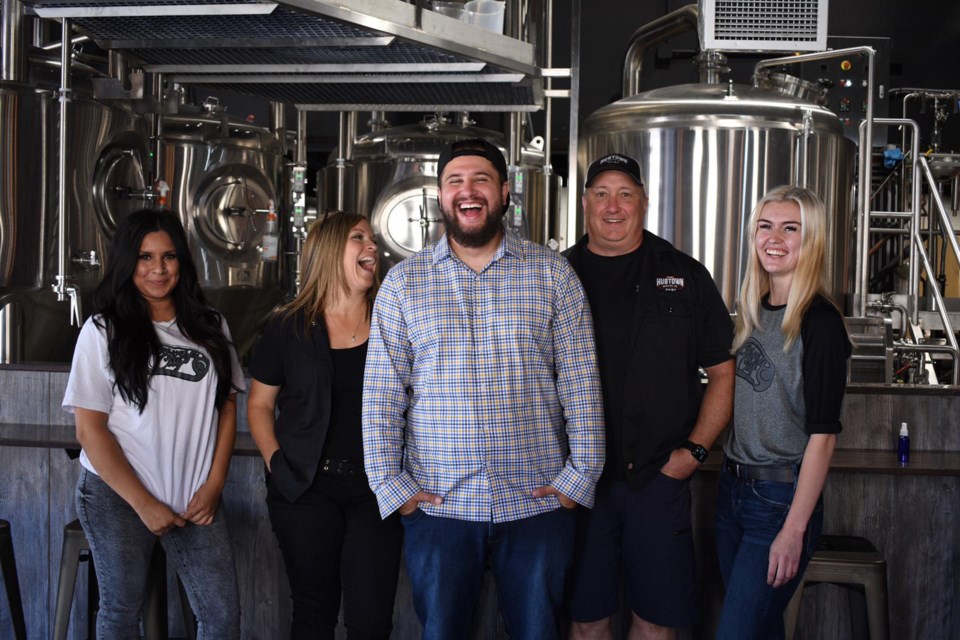 An Okotoks brewery is the latest addition to a new YouTube series developed by a Foothills Comp alumnus who found himself temporarily out of work.

The episode is scheduled for release on Aug. 13.

Forno said he was starting to hit a stride as a comedian when COVID-19 hit last spring. He’d been performing comedy across western Canada independently for two and a half years.

With nothing to do, Forno came up with the idea for Cerveza City. Cerveza means beer in Spanish.

“The idea came from just needing to have an online presence now that stand-up comedy is put on hold,” he said. “Breweries are just something that I really enjoy. There’s not this mass production. There’s a lot of personality to them.”

In the past three months, Forno featured breweries in Calgary, Fort Macleod, High River and Drumheller.

“It’s essentially a funny light-hearted interview with the owners or managers so people can get to know the breweries, what goes on behind the scenes and the thought process behind their themes,” he said.

Hub Town was on Forno’s radar after performing at the brewery with Taproom Comedy on March 11.

“The biggest thing that stood out to me about the Watts was their passion to give back,” he said. “They recognized the help that Okotoks gave them to launch the brewery and they made the point to give back as well.”

Co-owner Lisa Watts said when Forno approached her and husband Mark about featuring their brewery on his YouTube show, the were all for it.

“Juan is hilarious,” she said. “He did a comedy show for us and we know his family quite well.”

During filming, the Watts talked about their beers, what the business has been doing the last 10 months it’s been open and some of its many initiatives from the Mug Club to supporting the Okotoks Food Bank.

“People like to know the people behind the brewery and behind the beer,” Watts said. “That little bit of understanding of who they are makes a bit of a difference.”

Forno showed up with his filming crew bright and early Sunday morning.

“If you can imagine us all tasting beer at 9 a.m.,” said Watts. “The last part of the interview was a drinking game. I thought, please don’t make me play. I just got killed.”

Watts said this isn’t the first time Hub Town has been featured.

“We’ve had quite a few little interviews, but this one, because it is part of a series, is a little more unique,” she said. “It will get a little more exposure than some of the Podcasts that we’ve done.”

Forno is striving to feature all 139 Alberta breweries in his series.

“I would just love to do them all,” he said. “I think comedy, especially in tough times like these, is so important and it’s so good to have that distraction from everyday life and everything going on.”

“I was drinking in my mom’s basement and playing video games with my friends and we were thinking we were funny so I thought why not try comedy,” he said. “It was about two years of sitting with the idea before I took the leap. I gave it a shot and fell in love with it immediately.”

Comedy didn’t come as naturally to Forno as sports had growing up, but he was too determined to give up.

“I was not very successful the first year,” he said. “It definitely took practice, but just getting the few laughs that I did and knowing how good that felt I just worked towards getting better.”

Forno said the dark, inappropriate comedy he began with wasn't working out for him.

“It wasn’t really true to who I was,” he said. “Once I stated talking more about myself and my family that’s when things turned around.”

With comedy on hold, Forno's focus is now on his YouTube series.

“A lot of people looked towards breweries when COVID hit,” he said. “A lot of brewery owners saw an increase in business just through deliveries and offsite sales. Cerveza City feels relevant to the times.”