Change is in the cards for retiring Turner Valley administrator

“The Town of Turner Valley has the best staff - so professional and supportive through everything. I couldn’t have asked for a better team to work with over the course of the last 11 years.”
May 23, 2021 9:30 AM By: Tammy Rollie 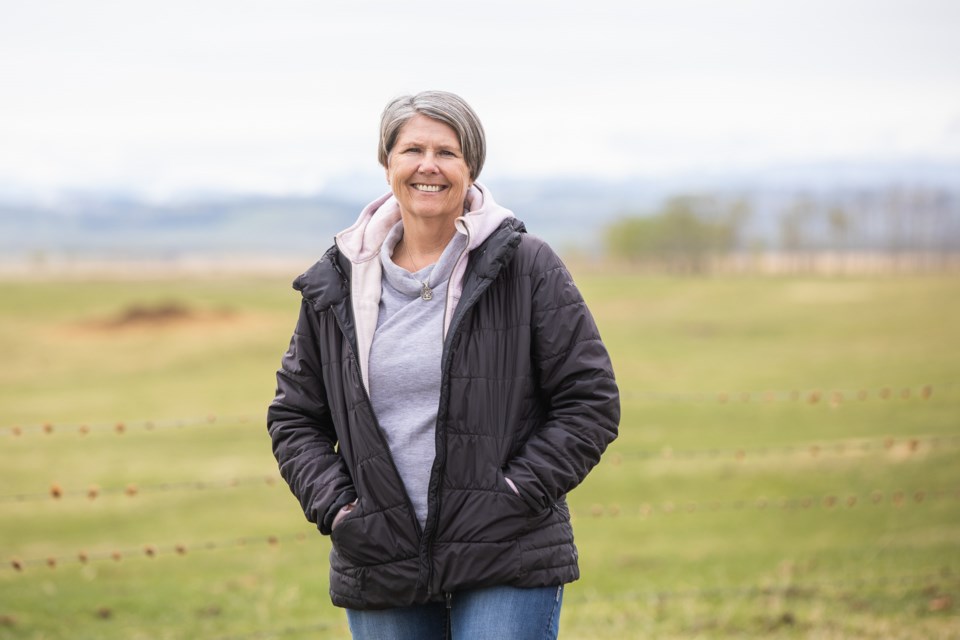 Heather Thomson is retiring after 11 years as an administrator for the Town of Turner Valley, where she dabbled in almost every department after signing on in 2009.Brent Calver/OkotoksTODAY

Always up for a challenge, Heather Thomson experienced her fair share during the 11 years she served as an administrator with the Town of Turner Valley.

Thomson dabbled in every department since joining the team in December 2009 as executive assistant, a title that changed to legislative services manager two years later under the leadership of a new chief administrative officer.

“I don’t mind change,” said Thomson. “I figure that if you’re not learning you might as well be eight feet under.”

Change is in the cards for Thomson once again as she hands in her name tag and heads into retirement on May 31.

“It’s just me moving into the next phase of my life,” she said. “I’m very sad to be leaving, but I’m also very excited to take this next step of my life.”

During her last few days on the job, Thomson can’t help but reminisce about her time spent working for the Town.

“I enjoyed learning what I learned and coming as far as I did and even being in the acting CAO (chief administrative officer) role,” she said.” I enjoyed the challenge and the different challenges that have come my way over the years.”

Thomson worked alongside 11 CAOs in just as many years and played a major role in keeping them, new staff members and new councillors up-to-date.

“One of my biggest assets is I have a great memory,” she said. “That’s what makes it easy for me to slip into different roles. It doesn’t take much for me to catch on and remember things that have happened in the past.”

Thomson came into the role with 24 years of experience doing land administration work and 10 years in the oil and gas industry.

“The biggest challenge was transitioning from private to municipal and learning the ins-and out-of that,” she said. “Once I got that under my belt that was pretty easy for me.”

The town was familiar territory for Thomson, who spent a lot of time in Turner Valley as a child visiting her grandparents before marrying a local rancher at age 19.

She spent the next several years heavily involved in the community from hockey leagues to the curling club while raising three children.

Sons Tyler, a Canadian bull riding champion, and Chad are ranchers in the area, and daughter Cheyanne Caton works as a paramedic out of Priddis.

For a short stint, while living in Black Diamond the past 28 years, Thomson was elected to Black Diamond town council in 2007, but had to resign a year later after accepting a job in northern Alberta.

It may not be her final run. Thomson is considering running again for this fall’s municipal election.

“The reason I’m considering that is because I feel that amalgamation is important and I want to see that through,” she said. “I wanted to be done working before this election so that I could consider running in it. I want to be on the other side to see how this goes.”

In the meantime, the coming weeks will be spent painting, camping and spending time with family, including learning to wake surf with her grandchildren.

“I’m still physically able to enjoy those kids at this part of my life and I want to be able to do that while I’m healthy,” she said. “I want to be a big part of my grandkids’ life and just enjoy life in the last quarter.”

For Thomson, retirement is bittersweet.

“The Town of Turner Valley has the best staff - so professional and supportive through everything,” she said. “I couldn’t have asked for a better team to work with over the course of the last 11 years. The person who replaces me will get a lot of support.”

Shawn Patience, who began his role as CAO in April, said Thomson’s assistance and guidance has been invaluable.

“In the short time I have been in the CAO position, I’ve developed a deep appreciation for the vast knowledge Heather possesses regarding legislative matters and local municipal operations,” he said. “She is incredibly well versed in so many areas - bylaw and policy development, council meeting procedures and general administration, to name just a few.”

Thomson was dedicated to her position and the community, said Patience, and has become a confidante and friend.

“I know everyone in the organization joins me in saying she’ll be hugely missed,” he said. “I wish her all the best in her retirement and pass on my sincere appreciation for her contributions to the organization and to the Town itself.”

Turner Valley Mayor Barry Crane said Thomson’s hard work, positive attitude and ability to adapt and take on the responsibilities of every position within the Town will be missed.

“She’s been an amazing asset and contributor to the overall community,” he said. “She’s been a team player and a great person all around. She helps new councillors learn the roles and responsibilities of council and helps guide them through the learning process.”

Crane said it’s been a pleasure to work with Thomson during his eight years on council, and that her boots will be difficult to fill.

“The Town of Turner Valley will definitely miss her, but she won’t be far away,” he said. “I wish her all the best with playing with her grandkids.”