The Towns are submitting a letter of intent to the Minister of Municipal Affairs on Tuesday to formally enter into amalgamation negotiations.
Sep 15, 2020 8:00 AM By: Tammy Rollie 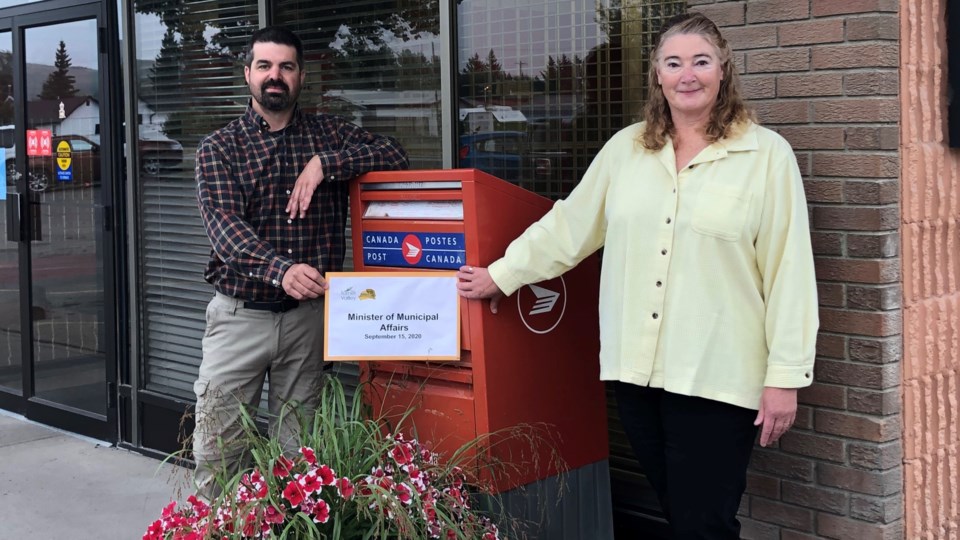 Councils and administrators in Black Diamond and Turner Valley are making the preparations needed to spend the next several months in amalgamation discussions.

Mayors, councillors and chief administrative officers (CAOs) in both towns spent the Sept. 9 friendship agreement meeting discussing the facilitator selection process, how to make meetings accessible to the public and the importance of public engagement as they prepare for months of discussions around merging the two communities.

The two Towns will submit a letter of intent to the Minister of Municipal Affairs on Sept. 15 to formally enter into amalgamation negotiations. The two communities are about three kilometres apart.

Turner Valley Chief CAO Todd Sharpe told those in attendance that an invitation to bid for the facilitator position to lead the negotiation process was posted on both Town websites on Sept. 1.

Proponents have until Sept. 21 to bid, he said, during which time he and Black Diamond CAO Sharlene Brown will select a facilitator based on an evaluated scoring system that considers expertise, experience, staff resume, cost and related experience.

“Our goal is to have a contractor in place and in attendance at our Oct. 14 meeting,” he said. “We’ve asked for a price sheet with the bid so if there are any changes we know what we would be paying for. If there are add-on requirements, we can add that on or look elsewhere for other contract services.”

The facilitator is required to attend the monthly friendship agreement meetings and other required meetings, as well as the three public information sessions, Sharpe said.

Black Diamond and Turner Valley had explored amalgamation twice before since the the 1990s, but the idea was shot down both times in a plebiscite.

In 2012, councils in both towns adopted the Friendship Agreement as a commitment between the Towns to collaborate towards expanded shared services and improved communication. In 2016, the new councils agreed to explore the potential of merging.

Consultants with Urban Systems conducted a feasibility study on amalgamation in 2017 after the Towns received a $150,000 grant from the Alberta Community Partnership to hire a consultant to conduct the study.

Amalgamation discussions will occur the second Wednesday of each month at 6 p.m. in the Flare ‘n’ Derrick Community Hall.

Last week, mayors and councillors discussed ways to make the meetings accessible to the public in light of physical distancing regulations surrounding the COVID-19 pandemic.

Some councillors were adamant that the public be allowed to attend the meetings physically.

“It needs to be an open format as much as possible,” said Turner Valley Coun. Jonathan Gordon.

Turner Valley Coun. Jamie Wilkie agreed, saying he likes the idea of the public having the option to attend, but that the meetings should also be available online.

Brown said administration will research different platforms to offer the meetings virtually and will bring recommendations back to the Oct. 14 meeting.

Any negotiations that occur throughout the process will be done behind closed doors, she said.

“The conversations that occur during negotiation are not for public fodder,” she said. “What comes out of the negotiations is public information.”

Wilkie suggested that any motions passed as a result of closed discussions provide some level of insight as to the discussions that occurred, to give the public an idea of why the decisions were made.

“The motions should include some higher level details that we would all agree to coming out of those discussions,” he said.

Brown said administration is working on keeping the lines of communication open with the public throughout the negotiation process.

“We’ve created a spreadsheet of question themes and what was responded to and what wasn’t,” she said, adding such questions asked have included if a referendum is being held and why the Towns are pursuing amalgamation now.

“This is information we will have on our website and update on a regular basis.”

Over the next several months, the Towns will work with the facilitator, once hired, to discuss a range of topics surrounding amalgamation including a community name, council representation, a municipal office location and incorporation date. Discussions will also will address financial implications, available grants and organizational structure.

Once the negotiation process is complete, the Towns will submit an application to the Minister of Municipal Affairs requesting to amalgamate.