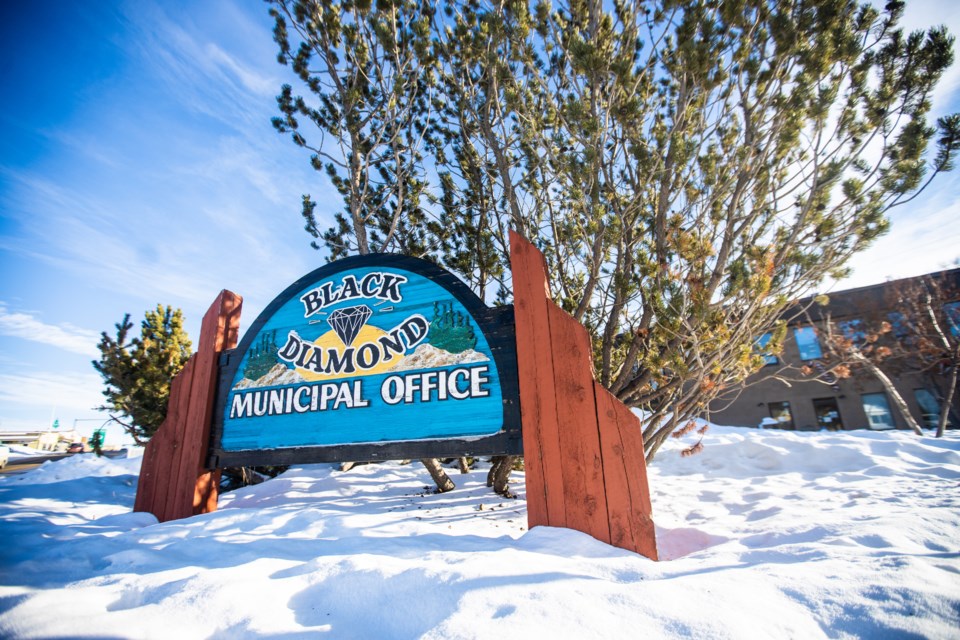 Coun. Veronica Kloiber put forward a notice of motion to council on Jan. 6 proposing a subcommittee to examine the Town’s snow removal policy and procedures.

This was in response to a Dec. 22-23 snowfall that blanketed much of southern Alberta in 20-40cm of snow and brought roads and highways to a halt.

Many posts on Black Diamond Facebook groups voiced frustration that Town staff were not actively communicating with them during the event.

Kloiber said the subcommittee, comprised of councillors, public works staff, and members of the public, would be a way to engage the public to “get them interested in how civics works, but also to make them feel like they are being heard.”

Coun. Brian Marconi said he didn’t feel a subcommittee was necessary to solve the problem for a one-time event, and that it would be March by the time council went through the motions.

Coun. Ted Bain said that while a subcommittee may not be the most streamlined method, it had its merit in public engagement and education.

“It may have been a one-time event, however there has been a lot of interest on Facebook, the public is starting to participate in the process,” Bain said.

“It won’t take a ton of time and a ton of money to set up a subcommittee to get the public involved and also make people aware that there’s a lot more to making these bylaws and procedures — a lot more to consider than just picking up the phone and calling somebody in."

Marconi posited that there are already procedures in place that can be refined and there is no need to reinvent the plow.

“Yes, there may be another one in the future, however the solution is already in the procedure of PW-009 — there is already a Plan B, it just needs to be brought forth and highlighted so people can then have the flexibility that if it’s more than 10 centimetres you go in and start clearing the streets first before you do snow removal,” said Marconi, adding that the timing, the amount of snow, and the large area of the country affected made a swift and thorough response difficult.

“We weren’t the only town in the boat, everybody else was there, everybody was screaming for private contractors left, right, and centre, and of course everybody was busy.”

Black Diamond CAO Sharlene Brown added that given the amount of snow on cars, it was not possible for works crews to do a simple plow cut down roadways.

Brown stressed that emergency services were able to co-ordinate with public works to clear roads to two incidents of a stroke and a heart attack.

“All it took was a phone call to the guys on the ground, the public works crew, that plowed out for those ambulances,” Brown said.

Coun. Sharon Hart pointed out the Town’s track record has been satisfactory with past significant snowfalls.

“I know that we definitely in the past have done a very good job and that’s probably what a lot of people are going off of and comparing this snowfall to,” Hart said.

Brown pointed out later in the meeting that one of the Town’s apparatus was being repaired at the time and waiting on a part, a circumstance which she said couldn’t be predicted to coincide with the storm.

Deputy Mayor Daryl Lalonde argued that given the time of year and road conditions, it wasn’t reasonable to expect every residential road to be cleared or safe to be driving.

He said he feels the policies can be left to administration and public works to refine and a subcommittee would simply be unnecessary bureaucracy.

“They’re on the front lines. They’re the ones dealing with it," he said. “This storm hit over 10 million people in southern Alberta, Saskatchewan… we are not the only community to suffer for a few days.”

Council was presented with three options, to direct administration to review snow management policies and procedures PW-009 and PW-010 — the roads and sidewalks procedures, respectively, to establish the committee as requested, or to give administration other direction.

It chose the first option.

“Option 1 gives administration the leeway to look at that policy and just sharpen up the pencil,” Marconi said.

Brown said in a phone interview that the timing, close to Christmas, and the short period of time over which the snow fell, made it a challenge to secure plowing, but ultimately they were successful in getting plows on the road.

“We were up against some vacation time for staff members and contractors weren't necessarily rightly available at the time that we needed to have them available,” said Brown, adding that the circumstances were extraordinary, and the only other time in the year such measures were required was in Feb. 2020.

“After the holidays, we were able to retool and get all of our contractors in order and get the snow cleared within that three day timeframe.

Town administration will present proposed amendments to the procedures to council in their meeting on Jan. 20.