Westend Regional Sewage Services Commission is partnering with Town of Black Diamond in applying for funding for a solar panel farm through the Municipal Community Generation Challenge.
0
Aug 20, 2019 9:00 AM By: Tammy Rollie 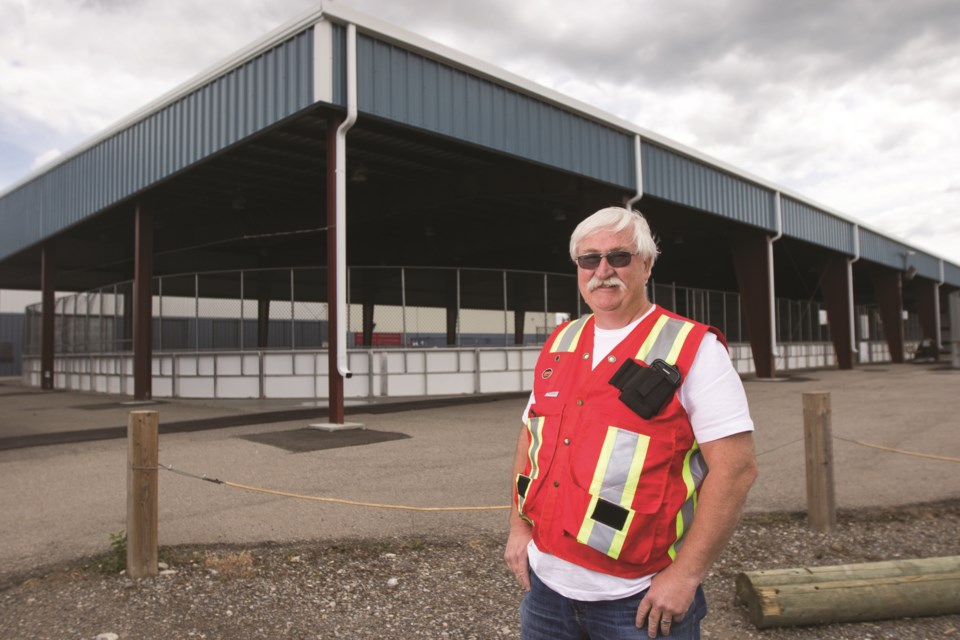 Les Quinton, Black Diamond parks and recreation manager, is working with the Town and Westend on a proposal to install a solar farm south of the upper lagoons.

A project aiming to cut high electricity costs billed to Black Diamond and Turner Valley taxpayers is one of 39 shortlisted by a provincial government initiative.

The challenge invited communities to create sustainable solutions towards low carbon electricity generation that will result in developing renewable generation products that reduce greenhouse gas emissions, diversifies the economy and whose data and knowledge can be transferred to other communities.

The Municipal Climate Change Action Centre, which provides funding, technical assistance and education to support Alberta municipalities in addressing climate change by reducing their greenhouse gas emissions, is investing up to $7 million and Alberta Innovates up to $3 to fund one or more of the projects it selects on Sept. 9.

Coun. Brian Marconi said members of Westend have discussed building a 1.3 to 1.8 megawatt solar photovoltaic system for months to generate electricity and offset electric costs to operate the sewage treatment facility. Westend, a not-for-profit corporation for the sewage treatment plant that consists of two council members each from Black Diamond and Turner Valley, is working with Calgary’s AEnergy Capital to seek funding for the solar farm before the Town discovered the Municipal Community Generation Challenge.

“The Town brought the grant to our attention and it fits in with our plan,” said Marconi. “Hopefully we will get selected. If not, then we proceed to see what other grants are available.”

If the proposal is approved, Marconi said the Town and Westend has until Oct. 18 to submit a project proposal that will include details like the cost of the project and a connection study by Fortis Alberta to determine the size of the solar farm.

Marconi said because the solar panel farm would be small-scale, the Small Scale Regulation would not allow Westend to use any of the power that’s generated directly. Instead, any electricity generated from the farm would have to be sold to the grid and that money would be used towards the operation of the sewage treatment plan to reduce utility costs for its operation, he said.

“It’s our largest consumer of electricity within the area,” he said. “There’s blowers blowing air into lines underneath the lagoons and air bubbles up to keep the bacteria growing, that’s part of the process of how they clean the sewage. There’s pumps that have to move the sewage around. It’s an outdoor system. There’s a series of five lagoons before it goes back to the river.”

Quinton said the cost of the project has not yet been determined, and he hopes most of it will be covered by grants. Any remaining portion would come from the Town’s green reserve account, which is money accumulated from the sale of access electricity from the Town’s existing solar systems.

“If we can use green power for reducing our utility bills for two towns instead of one it just makes more sense because it’s affecting a larger area,” said Quinton. “It would be a real feather in our cap to do something like that for the Town. We believe in trying to be sustainable and we will continue trying to be sustainable.”

Projects approved by the Municipal Community Generation Challenge next month must be completed by March 31, 2022.