Residents share their thoughts on whether the Town of Black Diamond should take another crack at public transit.
0
Feb 4, 2020 3:00 PM By: Tammy Rollie 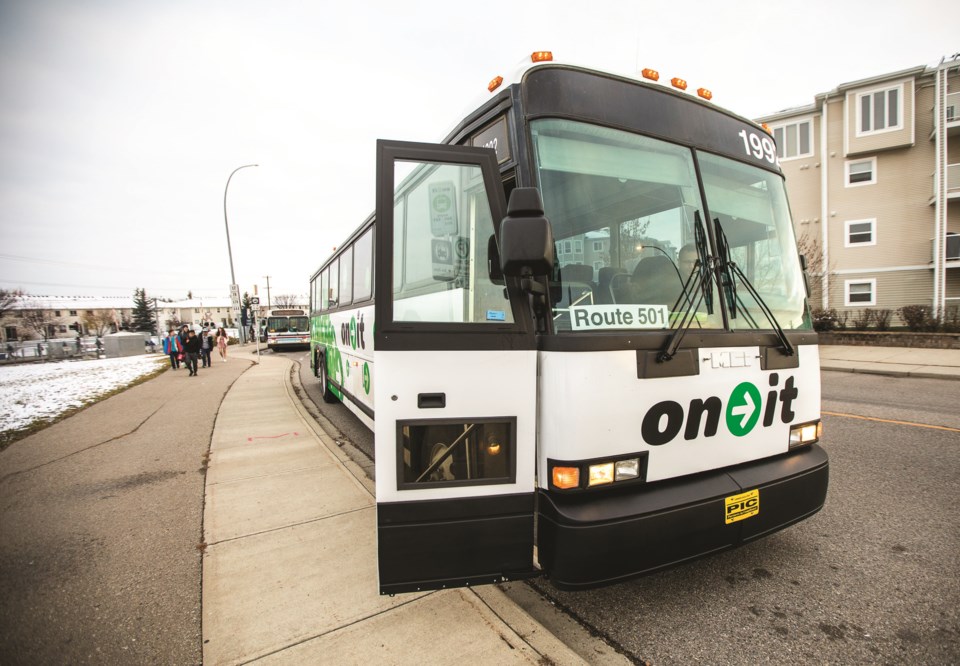 Opinions vary on whether Black Diamond should bring public transit back into the community following the failure of the On-it regional transportation system in town. (Wheel File Photo)

BLACK DIAMOND — Public opinion varies on whether public transit should roll into Black Diamond once again.

Single mom Sandra Vinish, who is on disability, said public transit would be a huge help with three teens who don’t drive living under her roof.

“It takes up most of my time through the week and weekends if they want to go to Calgary to visit their friends,” she said.

In December, Black Diamond council directed administration to prepare a terms of reference for an intermunicipal transportation committee to oversee the next phases of service development implementation as outlined in the Black Diamond and Turner Valley Community Transportation Strategy, and move forward with recommended service and partnerships.

Vinish said her daughter and her daughter's boyfriend, who recently moved in, are looking for work. Okotoks would be the best option due to its public transit, she said, yet getting there would be a challenge.

If Black Diamond were to get public transit, Vinish said she would use the service.

“I would even take it so I wouldn’t have to drive to get groceries or to Okotoks for appointments and errands,” she said. “I wouldn’t mind spending a few more dollars just to take the bus. It’s more exercise for me to get out and walk around instead of hopping in my car and it would save me a little bit on gas money.”

Melanie Shade is in a similar situation as Vinish. She drives her son, who is attending his third year of university in Calgary, into Okotoks three days a week where he takes public transit into Calgary.

She also picks him up after work at 5 p.m.

“If he could just ride all the way home it would be so much more convenient,” she said. “He used to take the On-it. It was just two or three blocks away. Both my sons used it. It was really convenient.”

Betty MacKinnon said she sees no reason for public transit in Black Diamond, and that she shouldn’t be taxed for a service she would never use.

“Why should I pay for somebody else,” she said.

MacKinnon, who is 77, said she’s not worried about the potential of not being permitted to drive when she gets older.

“Black Diamond happens to the friendliest place that I’ve lived in my entire life, and I’ve lived in 18 places,” she said. “I could ask any one of two dozen people for a ride into Okotoks or Calgary. I don’t think there’s any need for (public transit).”

MacKinnon said the failure of On-it should be enough proof that public transit isn’t needed in Black Diamond.

Since moving to Black Diamond in 2009, Fagan said she’s seen a shuttle service to Okotoks, south Calgary and downtown Calgary offered five days a week for a year fail, followed by On-it.

“I would see that bus coming in and out of here with very low ridership,” she said. “It’s close enough to walk anywhere and the pathways have really improved. There’s lot of ways to get to the grocery store.”

Fagan said public transit is not viable in Black Diamond.

“It’s proven already with the private one and On-it that it isn’t even anywhere near breaking even,” she said. “When you’ve got three or four people on a bus that’s very expensive.”

Living on a fixed income and with a husband about to retire, Fagan said she doesn’t want to subsidize the costs of public transit.

“They just keep pushing this and pushing this - I find that tiresome and offensive,” she said. “I don’t want to be paying for an empty bus to be driving around.”

Black Diamond and Turner Valley were approved funding for public transit through GreenTRIP and the Public Transit Infrastructure Fund, which have committed to pay two-thirds to 80 per cent of capital costs for transit.