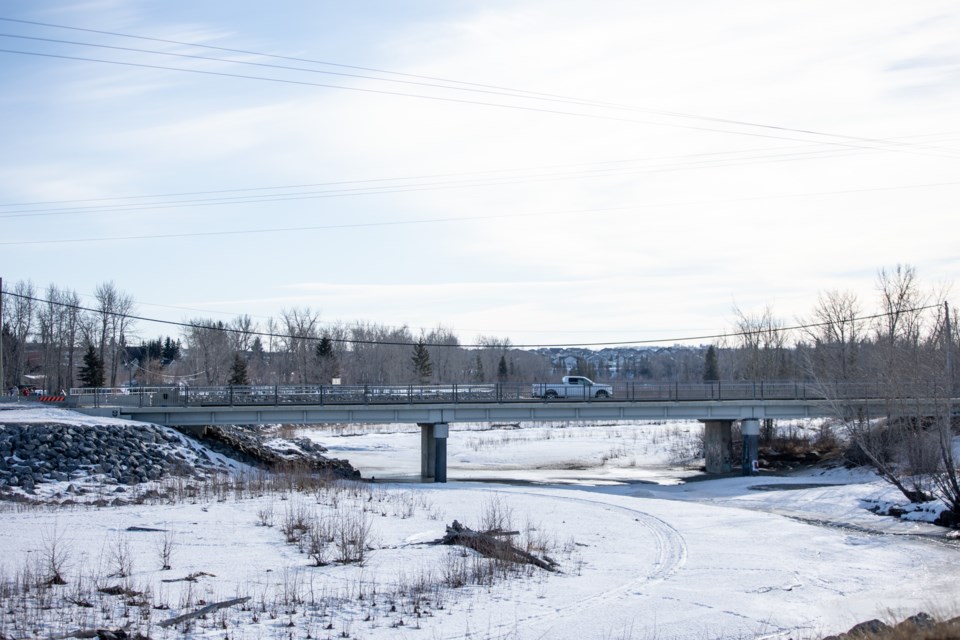 Disaster funding after floods such as the ones that damaged the bridge in Black Diamond and flooded a portion of the town in 2013 be split 90-10 between the Province and funding recipients. Homeowners will be eligible once per property address. (File photo)Brent Calver

Modifications to Alberta’s disaster funding model are a concern to Black Diamond’s mayor.

Changes to the Government of Alberta’s Disaster Recovery Program (DRP) will mean out-of-pocket expenses for residents and municipalities alike.

Black Diamond Mayor Ruth Goodwin said this could be devastating for residents in the event of a flood or hail storm, both on the spot and down the road.

“Homeowners really have to be conscious of the fact that when they claim for their emergency funding, that they may be asked that and it may implicate the sale of their property," she said.

The new model hinges on a 90-10 split, meaning going forward, any resident or organization in Alberta that seeks funding following any natural disaster will have to foot the bill for 10 per cent.

The Government of Alberta’s website, indicates the changes are that for any disaster events that occur in 2021 and in the future, qualifying residential applicants will be able to access DRP assistance once per property address to a  limit of $500,000.

This means financial assistance from the program will not be provided to future applicants who own property at the same physical location.

The funding is not cumulative, states a letter to municipalities from Ric McIver read in a March 17 Black Diamond council meeting. For example, it said, if a homeowner has received $100,000 in funding, they will not be eligible for future funding.

The changes to the funding model will not be applied retroactively to assistance provided before 2021.

The changes also mean a budget — and thus likely a tax — increase in town.

“That means that we now have to set up a dedicated reserve, specifically, in order to deal with that 10 per cent that we may need to access in case of a flood,” said Goodwin.

“That impacts taxes for any community that needs to access emergency funding from the Province."

The short notice means the Town can’t easily manoeuvre funding to be prepared should there be a disaster in 2021, she said.

“It doesn't really give us an opportunity for this year to plan for reserves for a DRP for an emergency," Goodwin added.

The eligibility for disaster recovery, specifically for uninsurable losses related to a disaster, remains the same, but the amount of assistance per homeowner is now capped at $500,000 and only once per property, said a statement from Municipal Affairs press secretary McKenzie Kibler.

This is still the highest limit of any province in Canada, according to Kibler's statement.

Highwood MLA RJ Sigurdson points out that when looking at other provinces' disaster funding models, Alberta was still bearing more of the cost than others such as B.C. and Ontario.

“We had to take a look at what was going on in Alberta considering that six of the top 10 costly as Canadian natural disasters for insurance payloads have occurred in Alberta,” Sigurdson said.

Neighbouring British Columbia requires a 20 per cent municipal contribution and Ontario asks for 25, he said.

“We're kind of sitting there and understanding that other provinces have had a cost share with their municipalities, and with that, we had to take a look at what we're doing here in the province," Sigurdson said.

“We have seen some major disasters, and of course we do our best as a province to put away as much money as we can in our disaster recovery, but we’ve got to be able to make sure that it's sustainable.

“We understand that 20 per cent, or up to 25 per cent, was a huge leap and we thought that 90-10 was reasonable moving forward.”

For homeowners, he said they can expect assistance for the next disaster, but repeat requests for assistance will not be considered.

“If we continue to see floods in houses that get flooded over and over and over again, you know, there comes a point in which I don't think it's responsible to consider that the rest of us taxpayers in Alberta continue to pay from there on in," he added.

“More people will be having that conversation about what they do for municipal and rural planning on where we're putting these homes," he said.

“It just encourages a lot of that activity that we should be doing with protecting our homes as we move forward.

He added the Province has made significant investments in prevention of flooding upstream to protect communities.