Subdivision perimeter roads moved to priority 2, piling of snow onto roadways to be prohibited.
Jan 25, 2021 10:30 AM By: Brent Calver 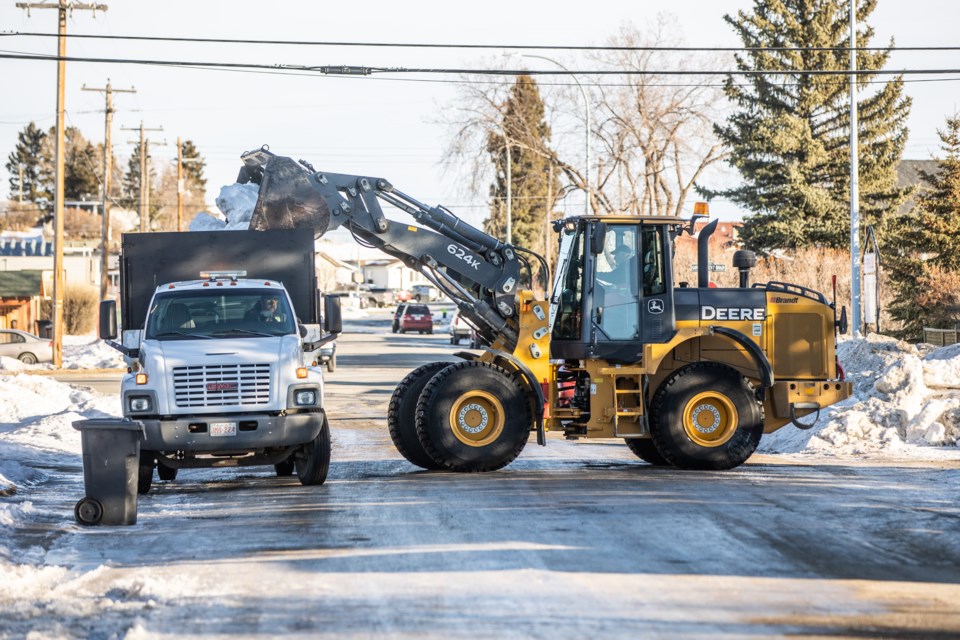 Black Diamond council has agreed to move forward with changes to snow removal.

In a meeting on Jan. 20, Town administration provided proposals for added priority routes in response to the Dec. 22 snowfall that blanketed much of southern Alberta in 20-40cm of snow.

This followed a Jan. 6 meeting when council discussed the snow event and directed administration to return with proposed changes.

Black Diamond CEO Sharlene Brown told council staff worked hard over the holidays, and a lot of positive feedback came through after the snowfall and  “people were considerably happy for the service they received.”

She added that the number of complaints made to public works and administration staff following the snowfall made the week before Christmas “almost unbearable.”

Council then voted on options brought forward by administration.

Firstly, 5 Street SW from the Black Diamond Fire Hall parking lot to Centre Avenue W will be changed to a Priority 1 route.

Secondly, Willow Ridge Manor and Riverwood Crescent will become Priority 2 due to being subdivision perimeter roads. Brown’s rationale for this in the council presentation was that this would provide closer parking for residents living in the neighbourhoods and so that their priority three streets could be clearer of vehicles for snow removal when the time comes.

“If we move those perimeter roads to a Priority 2, that allows for additional parking for those particular areas, so we can actually get the snow either removed or plowed,” Brown said in meeting.

In addition, a motion was passed adding the definition of subdivision perimeter road systems to the Town’s policies and procedures so future subdivisions will be covered.

Council also voted in favour of a fourth motion for administration to prepare the definition of maintenance routes and for them to be implemented on Priority 1 and 2 routes. The motion also included bylaws expanded to state the towing of vehicles will be the responsibility of the owner.

The fourth motion would also prohibit the piling of snow from residences and driveways onto roadways, where before the bylaw language only specified “balls of snow.”

Coun. Veronica Kloiber put forward an additional motion in the meeting to request administration take a look at increasing snow clearing and removal trigger point from 10 centimetres to 15.

Kloiber said in a phone interview she hopes the Town can find efficiencies in the process.

“I hope that we can find some money saving measures through reevaluating the service level, but not to the detriment of what the Town already provides,” Kloiber said.

The costs incurred from the snowfall, according to the council agenda package, was $42,100, not counting Town staff time sheets, which were not processed at the time of the meeting.

Kloiber said this cost might not vary much between different levels of snowfall, and that the Town could see numerous 10 centimetre snowfalls. She added that she hopes the Town’s public works and administration departments will determine potential savings.

Administration will report back to council by the end of March as to the financial and operational impacts of changing the threshold to 15 centimetres.