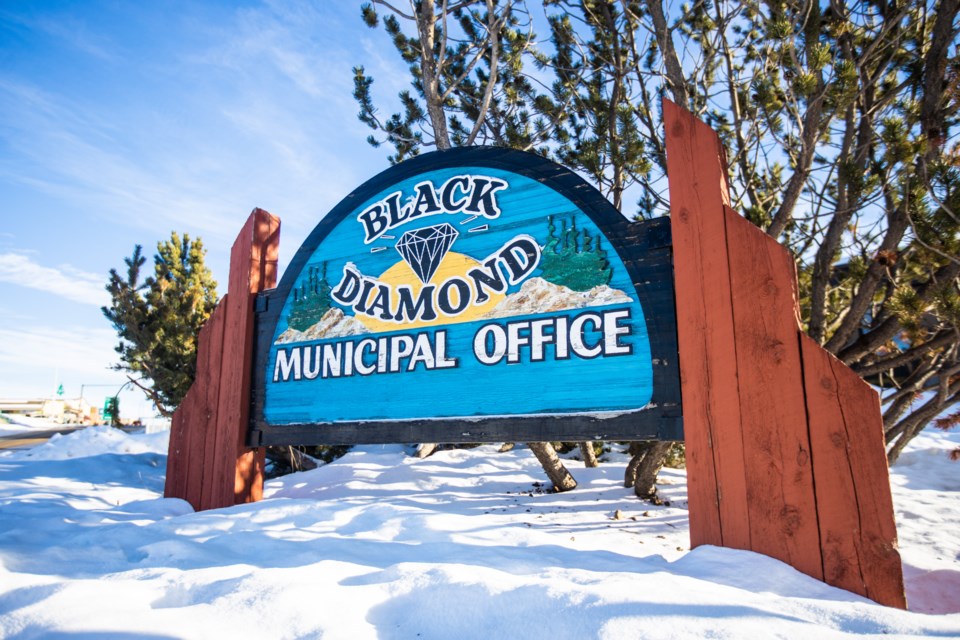 CAO Sharlene Brown said the increase of 2.72 per cent is in keeping with increased costs of operations, cost of living, and inflation.

Council provided administration with a goal of three per cent increase.

“Administration worked really, really hard and got our operational spending down to 2.7,” Brown said, adding each year administration had come under the threshold provided by council.

“From an administrative point of view, and an operations view, we've done a lot of work to bring down our spending as much as we possibly can.”

She added that as all other costs go up, the Town has to keep pace.

“As those costs of operations are escalating, we have not had the flexibility to keep up with those costs and we found other ways to be able to limit our spending," sad Brown. “Somewhere, there has to be a catch up.”

Black Diamond's overall budget for 2021 is pegged at $8,233,235 of which approximately $3.3 million needs to be raised through taxation.

Brown said it is too early to tell what the impact on the taxpayer will be with the proposed increase in operations costs.

Coun. Brian Marconi said the expenses should be reined in.

“I recognize all the hard work that's been done by administration to reduce it down to that,” he said. “However, when I looked around at our neighbouring communities, such as Okotoks, Foothills, Turner Valley, they all had zero increases — even though they were experiencing the same type of increases that we were experiencing.”

He noted council approved various incidental costs toward the end of 2020 and beginning of 2021 and suggested cutting services to make up the gap.

“We approved some new things over the latter part of last year in the beginning of this year. And without looking or knowing what the impact on the budget was. And those things are just kind of throwing everything out of kilter," said Marconi. “We have to start thinking outside of the box, and if that means doing different service levels, so be it.”

Mayor Ruth Goodwin pointed out Black Diamond has held par or lower for increases compared to its neighbours over the past several years.

“Over the last seven years, taking a look at what Black Diamond council has passed as an increase in comparison to our neighbouring municipalities. We have been considerably lower on some years, but never over," she said.

Deputy Mayor Darryl Lalonde countered the suggestion Black Diamond should hold zero along with Turner Valley and related his experiences dealing with residents of the neighbouring town.

“Dealing with residents in the community and meeting with them, there's a fear that lives over there that sooner or later, the bill comes due,” Lalonde said. “Instead of getting the small tax increases, possibly year to year, they're gonna get thumped right between the eyes, and they are scared.”

Coun. Ted Bain pointed out while researching amalgamations, he saw some towns would lower taxes and increase spending, resulting in the other town paying a larger percentage.

“When an amalgamation is due, some towns tend to decrease all of their taxes and increase some of their spending so that it ends up that the other towns pay a larger percentage,” Bain said. “It's a very common theme.”

Marconi reflected Bain’s concern that it may be an issue in waiting and amalgamation would be scape-goated.

“It's going to hit the pavement, and amalgamation is the thing that's going to take the blame,” Marconi said.

Goodwin said the increase to the operating budget is necessary without cutting those services, and is in keeping with inflation and rising costs.

She believes administration has sufficiently its their belt and found efficiencies where it could.

“We're attempting to remain at par with COLA (cost of living adjustment), or just above,” Goodwin said, adding that in the past six years the Town has kept budget increases at or below cost of living increases.

“When you're dealing with a rate of inflation, and the operations of your organization are exceeding those increases, then you're dipping into reserves and you don't want to do that.

“The purpose of reserves is when you are able to save for very specific, like capital projects, you need to have the money there..

“Our administration and staff are so good at tightening their belts, but there's no more tightening to be had.”

One added cost this year will be under legislative services, which is council's budget to accommodate for the work and costs associated with amalgamation, Goodwin added.

The motion to pass the 2021 operating budget was carried 6-1 with Marconi as the lone opposition.

The 2021 capital budget was also passed. It covers larger projects and will not draw any funds from the tax base this year, but rather reserve funds from past years and grants.