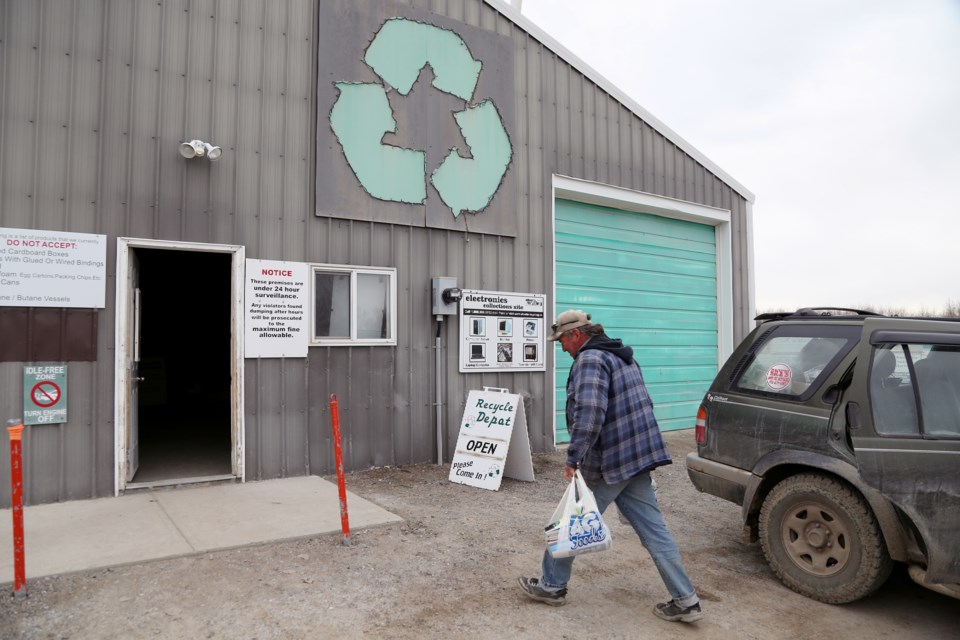 Black Diamond Town council supported the move to reduce the Oilfields Recycling Centre's days of operation from five days a week to three. A decision has yet to be made by Foothills County, the third municipality in the partnership. (Wheel File Photo)

After Turner Valley council unanimously agreed to stop the collection of plastics and reduce operating days to Tuesday, Thursday and Sunday - eliminating Wednesday and Friday - during its December budget discussions, Black Diamond council voted on Feb. 5 to not support the move.

Councillors cited there wasn’t enough information to justify reducing the hours and requested more information from Turner Valley to support its reasoning while suggesting alternate methods be explored.

The Oilfields Recycling Centre is cost-shared between Black Diamond, Turner Valley and Foothills County, therefore all decisions must be agreed upon mutually between the three parties.

Information presented at last week’s council meeting showed Turner Valley staff sampled traffic trends at the facility for a week each in November, January and February, which determined the busiest days are Tuesdays, Thursdays and Saturdays.

“They did a number of surveys,” said Black Diamond Coun. Jackie Stickel. “Their samples of three weeks in three different months determined what is deemed the busiest and that’s how they came up with those days.”

Information in last week’s Black Diamond agenda package shows the cost to manage plastics, including labour to sort and bale plastics and haul those without a market to the landfill, is $25,485 annually. Hauling all plastics to the landfill, instead, would cost $8,432 annually.

“We spent more than that trying to figure out all of these answers,” she told council. “We are not looking at a reduction in the recycling budget number and what we charge residents. As we work through the process of a more regional system it might cost us more.”

Other details in the agenda package show that reducing facility hours and eliminating plastics would save about $73,785, or $24,595 for each municipality. The primary source of the savings is through wage cuts, estimated at about $48,300 in savings.

Last year, Black Diamond paid Turner Valley $68,756 towards the cost of the facility.

Costs associated with plastics are high due to the volatility of the market and buyers scrutinizing plastic quality based on type, contamination and volume.

With China announcing it would no longer accept foreign recycling materials more than two years ago, the market for plastics has been scarce, yet Black Diamond councillors couldn’t support sending plastics to the landfill.

“I really hate not trying to recycle plastics,” said Stickel. “It’s a really bad thing not to make an attempt to do it. I think that for the general public that may be an issue.”

Coun. Brian Marconi said residents pay $6 a month to transport their recyclables to the Turner Valley facility. Curbside pick-up would cost about $20, he said.

“Curbside is going to be costly,” he said. “Are they willing to pay it because there is no other solution other than to take it and dump it.”