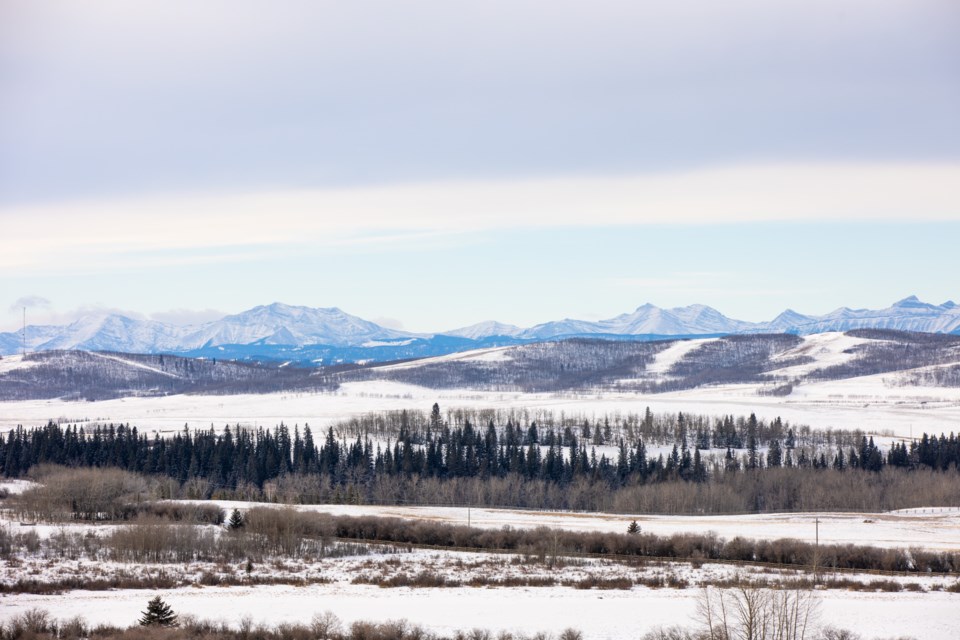 Black Diamond council voted in their Feb. 3 meeting to send a letter to the UCP government regarding their rescinding the 1976 Coal Development Policy.Brent Calver/Western Wheel

Black Diamond’s council has voted to add its voice to the growing calls for consultation regarding coal mining in Alberta.

Following a vote at its Feb. 3 meeting, council agreed to send a letter to Premier Jason Kenney advising of their concerns regarding the UCP government’s rescinding of the 1976 Coal Development Policy in June 2020.

The policy formed a framework dividing the province into four categories dictating how and where coal mining could be conducted.

The provincial government stated on its website that the policy was obsolete and the Alberta Energy Regulator would review projects going forward.

During the meeting, council heard from residents and a delegation before discussing the drafting of a letter.

Colton Vessey, a PhD student at the University of Alberta specializing in environmental geochemistry who holds a master's and bachelor's degrees in geological science, presented in a delegation to council.

Vessey, a Holy Trinity Academy grad, said he grew up spending much of his free time outdoors in the mountains and foothills west of Okotoks.

In his presentation, which cited scientific sources for each point, he outlined potential for selenium contamination was a real risk for headwaters originating in the Canadian Rockies.

He acknowledged mining is a reality.

“Mining is an important part of our society, we do need resources for our everyday lives,” Vessey said. “But it has to be done in an environmentally responsible way.”

Selenium nitrate contamination of water supplies is the greatest threat posed by coal mining from the Rockies, which Vessey stated has been found to cause spinal and facial deformities in fish and reproductive issues in fish and wildlife.

He cited previous incidents where mining operations in Hinton and Elkford, B.C. had led to selenium contamination.

He noted Teck Resources, which operates the Elkford mines, invested in an on-site water treatment facility, but it failed to reduce contamination and actually increased more toxic and bioavailable organo-selenium species, which resulted in immediate fish die offs.

Vessey added the company has developed new water treatment technology they would be implementing in future projects, but it had not been tested on a large scale.

She showed maps to council illustrating while there were pre-existing coal leases west of Foothills County around the Burns Mines area in Category 2 zone, adding the rescinding of the Coal Policy could open those areas to future coal exploration.

Stacey detailed accounts from multiple local hikers about new signage and gates appearing in the area of the Burns Mines over the summer following the rescission of the policy.

There are two active leases owned by P. Burns Coal Mines Limited registered in 2011 that rest between the peaks of Mt. Burns, Mt. Rae, and Mist Mountain, one of which is inside what was a Category 2 zone.

Application for a mining licence would still be required before a company could begin active coal exploration or extraction on a lease, and there are no licences for either of the leases.

Coun. Sharon Hart put forward the motion to send a letter of concern to Premier Kenney over the rescission of the coal policy, which was unanimously backed by council.

“If the Province is so for this going through… the Province should have been very transparent ahead of time,” she said regarding her motion.

Other councillors had strong feelings on the matter.

“I am very, very, very strongly in favour of consulting with people that are involved in any government decision, and to think a decision was made without doing so, I find quite repulsive, to be honest,” said Coun. Ted Bain.

Deputy Mayor Daryl Lalonde voiced concern that there was a demonstrated absence of justification.

“Nobody’s saying why, nobody’s saying this is a good thing. They just did it,” Lalonde said. “And I think it’s just because they saw the dollar signs.

“Reiterating what the public has told us through letters, chats, stopping on the streets, nobody wants this. I think we should be moving forward with holding the province accountable and holding them to the fire.”

Coun. Brian Marconi said the economic benefits and reality of mining should be recognized, but still supported the letter calling for better consultation.

“Our immediate concern is the Burns mines,” she said, adding she was worried to hear about the reports from hikers about activity in the area around the Sheep River’s headwaters.

“My concern is this will move very quickly, and they need to consult with all of the user groups downstream.”

Goodwin added appreciation that the conversation had a measure of balance.

“I like the fact that more people are trying to get perspective from both sides of the story,” she said.

Black Diamond resident Carol Gauzer was happy to see council back the letter.

“I've been exploring for 40 years on foot and skis in the Rocky Mountains,” said Gauzer. “We have a duty to protect it for ourselves and future generations.

“That the groundswell of opposition that is coming from such a diverse array of backgrounds; ranchers and farmers and small business and rural municipalities, adding the town of Black Diamond to that, I just feel like they did the right thing.”

Sonya Savage, Minister of Energy, announced in a press conference the morning of Feb. 8. that the Province will be reinstating the 1976 Coal Policy, pending “rigourous” consultation to create a “new, modern” coal policy.

“We recognize that rescinding this policy has caused tremendous fear and anxiety that Alberta's majestic eastern slopes would be forever damaged by mountain top and open pit coal mining,” she said.

Savage went on to say that two directives have been issued for the Alberta Energy Regulator.

First, no mountain top removal will be permitted and all of the restrictions to surface mining on Category 2 lands under 1976 Coal Policy will apply.

Second, all future coal developments and coal lease sales on Category 2 lands will be paused indefinitely pending consultations for a new coal policy.