Bar U rises above flood

A popular historic site in the foothills is rising above the damage caused by the flood that hit southern Alberta last year.
0
May 14, 2014 12:00 AM By: Tammy Rollie 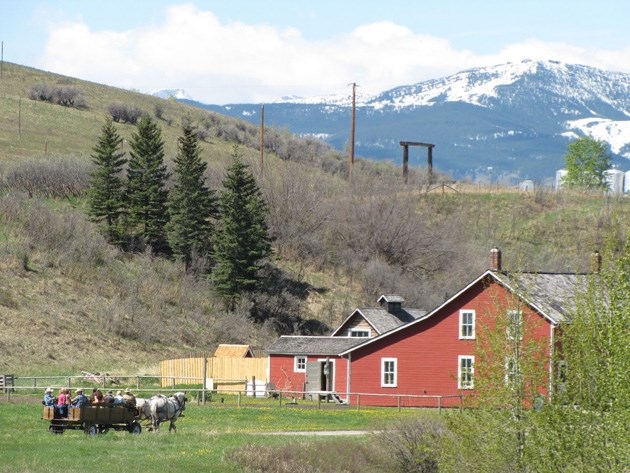 The Bar U Ranch National Historic Site opens its doors for the season on May 18. The site experienced extensive damage in the 2013 flood, all of which is repaired.

A popular historic site in the foothills is rising above the damage caused by the flood that hit southern Alberta last year.

The doors to The Bar U Ranch National Historic Site, south of Longview on Highway 22, open on May 18 and acting site manager Mike McLean said everything is ready to go.

“It seems like everything is running as it should,” he said. “Things are back in operation. We are pretty much back to normal.”

The national historic site was hit hard by the 2013 flood that devastated numerous communities across southern Alberta.

Water tore through the site, damaging historic buildings and washing away artifacts and fences when the Pekisko Creek overflowed its banks on June 20 last year.

Staff at the Bar U closed the site for nine days and reopened it in time for its annual Canada Day celebrations.

“I think people were very surprised that we were impacted as much as we were at the Bar U,” said McLean.

Adjustments were made including relocating the roundup camp to the south side of the creek as workers repaired damaged roads and buildings. All costs were covered by Parks Canada, said McLean.

The corrals, shop and area north of the creek remained closed to the public for another 63 days as repair work continued, but McLean said the work is complete and the site is ready for a busy season.

“We got things pretty much up and going at the end of last season,” he said. “It was a lot of work from volunteers and Bar U staff and Parks staff and tremendous support from our volunteers and the community and Parks Canada as well.”

The temporary closure of the site and Highway 22 just west of Black Diamond caused a reduction in visitor traffic last year by 1,500 people from the approximately 17,000 visitors the previous year, said McLean.

He said it was a small price to pay compared to what other areas experienced.

“When all was said and done a little bit of impact, but not nearly what it could have been considering that Highway 22 was closed for some time,” he said.

“The communities all around us were picking up and putting themselves back together. We were closed for nine days. You had to see a reduction somewhere.”

McLean said he hopes for a bigger and better season this year and when visitors walk through the doors they will see the same ranch they remembered from previous visits.

“The creek has changed course somewhat, but for the most part it won’t look a lot different,” he said.

Although the work is complete and things are back to normal at the Bar U Ranch, the devastation of last year’s flood is still fresh in McLean’s minds.

Admission to visit historic site remains the same as last year and is open daily from 9 a.m. to 5 p.m. effective May 18.

“We hope to see everybody out,” McLean said. “There is always cowboy coffee bubbling over the campfire.”

For more information about The Bar U Ranch National Historic Site go to www.pc.gc.ca/eng/lhn-nhs/ab/baru/index.aspx