The following is an article by Elaine Thomas, a columnist now living in Texas. Thomas grew up in Foothills County, near the Leighton Arts Centre. Her column Life In the Slow Lane often deal with growing up in the Foothills County The illustrations are by Rabbit Janecka.
Apr 18, 2021 2:00 PM By: Elaine Thomas 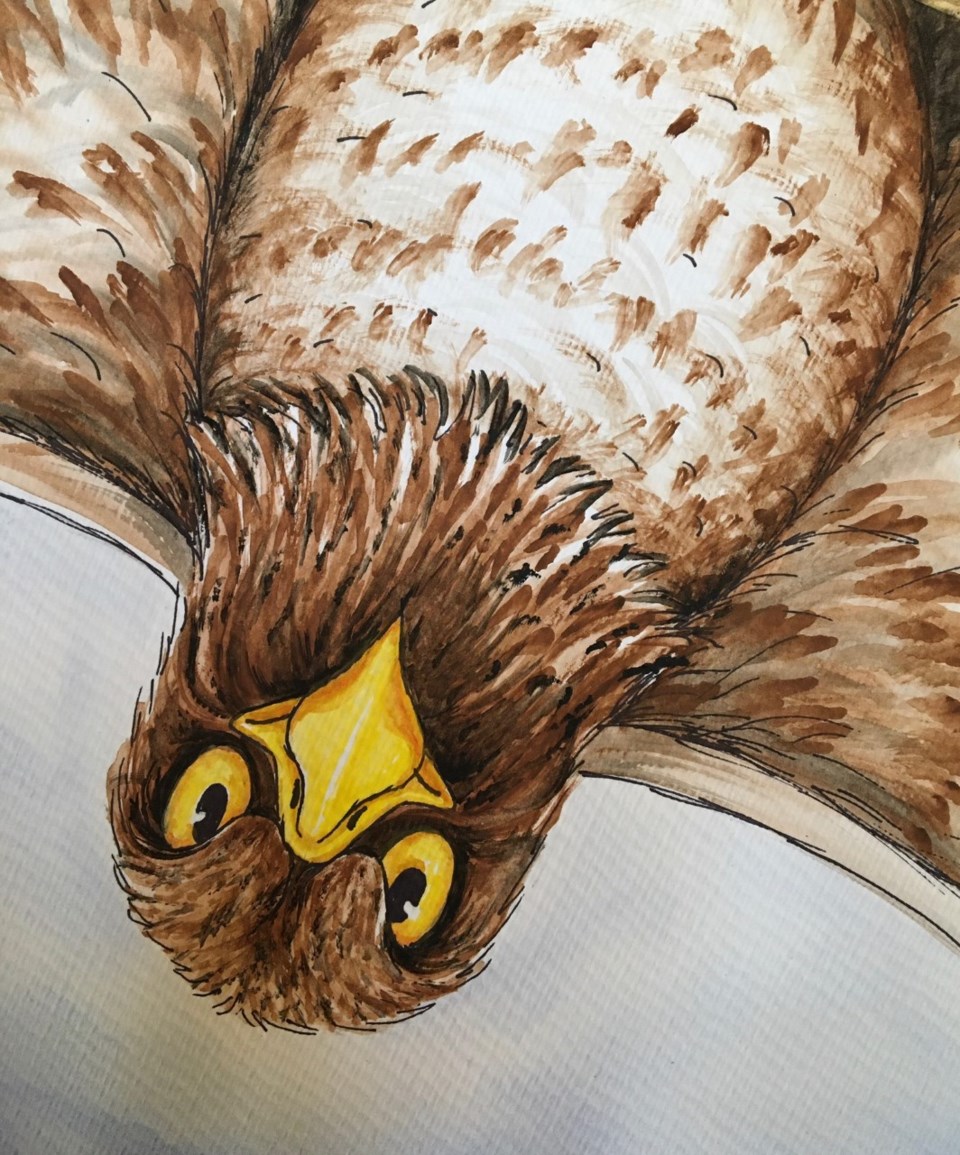 An electrocuted bird shocked a now Texas columnist while she was growing up in the Red Deer Lake-Millarville area in the 1960s. (Art by Rabbit Janecka)

That would be me

Before I was old enough to go to school, I regularly walked the quarter-mile from our Alberta farmhouse up the hill and through the woods with my brothers, sister and Katy, the dog. Occasionally, they’d allow me to carry their books.

I helped the big kids, as I called them, wait for the school bus beside the mailbox. When it arrived, my siblings would get on and head off to that wonderful place where I would someday go and learn to read. After the bus disappeared in a cloud of dust, Katy and I would turn around and walk home.

Indelibly etched in my memory is the spring morning when our routine was completely disrupted.

Hanging suspended from the top of the Calgary Power pole just inside the gate to our farm was a hawk with a massive wingspan. Although it had been electrocuted during the night, its eyes were wide open as if it refused to accept its fate.

Although they were a part of farm life, I didn’t like dead creatures. I was always saddened and frightened by the loss of a chicken, horse or cow. However, none of those deaths came near the horror of seeing that big bird hanging by its wing.

My revulsion was multiplied many times over that particular morning when Bobby and Arthur told me what was going to happen. Once they got on the bus and it drove away, I needed to watch out, they said.