Police are investigating attempted thefts at an electronics store around 5:45 p.m. on Feb. 1 that escalated with an assault on an employee.
Feb 4, 2020 12:13 PM By: Brent Calver 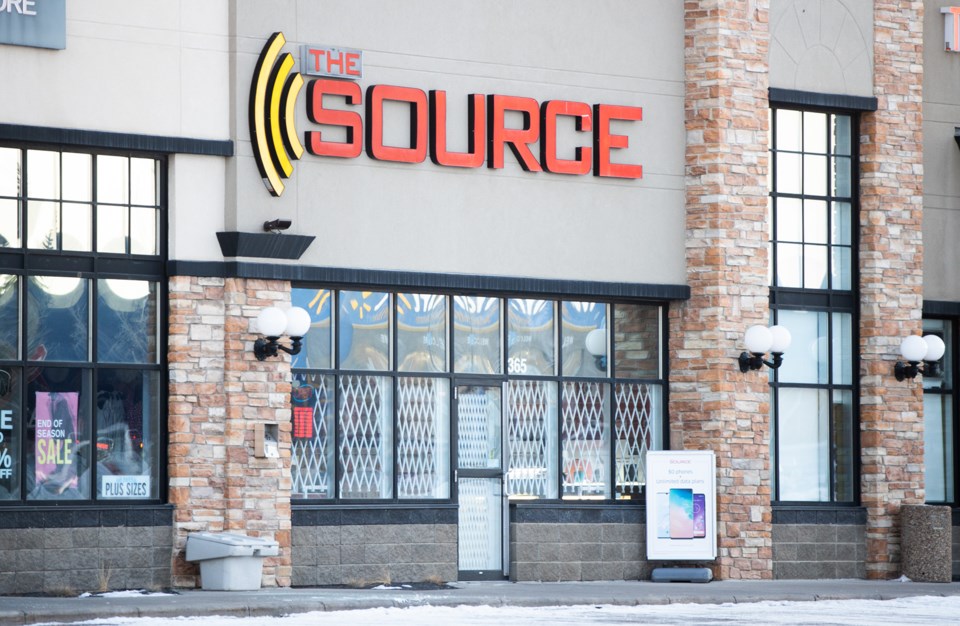 OKOTOKS–Police are investigating attempted thefts at an electronics store around 5:45 p.m. on Feb. 1 that escalated with an assault of an employee.

“What happened is four unidentified males entered the Source and immediately attempted to steal display items in the way of Apple Watches, iPads, and cell phones," said Crerar. “Unbeknownst to them a number of display items were not real."

Crerar said one of the employees approached the group and told them to stop what they were doing as another employee called 911.

“The subjects, upon departing struck one of the employees with a punch, which turns the matter from a shoplifting to a robbery event where force was used," said Crerar.

He noted that there is no evidence weapons were used, and the employee did not sustain any injures from being struck.

The Okotoks RCMP's General Investigative Section is working to identify the suspects, who are described as four black males dressed in dark clothing with their faces covered.

Anyone with information about this investigation is asked to call Okotoks RCMP at 403-995-6400 or call their nearest police department. Those wishing to remain anonymous can contact Crime Stoppers at 1-800-222-8477 (TIPS), online at www.P3Tips.com or by using the "P3 Tips" app available through the Apple App or Google Play Store.

More information may come as the investigation develops.