Why do kids vape? 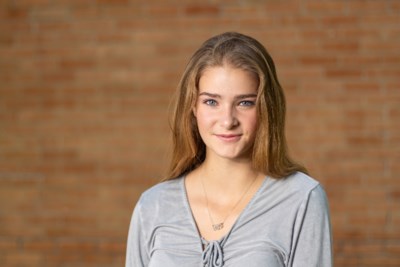 This trend has taken over the younger generation and is now in the hands of kids all over the world. Vaping started as a way to help adults quit smoking. However, it has accomplished the opposite of its initial goal as it is being used by people who have never even tried real cigarettes. So if vapes aren’t being used to quit smoking then why are they so popular?

One Grade 11 student from Okotoks, said he started vaping when he was 13 because it was “cool at the time”.

He said that he no longer finds vape cool because “no one can breathe.”

However, he continues to do it because he is so addicted to the nicotine he doesn’t think he would be able to quit.

“I would have to slowly lower the amount of nicotine in my vape but it would probably take at least six months. Otherwise I would probably sketch out (feel weird) because I wouldn’t be used to not having nicotine,” he said.

He is not alone with his addiction. According to him plenty of kids vape. He even said that it is common for kids to vape at school.

“Kids will vape in class or the hallways when teachers aren’t around or they will meet up in the bathrooms to vape together.”

He is not concerned about his health at the moment. He did however mention that in the long run it may turn out to “kill us all.”

Despite vape being very popular among youth, some of the adults from our community seem to have a different opinion.

According to Meghan Clements, a mother from Okotoks, vaping is a nation-wide epidemic taking over all high schools and teen lives. She is 100 per cent against vape because “there isn’t enough information out there for kids especially, to make good choices about what’s going into their body.”

She is disappointed in the vape industry for targeting young teenage brains that aren’t fully developed by making vaping look cool and giving it fun flavours. In her opinion in order to stop vape the solution needs to come from the government.

“There needs to be harsher penalties for underage vaping and for selling to underage vapers. I know for a fact that teenagers can walk into vape stores and aren’t always being ID’d. Teachers, police and parents especially need to be aware that vape is everywhere and most likely a part of their kids’ lives.”

Despite the contrasting opinions, it seems that electronic cigarettes are here to stay. Although there is not enough research to be certain of all the effects vaping might cause, it’s recommended that young kids who have not yet been affected by vape avoid starting. As for the kids who are already hooked on the nicotine and the buzz that vaping gives them, is it too late to change this habit? What will happen in the long run? Unfortunately, we do not have the answers to this. Perhaps the only way to know is to wait and see.

Thank you for reading this month’s article on vaping from a kid’s perspective. Another thank you to the student and Meghan Clements for giving their honest opinions on this topic despite the controversy that comes with it. Next month’s topic will be the contrast of opinions on rap music. Parents, is rap sending negative messages to young kids? Kids, what is it that you love about rap music? Let me know at westernwheel@okotoks.greatwest.ca.

Rhea Jones is a French immersion student at Foothills Composite High School who loves to write and share her ideas. Her goal with her column Dear Mom and Dad is to encourage youth to read and participate with the Western Wheel.