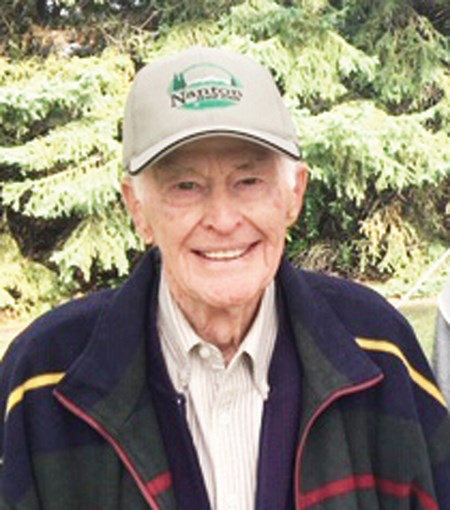 Mr. Bill Laird of Okotoks, AB passed away on July 12, 2019 at the Foothills Hospital in Calgary, AB at the age of 88 years. Bill is survived by his son Robert William (Wendy) Laird; grandchildren Donald (Betsy) of New York and Amanda (Simon) of High River; great-granddaughters Brinley and Everly. Bill was predeceased by his wife Olive on November 4th, 2017.

Bill was born in Winnipeg, MB and grew up in Birds Hill, MB. His family operated a fox farm and he had many wonderful stories of his youth. He had an amazing long career working for Manitoba Hydro. He was transferred from the south to the north. The family lived in Brandon, Boissevain, Mordon, Winnipeg, Thompson and then finally to Portage La Prairie. Bill retired and he and Olive moved to Okotoks, AB to be closer to his family and grandchildren. Bill was involved in many community projects in Okotoks. He was particularly interested in his involvement with the organization, Healthy Okotoks which was instrumental in attracting more doctors to the area. Bill was also past President of the Highwood Conservative Constituency. Bill was a sports fan and was a Dawgs baseball seasons ticket holder from day 1. He also loved curling, baseball and golf and continued to swing the clubs until his age prevented him from doing as well as he used to. He was a member of the Queens own Cameron Hylanders as well as a member of the Legion. He also sat as a member of the
Public Utilities Board in Manitoba.

Bill was always willing to help in the community in any way that he could. It should also be mentioned that without a doubt he was the best
neighbour anyone could ask for.

His sudden passing will leave a hole in the
hearts of many who knew him, but his
memory will live on forever.