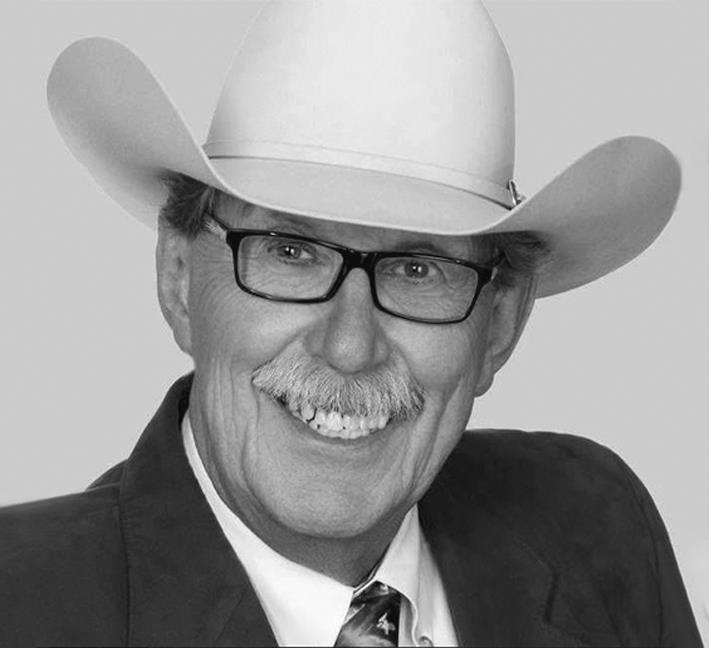 It is with great sadness that we announce the passing of Rick Smith on Thursday, July 4, 2019, at the Foothills Hospital, due to complications of pulmonary fibrosis at the age of 71 years.

Rick was born at the Grace Hospital in Calgary but spent his childhood in Longview, Alberta. His family then moved to Calgary where he spent the majority of his life, and upon his retirement, he and Erika returned to Longview.

Rick graduated from Crescent Heights High School, and then studied Business Administration at Mount Royal College before transferring to Eastern Washington University, where he obtained a Business Degree in Marketing. Upon graduation, he worked briefly for Hudson’s Bay Oil and Gas in Accounting. He then joined Heritage Park where he worked for thirty three years, twenty five of which as General Manager. He enjoyed his career at Heritage Park, as it allowed to him to meet many interesting people over the years. He genuinely cared about everyone he worked with, and his impact on people and the Park showed. Rick loved history and had an amazing memory for recalling the smallest details. He was on the Calgary Stampede Historical Committee for twenty five years. Rick was a great promoter of Heritage Park, the Calgary Stampede, and Calgary in general. He was a key contributor to the “western heritage” that Calgary is so proud of and can be credited with having a major role in growing tourism in both Calgary and all of Alberta.

Rick served on many boards over the years including Tourism Calgary, Alberta Tourism, and Calgary Coop (twenty years). He was frequently a guest lecturer at the University of Calgary School of Tourism, and in 2005 he was selected as one of one hundred fifty Centennial Ambassadors for Alberta. His commitment and dedication to the community continued right up to the day of his death in spite of dealing with health problems for the past twenty years. He was also a member of the Calgary Rotary Club for many years.

Rick was an avid hunter and was fortunate to have many good friends on whose ranches he could hunt. It was a sad day when he realized that poor health was making this favorite pastime no longer possible, but was happy to share this passion with his son, who is an avid hunter to this day.

Rick was a huge chuckwagon racing fan. He loved the sport and the people connected with it and would promote it wherever he could. His enthusiasm was contagious and many people became fans because of Rick. He first became involved in sponsoring a chuckwagon in 1984, both at the Stampede and the chuckwagon circuit. He could be found, for ten nights each year, standing on the tarmac at the Stampede, cheering on the chucks. Rick attended seventy Calgary Stampedes, and in 2016, was honoured to be made a Stampede Life Member.

Rick’s dedication to tourism and commitment to community have been recognized over the years with many special awards. Some of these include Chuckwagon Person of the Year, White Hatter of the Year, Queen’s Gold and Diamond Jubilee Medals, Alberta Centennial Medal, Calgary Signature Award, Calgary Stampede Western Legacy Award, Mount Royal University Alumni - Lifetime Achievement Award, and many other Tourism awards. Rick never sought special recognition for himself, but others recognized his special talents. For Rick, it was always about doing the right thing.

Rick was a kind, gentle, caring man who always put others before himself. No challenge was too big and he worked to the best of his ability to make things happen. He connected with people from all walks of life and was genuinely interested in their lives. He was an inspiration to all who knew him as he faced each new health challenge with an incredibly positive attitude. Rick was an amazing and unforgettable man with a big presence, a big heart and a big smile. We will miss him.

Rick will be lovingly remembered by his wife of forty years Erika, son Michael (Deanne); daughter Christine (Rob Young); granddaughters, Conlee and Whitley Smith, and Ella Young. He is also survived by his sisters, Judy (Don Eaglesham) and Sandi Smith; mother-in-law Frieda Schlunzen, as well as a large extended family and many friends. Rick was predeceased by his parents, Ralph and Thelma Smith; and father-in-law Rolf Schlunzen.

At Rick’s request, no formal service will be held. Condolences may be forwarded through www.McInnisandHolloway.com. If friends so desire, memorial tributes may be made directly to STARS Air Ambulance, 1441 Aviation Park N.E., Calgary, AB T2E 8M7, Tel: 403-295-1811; www.stars.ca, or to the Lung Association, 208, 17420 Stony Plain Road NW, Edmonton, Alberta, T5S 1K6, Tel: 1-888-566-LUNG (5864); https://ab.lung.ca/donate. The family would like to thank Dr. Stephen Field and his team at the Foothills Hospital, Dr. Matt Schuck and the caring staff at Oilfields Hospital in Black Diamond.

may be viewed online at:
www.mcinnisandholloway.com