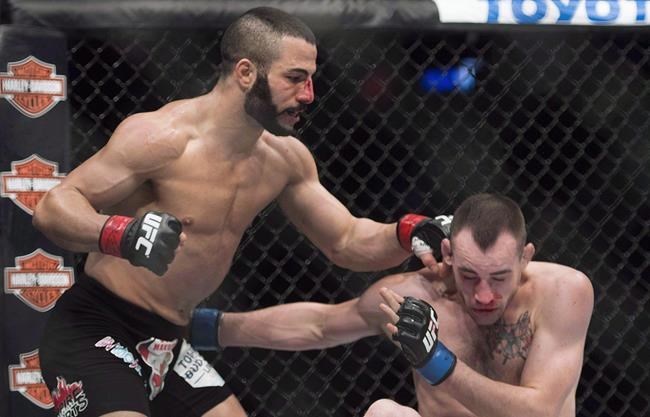 It will be 17th UFC fight for Makdessi, who has won 10 and lost six. Among Canadians, only Georges St-Pierre (22), Patrick (The Predator) Cote (21) and Sam (Hands of Stone) Stout (20) have more UFC fights to their credit, and all three are retired.

The Aug. 17 main event at the Honda Center sees heavyweight champion Daniel Cormier take on former title-holder Stipe Miocic in a rematch of UFC 226 when Cormier won the championship belt.

Makdessi is coming off a unanimous decision over Peruvian Jesus (El Mudo) Penudo on a UFC televised card in March in Nashville.

The two were a late matchup after their original opponents withdrew through injury.