'Once in a lifetime' Bisons team reflect on cancelled season 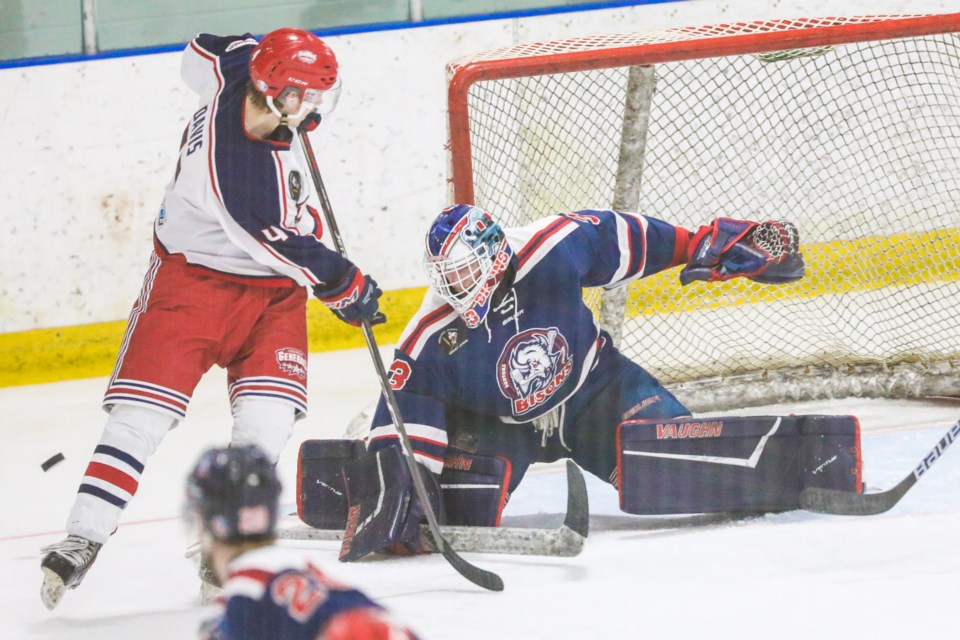 What promised to be a memorable provincial push was over in a flash.

The Okotoks Jr. B Bisons’ remarkable 2019-20 season came to a crashing halt with hockey in Canada effectively shutdown as of Friday as Hockey Canada cancelled all sanctioned activities to help mitigate the spread of COVID-19.

“They were all disappointed, which is to be expected, that’s a once in a lifetime team where all of that talent comes together,” said Bisons head coach Chris Beston. “We knew we had a team to make a good push this year and for it to end like that, a lot of people were disappointed.”

Okotoks and Cochrane were able to get one last game in before the cancellation came into effect with Game 4 of the South Final on March 12 at the Cochrane Arena.

Hockey Canada made its announcement just hours before the game and had its mandated cancellation starting on March 13.

The Generals won the game 3-2 in overtime in front of a small crowd, evening up what was supposed to be a best-of-seven series at two games apiece.

“We kind of knew it was all coming down, we were all up in Cochrane, we were there and we discussed let’s give the 21-year-olds their last game,” said Beston. “It was a mutual agreement between both teams and we decided to go ahead with the game.

“At the start it was a different atmosphere knowing that the season was going to be over, but come the second and third we started playing like another game in the season, the right way. Both teams decided to get into it and it turned out to be a fantastic hockey game.”

It was a sudden swan song for the overage trio of Jagger Thiessen, Mitch Wolfe and Kyle Harrison, the latter who didn’t play due to illness.

“It was tough when we found out before the game that this was going to be our last one,” said Thiessen. “Obviously we weren’t expecting it or anything. We had such a good year and a really good playoff run so far. Hearing that news it obviously sucked.

“It’s not like we didn’t play our game and lost, otherwise it would have been a lot more upsetting, but this was just completely out of our control.”

Thiessen agreed it was an eerie feeling to play what should have been a meaningful playoff game knowing the season would be ending at the final buzzer.

“It really was,” he said. “There wasn’t many fans because they had a max capacity of 180 people or something like that.

“Both Cochrane and us knew that this was going to be the last time we played, it was tough to play in a game like that because we all knew it was the end. We tried to play our best game, but it kind of felt like we weren’t playing for a purpose.

“But obviously this (COVID-19) a super important deal and there are much more consequences that could happen if we were to continue playing.”

Okotoks had aspirations of moving onto the provincials in Medicine Hat and were the prohibitive favourites to claim the Heritage Junior Hockey League title for the first time in six seasons.

The Bisons 35-2-1 mark in the regular season was the best record in the HJHL in 14 seasons. Okotoks had the league’s top scorer and MVP in Turner Valley’s Tyson Scott and the Top Goaltender in 30-game winner Devin Reagan tending the last line of defence.

“We were excited to see what we could do in the playoffs, it’s unfortunate the way things ended,” Beston said. “We will always have the memory of that 35-2-1, a pretty remarkable season if you ask anybody.

“I remember sitting with (GM Ryan Rarick) at the start of the season and we were just debating if we can get two or three out of these six or seven guys we’re going to have a great team. We ended up having all seven and thought, Holy Dinah here we go.

“That’s my memory as a coaching staff, having everyone pull together and put up a year like that I’ll never forget.”

“You get a team as good as ours every 10 to 15 years,” he said. “It’s pretty rare to have that good of a record and it sucks that it all went away that quick.

“But I’ll definitely be remembering every single guy on the team this year and just how good our squad was this year.”