Tim Pomares won the short performance for the novice men's division at the 2020 Canadian Tire Figure Skating Championships
0
Jan 22, 2020 8:00 AM By: Bruce Campbell 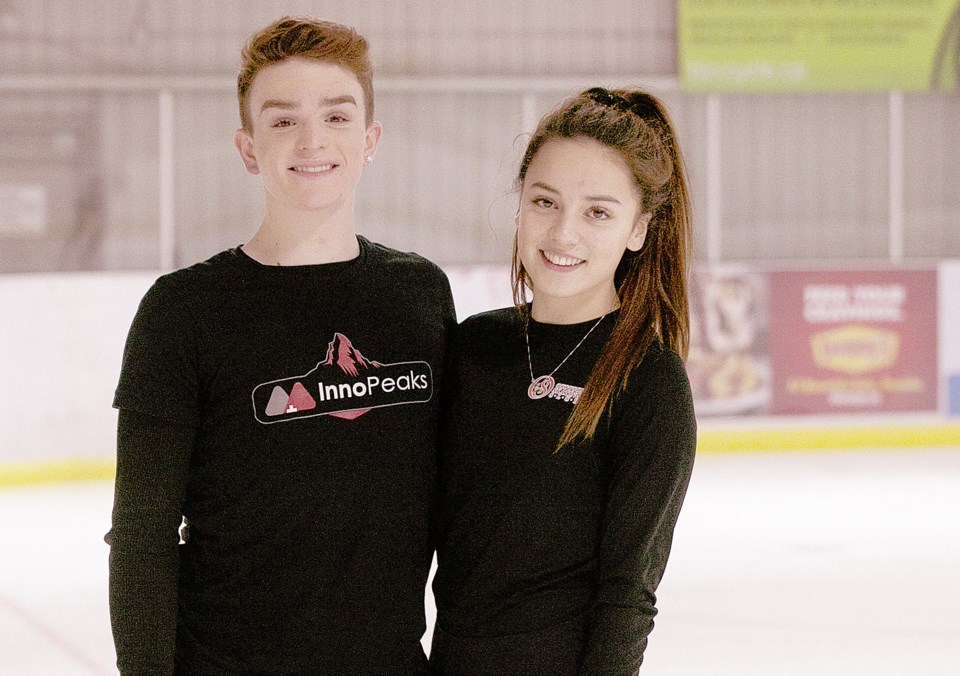 Okotoks’ Tim Pomares and Milara Okabe both finished in the top 10 in their respective categories at the 2020 Canadian figure skating championships. (Wheel file photo)

Prior to sitting down for his high school final exams, an Okotoks figure skater was tested on the national stage.

And Tim Pomares came out in the top of the class in the first discipline of the Novice Men’s competition at the 2020 Canadian Tire National Skating Championships Jan. 13 in Mississauga, Ont.

“My first jump was a Triple Lutz and that is the hardest one,” said Pomares, a Grade 12 student at Foothills Composite High School. “I executed it really well and that helped me get into the ice and relaxed into the performance.”

However, a figure skater can’t relax too much – he has to remain focused for the rest of the routine.

“I rely on my training because I do this every day,” Pomares said. “I do my job, stay focused and I rely on what I do every day.”

While Pomares was technically sound, he added a little big extra – a touch of pizzazz.

“As well as performing all of my technical elements really well I was also able to really sell the performance emotionally, which is where I also got a lead over the other skaters,” Pomares said,

He topped the skaters in the program component score thanks to his selling his performance.

There was nothing like the satisfaction of seeing  a top score to make putting in those long hours at the Piper Arena and other arenas honing his skills.

“I felt kind of relieved because I worked really hard for that moment,” Pomares said. “When I was able to achieve that it was like a huge weight off of my shoulders because I knew I could do it.”

Pomares didn’t skate as well in the long program on Jan. 14.

“It wasn’t what it wanted to be,” Pomares said.

The long skate has greater weight in the scoring. And while Pomares didn’t achieve want he wanted in the longer skate, he still cracked the top 10 – finishing seventh at the Canadian championships.

He came home pleased with what he achieved at Nationals.

“I came out of it feeling really proud of the good things I was able to do – I felt seen,” he said. “I showed up and did my job and people got to see me for the skater I am, at least for the short program.

“The long program was a disappointment, but it wasn’t too upsetting because I still have the short program to keep with me and be proud of.”

This was Pomares fourth trip to nationals and he is contemplating competing in the men’s junior level next year after graduating from the Comp in June.

His next big skate is when he has the lead as Danny Zuko in the Okotoks Skating Club’s Grease on Ice in March.

As for the immediate future, he’s focusing on his diploma exams.

To see a performance of Pomares’ winning short go to https://www.dailymotion.com/video/x7qhxjp?playlist=x6l8w8

All in the wrist

An Okotoks figure skater had to worry about more than just standing up on her own two feet in the  novice pairs competition at nationals on Jan. 15-16.

She was hoping her wrist could withstand the competition.

“Our long program has always been a struggle for us because I had a fractured wrist before my competition,” said Milara Okabe of the Okotoks Figure Skating Club. “So we didn’t have a lot of time to prepare.

“We had to make adjustments to it (to the long program) all year.”

Okabe and her partner Josh Brauner finished sixth at nationals.

She competed with a brace on her wrist at nationals. And while she said it was a “little achy” she felt it held up pretty well.

It was Okabe’s first trip to nationals and she was surprised how calm she was when she stepped on the ice for their short program.

“I wasn’t as nervous as I thought I would be,” Okabe said.

“It was a really good environment and I thought I could have fun with it – the short program is my favourite program.”

She said that the pair could have done better, possible fourth or higher.

“We made some mistakes but we ended up sixth which is okay,” she said.

Okabe and Brauner are contemplating making another run as a pair next year.

As for what’s next for Okabe, she will compete at the 2020 Alberta Winter Games in Airdrie in February in the girls individual  division

“I haven’t skated in singles for a while but I think it will be okay.” Okabe said.

To see the full results of the Canadian Nationals go to https://skatecanada.ca/2020-canadian-tire-national-skating-championships/