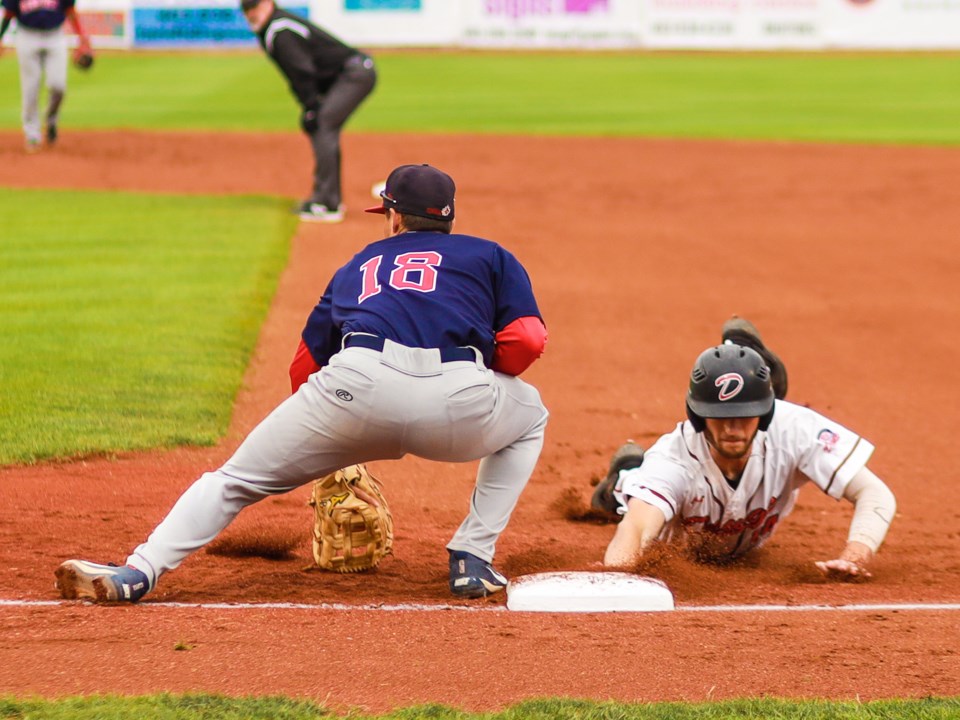 The Okotoks Dawgs are set to return to the diamond in mid-June with its season to open June 18 in Lethbridge. (BRENT CALVER/Western Wheel)

The Dawg Days of summer are just weeks from returning to the diamond.

One day after the province released its Open for Summer three-step plan to easing COVID-19 restrictions, the Western Canadian Baseball League released details on Thursday for its 2021 season including season and home opening dates.

“We will begin the season with a limited number of fans in the stands, as per guidance from officials,” said WCBL president Kevin Kvame in a league release. “We also anticipate increasing that capacity in late-June or early-July, depending on hospitalizations and vaccination rates.”

The season is slated to open on June 18 with the Okotoks Dawgs on the road in Lethbridge and the expansion Sylvan Lake Gulls hosting the Edmonton Prospects.

The Dawgs, who will field two teams during the 2021 season making use of its large crop of talented players in the academy, will have home-opening dates the following two days. Dawgs Black will host the Prospects on June 19 at 7:05 p.m. with Dawgs Red holding its home opener on June 20, a 2:05 p.m. start versus Lethbridge.

“Given the circumstances of the pandemic, we anticipated a unique 2021 season," said Dawgs Academy head coach Jeff Duda. "But we are particularly excited and think fans will really enjoy the opportunity to see not only our returning Dawgs grads but the outstanding academy players we are developing right here in Okotoks. We will be young but there will be a lot of talent on display and I am confident both Dawgs teams will be highly competitive."

Once Alberta is in Stage 3 of its reopening, there will be no restrictions on gathering limits at sporting events. That could happen as early as the start of July pending the vaccination rate and hospitalization numbers.

The WCBL release added plans are in place for a playoff semifinal Aug. 16-18 with the championship series to be held Aug. 20-23. A tentative schedule for the season is expected to be released in the coming days.

Information on ticket sales and the latest schedule information will be available at dawgsbaseball.ca.