Dawgs doubling down for 2021 WCBL season 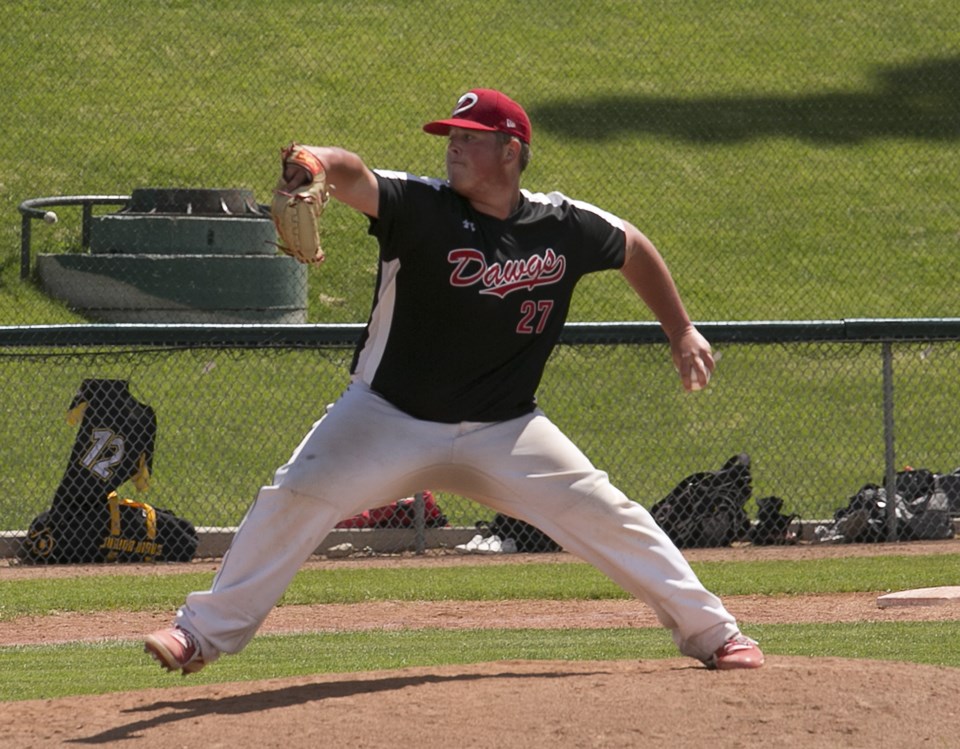 Okotoks Black Dawg ace southpaw Matt Wilkinson is glad there is a proposal for a Western Canada Baseball League season in 2021.

After a summer of no Western Canadian Baseball League in 2020 due to the pandemic, there may be twice the number of Okotoks Dawgs at Seaman Stadium this season.

The league announced on March 25 it plans to have a season in 2021, featuring five to seven teams – all from Alberta — two of which will be the Okotoks Dawgs made up of the organization's strong academy squads.

“We think it is good news, mainly because we want to give the kids a chance to play somewhere,” said Dawgs managing director John Ircandia. “It’s unfortunate the Americans won’t be able to come up, we had a full roster ready.

“But with the border crossing so uncertain,  we have started the process of telling them they are better off seeking other alternatives.

“This gives us a chance to showcase our Canadian talent."

The league has a commitment from five Alberta teams to play a 42-game schedule this summer. They are the Lethbridge Bulls, the Edmonton Prospects, the expansion Sylvan Lake Gulls and the two Okotoks Dawgs squads. The Medicine Hat Mavericks and the Fort McMurray Giants may commit in the next few weeks.

All of the players will be Canadian residents.

The Dawgs are the defending league champions, downing the Regina Red Sox in the final in 2019. The Dawgs are like the New York Yankees – strong seasons and championships are always the goal.

This year will be no exception.

The two Okotoks squads will consist of the Dawgs Black and Red Academy squad — the majority are of high school age.

“This is in the Dawgs’ tradition of raising the bar from the origin 20 years ago of playing up,” Ircandia said. “What I told the kids is every year the Dawgs college team has included six affiliate players from the high school team and it’s always a juggling act as to see who are the six to have that opportunity to play at the next level.

“I told them the great thing about this year is all of you on these two top teams get the experience of competition... we’ll probably be the youngest team in the league but I think we will compete well."

There may also be a sprinkling of Canadian players from the Dawgs’ 2019 championship squad to play, but the majority are expected to be on the younger Red squad to balance out the talent.

"I do anticipate some players," he said. "We just don't know which of those players can make it, but there will be a few from that team who are locally based coming back to play."

Black Dawg starter Matt ‘Tugboat’ Wilkinson is delighted he gets a chance to be back on the bump after a 2020 summer of intra-squad games and exhibitions.

“I think we have a chance to win it, to be honest.”

How the Dawgs are going to handle the more than 3,000 fans that come out to every game to cheer them has yet to be determined. The team has a season-ticket base of around 1,200 fans.

“What I am trying to encourage people, and we are sending out information, is stay tuned,” Ircandia said. “The government has told us it can’t make a decision with the CFL, WCBL, NHL until numbers come down.

“We will see what the landscape looks like at the end of May... I’m hopeful we have a quarter or half-capacity, but when you have 1,200 season ticket holders, it’s a problem.”

As for the coaching staffs, the Okotoks Black squad will be led by its present head coach Val Helldobler, pitching coach Jeff Duda and Academy GM Tyler Hollick. Efforts are being made to have the 2019 Collegiate Dawgs coaching staff head the Red Squad. That would include American Mitch Schmidt, the manager of the 2019 championship team. He would be joined by long-time assistant Andy Peterson, who is also an American.

For more information go to dawgsbaseball.ca Additional information will be released in April.

The Swift Current 57's, Regina Red Sox, Weyburn Beavers, Moose Jaw Miller Express and Brooks Bombers have decided to wait until 2022 to return to the field.